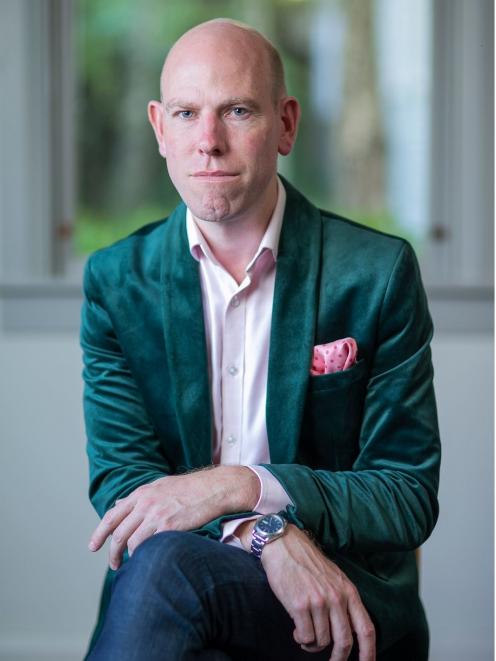 New Zealand writer and academic Max Rashbrooke has shared his analysis of the 2021 Budget with the Child Poverty Action Group in Dunedin. PHOTO: SUPPLIED
The Government’s progress on child poverty may be slow and incremental, but it is moving in the right direction.

That was the message from New Zealand writer and academic Max Rashbrooke to the Dunedin branch of the Child Poverty Action Group last week.

Mr Rashbrooke, who has special interests in economic inequality and democratic participation, was due to visit Dunedin last week to share his analysis of the Government’s approach to child poverty, but was turned back when his plane could not land at Dunedin Airport.

The discussion went ahead by Zoom instead, and about 50 people gathered in Dunedin to listen and discuss the issues.

Mr Rashbrooke said the Government’s ‘‘incremental’’ approach to child poverty was having an effect. Core benefits were up by about $90 per week, and 100,000 families $175 better off per week, compared to when Labour took power.

‘‘There has been some improvement across all of the key measures of poverty, but there is a long way to go,’’ Mr Rashbrooke said.

The Government faced a significant challenge in that, to tackle child poverty, it needed to lift the income of people at the bottom more quickly than those in the middle — which could be unpopular with voters, he said.

Among others, the Government’s long-term goals aim to tackle a key indicator of poverty — that of families living on less than 50% of the average income.

This very ambitious goal could cost up to $3billion per year, and would take New Zealand to a position of having one of the lowest rates of child poverty in the developed world, Mr Rashbrooke said.

‘‘Poverty is a very complex issue, and there is poverty among both those on benefits and working people on low incomes.

‘‘New Zealand has become a low wage economy, which is not helpful when it comes to poverty — we need a permanent shift towards higher wages.

‘‘The Government[’s members] have taken some good initial steps, but they need to keep moving forward — there is a long way to go,’’ Mr Rashbrooke said.

‘‘At the moment, they seem to be patching up the leaks, rather than trying to change the system,’’ she said.

In the past year, the Child Poverty Action Group and associated student group Choose Kids had been very conscious of the issue of housing and its huge impact on families.

Recently, advocacy groups had met to adopt a combined approach to lobby the Government to respond more quickly to the housing crisis, Ms Sligo said.

‘‘We are also very aware that the list for social housing in Dunedin is massive, and are keen to see the Dunedin City Council redouble its efforts in this area.’’

Housing insecurity was a huge issue for many people, who could find themselves in trouble for a variety of reasons, from illness and relationship breakups to having their home sold by their landlord.

‘‘We are also very aware that the list for social housing in Dunedin is massive, and are keen to see the Dunedin City Council redouble its efforts in this area.’’

‘‘Debt is also a major stressor for many people — if you are on a low wage and have to pay for car repairs or medical appointments.’’