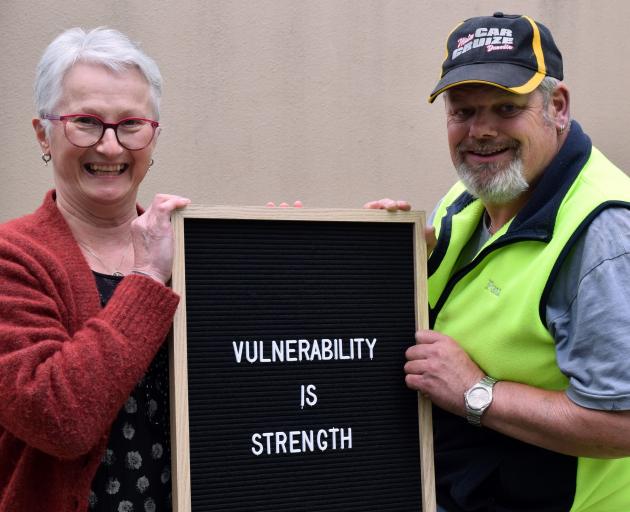 Mates Car Cruize organiser Paul Mann said the cruise, which was held in response to the suicide of Dunedin man Aaron McLeod this year, raised $2200.

Mr McLeod’s family spoke to The Star about his death last month.

Mr Mann gave the money to the Hope Centre, run by the Life Matters Suicide Prevention Trust, on Monday.

On the run, nearly 350 people travelled in the fleet — the biggest since the cruise was launched eight years ago.

The fleet departed the car park near the Dunedin Ice Stadium in St Kilda.

"I couldn’t believe the cars just kept on coming in. The car park was chocka — it was a good day," Mr Mann said.

Centre general manager Corinda Taylor said she was "blown away" by the fundraising effort.

"I was overwhelmed by the support."

She was pleased most of the cruise participants were men.

"Our men are overrepresented in the suicide stats — more than 70%."

She applauded Mr Mann for organising an event which highlighted the strength and importance of talking about mental health.

"It’s a beautiful thing you have created ... you’ve done good."

The centre provide support to anyone wanting to navigate the mental health system, Mrs Taylor said.