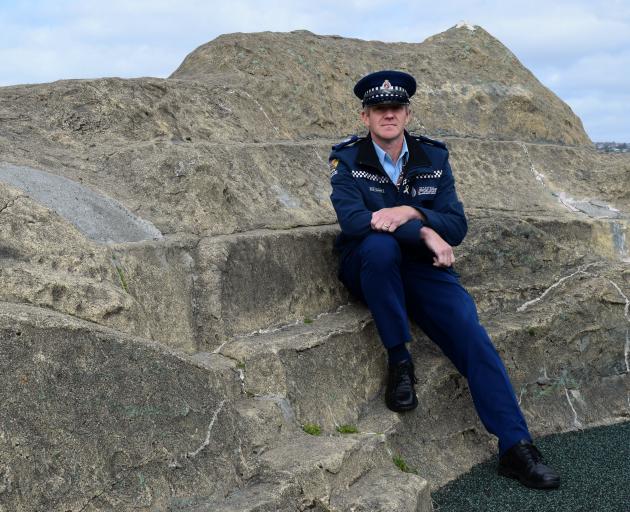 Whangaia Nga Pa Harakeke Senior Sergeant Craig Dinnissen, of Dunedin, relaxes on play equipment at St Kilda’s Marlow Park — the site of the Whanau Fun Day next Saturday, an annual event designed to reduce a spike in family harm incidents Dunedin police attend this time of year. This year’s event is on January 23. PHOTO: SHAWN MCAVINUE
Dunedin police are holding a family fun day next weekend in a bid to reduce the spike in family violence they see at this time of year.

Whangaia Nga Pa Harakeke Senior Sergeant Craig Dinnissen, of Dunedin, said this time of the year was one of the busiest for police in Dunedin attending family violence incidents.

Many families faced extra pressures which could exacerbate relationship issues and put a strain on individuals and families.

Pressures such as financial stress, increased alcohol consumption, difficult relationships with extended family, decisions about where to spend holidays and access to children in separated families were factors but were not an excuse to lash out, Snr Sgt Dinnissen said.

If someone was a victim of family violence or in a relationship which made them fearful about their own or anyone else's safety, they should seek help as soon as possible.

Violence was never acceptable and police wanted all victims of crime to be assured that if they came forward, their case would be taken seriously and treated sensitively.

If anyone was in immediate danger they could access help by calling police on 111. 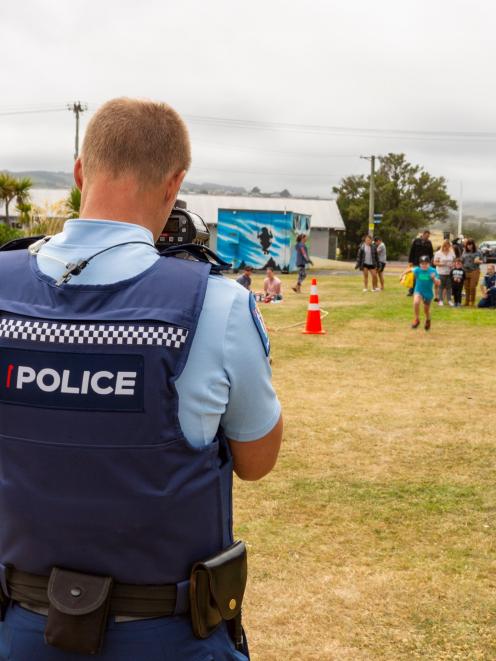 Anyone in immediate danger, who could not call police, should leave their house, get out of harm’s way and ask someone to call 111 for them.

If they were in danger but could talk they should call 111 on a mobile, stay silent, and when they heard a recorded message push 55 to get the call transferred to police.

If a victim called from a landline and did not speak, the 111 operator would ask the caller to press any number on their phone if they required an emergency service.

If any button was pressed the call was transferred to police.

In an effort to lower the number of family harm incidents, police are holding a Whanau Fun Day at Marlow Park in St Kilda from 11am to 2pm next Saturday.

"People are running out of things to do with their kids and money is restricted due to Christmas and New Year expenses so our idea was to put on a free event to get children out and about, burn off some energy and decrease the family harm happening at that time of year."

The event on January 23 will feature a free barbecue, a slippery slide, face painting, a tug-of-war competition, laser speed running, a lolly scramble and information from agencies including Civil Defence, Neighbourhood Support and Plunket.

"It’s a trying time of year so get as much support as possible," Const Dench said.