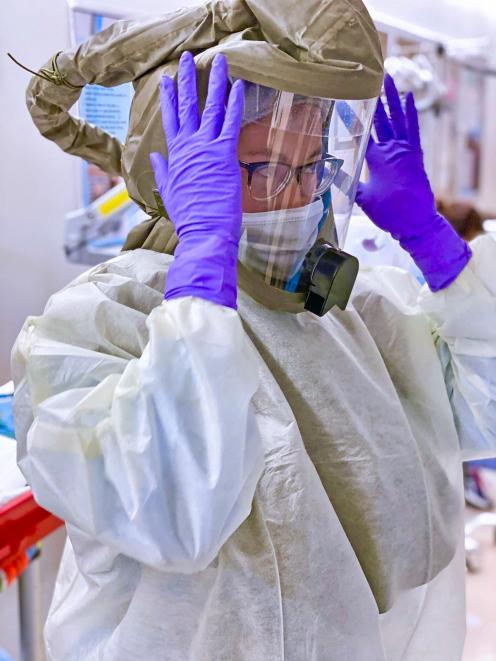 A Boston health professional prepares for working with Covid-19 patients in restrictive personal protective equipment (PPE). PHOTO: JIM RATHMELL
Dunedin-based film-makers Paul Trotman and Clive Copeman have called in every favour they can in getting their feature documentary Behind the Mask — On the Frontline Against Coronavirus over the line.

The pair have essentially "worked for nothing" for the past year, filming 111 interviews with medical professionals to document the impact of the Covid-19 pandemic on the health workforce in New Zealand and around the world.

Dr Trotman, who is a practising emergency medicine doctor, said gathering the funding to allow the film to go ahead had been difficult, but some generous donations meant that there were enough funds to finish it.

The film-makers started working on the film within two weeks of New Zealand raising Alert Levels, in March 2020, as the virus began its rampage across the globe.

"I wanted to focus on telling the medical side of the story, to ensure that the sacrifice of my colleagues around the world would not be forgotten," Dr Trotman said.

While isolating under New Zealand’s Alert Level 4 lockdown, he spoke over Zoom with medicos in Spain, Italy, the United States, Australia, and Japan.

"I have mostly spoken to kiwis, or people who have New Zealand connections, wherever they may be living and working. 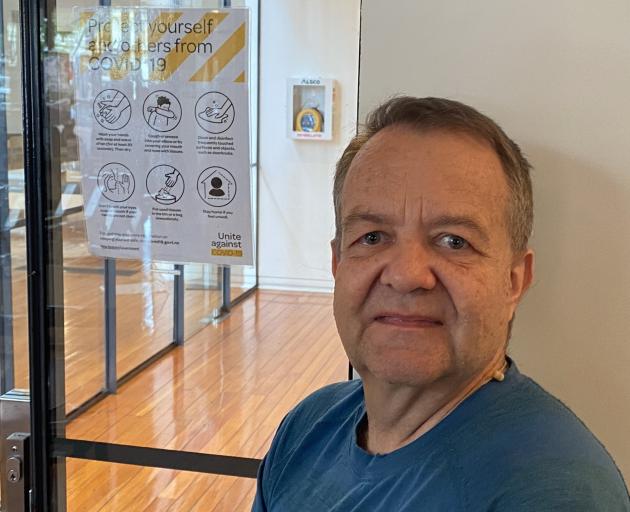 Dunedin doctor and film-maker Paul Trotman (above) and co-producer Clive Copeman have interviewed 111 health professionals around the world for a behind-the-mask documentary about battling the Covid-19 pandemic.PHOTO: BRENDA HARWOOD

"We followed a lot of leads, and made contact with a lot of people to find our interview subjects, and heard some amazing stories."

The tales include a US respiratory specialist describing intubating a 29-year-old woman who later died from Covid-19, a nurse staying overnight with an infected elderly couple in a retirement village, doctors’ frustration with a lack of PPE and life-saving equipment, and many more.

It is the personal stories that are of the most importance to Dr Trotman, rather than explaining the mechanics of the Covid-19 pandemic.

"This film is not specifically about the virus, it is about the effect fighting the virus and looking after people who have Covid-19 has had on healthcare workers, in their own words," he said.

"We are dedicating the film to healthcare workers who have lost their lives to Covid-19."

The film also looks at the huge amount of work that was put in by health professionals here in New Zealand to prepare hospitals and intensive care units for the feared wave of patients, which thankfully did not come.

At present, Dr Trotman and Mr Copeland are going through interviews and putting them together to form the narrative.

"It’s pretty powerful stuff ... there are some bits that I tear up every time I see them," Dr Trotman said.

In the coming weeks, the film-makers will be filming some re-creation sequences with help from local volunteers.

The film will hopefully be finished in June-July, when it will be submitted to film festivals and the hunt will be on for a distributor.

Dr Trotman said while funding for the film had been tight throughout it would not have been possible at all without the support of donors and grants.

"We have enough funds to finish the film, just, but we need about another $10,000 to get the project completed," Dr Trotman said.

Anyone who is able to help with sponsorship or a donation is invited to email prnfilms@gmail.com.