Friends group president Sue Lambie said the visitor information centre, next to the historic winter garden glasshouses in the centre of the lower garden, had been reopened to the public since June 19.

"Along with everyone else, we were closed during Covid-19 lockdown, but we are back on deck and ready to welcome visitors to the garden once more," Mrs Lambie said.

Formed in 1986, the Friends of the Dunedin Botanic Garden aim to foster interest in and promote the development of the garden, as well as raise funds for projects.

In past years, the friends have made significant contributions towards various garden projects, including $100,000 towards the development of the Mediterranean garden in 2010.

The 2016 duck pond pier project celebrated 30 years of the friends, and the 2016 a walk in the Botanic Garden garden guide was also a friends project.

In 2017, the friends launched the David Tannock Scholarship to support Botanic Garden staff to have the opportunity to attend conferences or seminars.

The information centre is entirely run by volunteers and is open from 10am until 4pm, seven days a week, excluding Good Friday and Christmas Day.

"Running the information centre is our biggest task — it is quite an exercise to line up volunteers to cover seven days," Mrs Lambie said.

"Consequently, we are always on the lookout for volunteers to join our roster."

It was preferable that volunteers had an interest in gardening, so they had an attachment to the wellbeing of the garden, but being able to identify plants was not essential, Mrs Lambie said.

"We have internet access to research queries, and also the excellent Hort Help service available through the botanic garden staff," Mrs Lambie said.

The information centre has specialised maps of areas of the botanic garden, such as the children’s play trail, volcano trail and general maps showing the whole 28ha garden.

Anyone who is interested in becoming a member of the Friends of Dunedin Botanic Garden and in volunteering at the information centre is invited to email friends@friendsdbg.co.nz 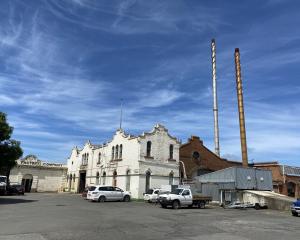 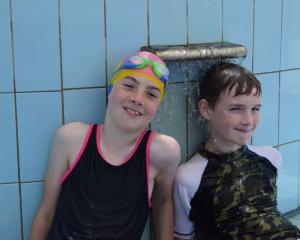