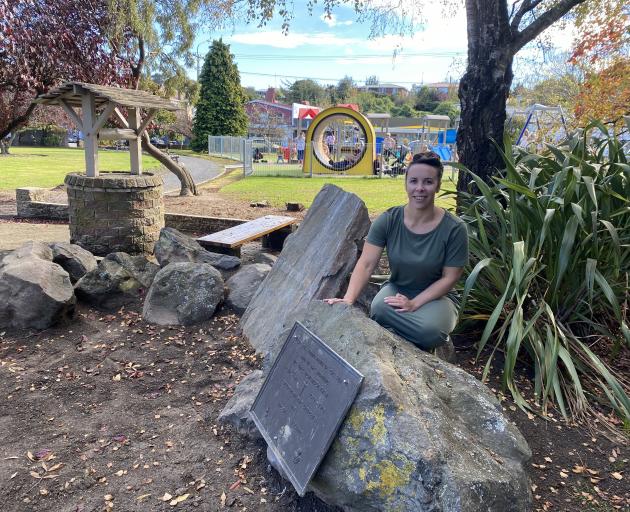 The temporary site was now behind the playground.

This would encourage people to move into the Memorial Park for the service, rather than spilling across the road, Ms McCarthy said.

"We want the crowd to come into the grounds, which is a lovely space, and so they won’t have to stand all over the road," she said.

The changes have been made in consultation with the Dunedin RSA, which was facing increased costs for road closures on Anzac Day and had welcomed the plan to move the plaques.

The changes were temporary, as the area would form the next phase of the park development, which would include building a stage for use in public events, and the creation of a permanent memorial space.

"The stage will become a performance fixture of the park, and will form part of the memorial," Ms McCarthy said.

"It will be nice to have the area, which is surrounded by beautiful gardens, being used for the first time this Anzac Day," she said.

The Green Island Anzac Day parade will assemble at Civic Hall at 10am, and will march at 10.15am to St Margaret’s Church for a service at 10.30am.

The wreath laying at the Memorial Park will be at 11am.

A service and posy laying at Green Park Cemetery services section will be held at noon.

A free bus will depart Green Island at 11.45am.