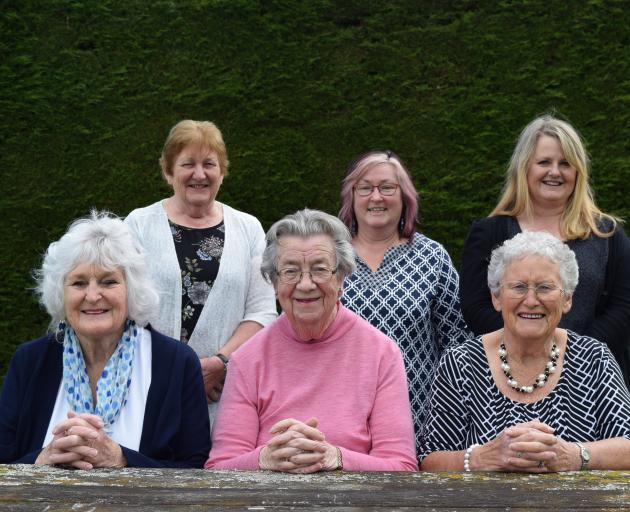 Getting set for the Outram Country Market Day at the West Taieri Rugby Club in Outram next week are committee members (front from left) Robyn Allison, of Mosgiel, Beth Daniell and Daphne Macfarlane, both of Outram, (back from left) Denise Chaplin, of Maungatua, and Kerry Smith and Maria Winward, both of Outram. PHOTO: SHAWN MCAVINUE
An Outram market set to debut next week was created after a flower show with an 87-year history in the village started to wilt.

Denise Chaplin said the annual Maungatua Church Flower Show was cancelled this year because of the difficulty organising it due to the impact of Covid-19.

The future of the show was in doubt due to an ageing committee and a lack of volunteers willing run it.

"It’s sad for the community."

The show raised about $5000 for the church last year — money the church would miss, Mrs Chaplin said.

In response to the show being cancelled, a group of Taieri women began organising the inaugural Outram Country Market Day.

"Outram needs something because the flower show brought a lot of people here," Mrs Chaplin said.

The market would feature more than 30 stalls, which had nearly sold out, she said.

Goods set to be sold at the market included crafts, plants, a sausage sizzle, jams and jellies.

The church would have a stall selling baking, she said.

All the money raised would be given to community groups in Outram.

People could write to the market committee to request a share, she said.

Maria Winward, of Outram, said she had hoped the market would become an annual event.

"I was keen to keep the show going but the market has evolved out of it, and [the new event is] something we would like to happen every year and grow into something bigger."

Outram Country Market at West Taieri Rugby Club, in Formby St, Outram, between 10am and 4pm on November 22.