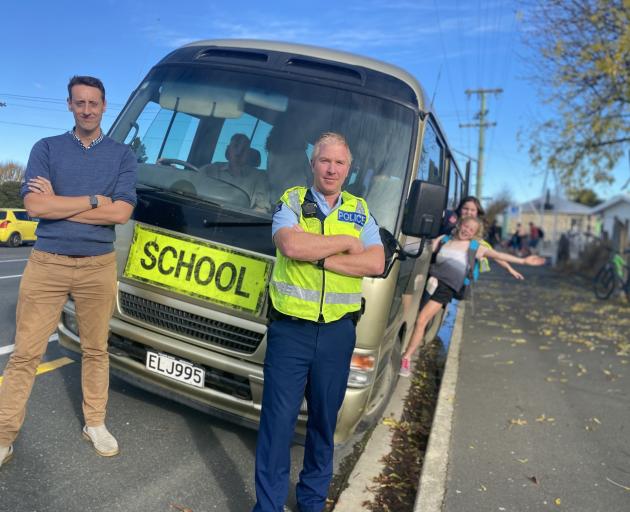 She takes them by the hand.

She looks right, looks left and then right again before making sure it is safe to cross the road.

And every day, she says, the vehicles that pass her at more than 100kmh remind her that she must stay on her game and never be complacent.

She shares her daily round of Russian roulette with the Stevenson family, whose children also negotiate the same stretch of road and that prompted the families to write a letter to their children’s school to highlight the concern.

"As with all safety issues, it is best to try to do something about it, rather than look back in regret and reflection," Mrs Jones said.

The legal speed limit is 20kmh when passing a stationary school bus.

"But the nature of the open roads means that on many occasions vehicles are travelling at high speeds when approaching the bus.

"Many do not slow down or only have time to slow slightly."

Strath Taieri principal James McArthur said the school had approached the NZ Transport Authority to investigate the possibility of signage in the area and Otago Road Services, which operates the school buses, has also been approached about installing a removable LED 20kmh sign on the front and rear windows of the bus, which motorists could better see and identify.

"The school community is really keen to see these LED signs go in," Mr McArthur said.

"We know other school buses around the country that have them have seen significant behaviour change from passing motorists.

"We are even happy to cover the cost of the signs."

So far, the school has not had much traction from either organisation.

"But we are optimistic we can find a way make a positive change," Mr McArthur said.

The school has created its own awareness campaign to educate regular road users to slow down if they encounter a stationary school bus.

"We’ve created an ‘Either way it’s 20k’ poster which we have shared online and via our local newsletter.

"We have also written to many businesses and organisations that we know use State Highway 87 frequently, to remind their staff of the speed limit.

"It’s been met with a lot of positivity and buy-in, which is really good to see."

Middlemarch community constable Allan Lynch said he would continue to monitor and enforce the speed limit around stationary school buses.

"If the speed limit is 20kmh and someone’s caught going 110kmh, that’s a loss of licence straight away. It’s a no-brainer to slow down," he said.