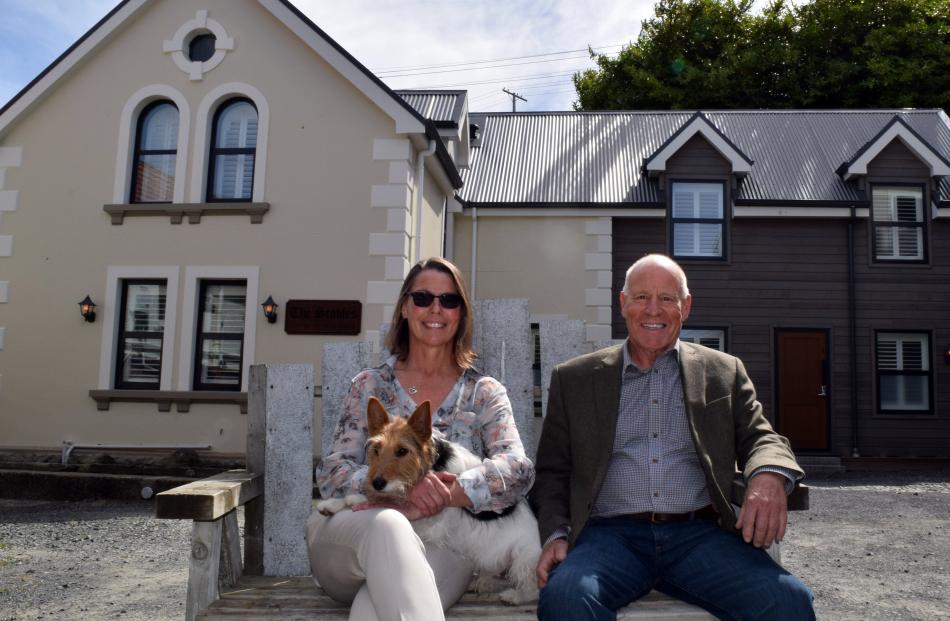 The Stables owners Caryn Bouton and Malcolm McDonald and her foxy-cross dog Dexter relax at the former stables they developed into historic accommodation in central Dunedin. PHOTO: SHAWN MCAVINUE 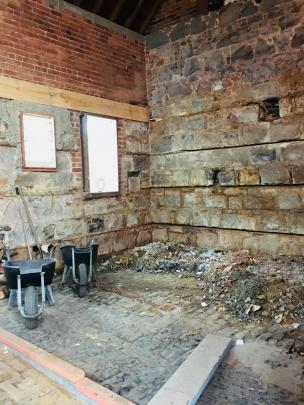 Rubble covers the floor during the early stages of the project. PHOTOS: SUPPLIED 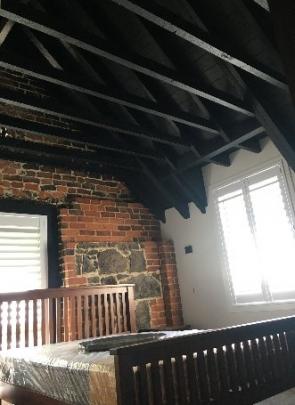 Exposed brick and timber vaulted ceilings feature in rooms at The Stables. 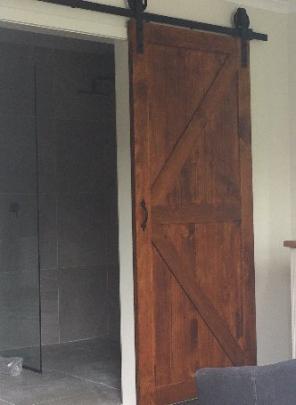 A wooden imitation stable door features in a bathroom at The Stables.

A punt two Dunedin business partners took on restoring a historic horse stables is beginning to pay off.

When developers Caryn Bouton and Malcolm McDonald bought a property in Elder St about five years ago, it came with a horse stables built in the 1870s.

Ms Bouton said the outbuilding was a "crumbling borer-ridden liability".

However, original architecture and materials remaining in the outbuilding, included cobblestones in the courtyard, brick and bluestone walls and a vaulted ceiling of native timber.

Rather than demolish it, they decided to launch their first heritage project to strengthen and restore the outbuilding as accommodation.

Mr McDonald said the project took about 18 months to complete, three times longer than they expected.

"That’s evidence of our naivety."

The project also cost twice as much as they expected, he said.

Challenges faced during the "complex and tricky" project included borer in the floorboards, replacing the roof, nothing being level and a lack of right angles for the builders Geoff Anderson and Keri McKay to work with.

Ms Bouton said the materials introduced to the building were chosen to complement its original features.

Stone floors were installed in the bathrooms to tie in with the bluestone walls, Ms Bouton said.

"It took a lot of blood, sweat and tears getting the plaster off to reveal the brick and bluestone."

Lighting in the rooms pointed upward to illuminate the native timber in the vaulted ceiling, Ms Bouton said.

Mr McDonald said bookings for the seven rooms had been steady since opening in June last year.

"The numbers don’t lie — our turnover in June was minuscule but the trend is your friend and the turnover has been going upwards — every month increasing on the month before."

A 2020 Dunedin Heritage Awards runners-up certificate was on display in an entranceway to The Stables.

Ms Bouton said it was "nice" for people to be able to see the certificate when entering the building.

"Some people don’t realise it’s such an old building and think we are going for a shabby chic kind of style."

History of The Stables.