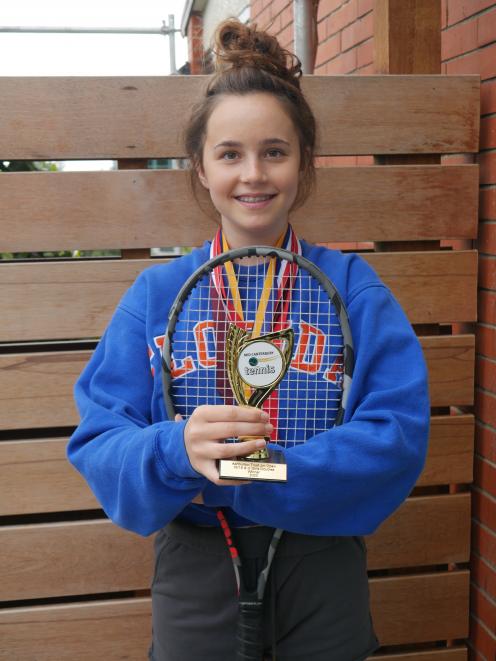 The two met through the sport and usually pair up when they are competing at the same tournament.

They played three other teams in a round robin format before making the final, which they won comfortably.

"It was really good," Erin said.

"I don’t think we played one doubles that took more than three games off us."

They then played against each other in the final of the singles competition, which Jess won.

Erin won all her games until the final, which were all quite tough, she said.

The tournament was held over three days at Labour Weekend.

Erin had just finished a one-day rowing camp, in preparation for an upcoming regatta, before heading up to Ashburton.

She had not played tennis in a while so was pleased with her performance.

Luckily, she is involved in other sports which keep her fit in the meantime.

"Usually when I’m quite fit I can just pick up a racquet and get back into it," she said.

"Tennis doesn’t really keep you fit, you have to be fit for tennis."

She is a member of the Mornington-Roslyn club and has been playing for about four years.

As well as rowing and tennis, she also plays touch and rugby.

She hopes to become a tennis coach.