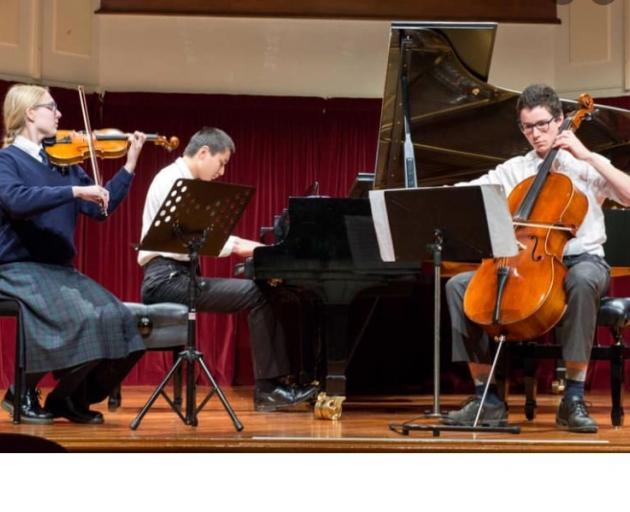 Brother and sister Alexander (15) and Sophie (18) Sun, both pianists, are behind "Connections — Autism Fundraising Concert", which will raise awareness and funds for Autism NZ and the Otago Children’s Autism Support Group.

The pair, whose younger brother Benjamin (13) has autism, said their family had received much support from both organisations, and they were keen to support them in turn.

"The work they do is very important and deserves support," Sophie said.

It will be held on August 2, from 7pm at the Otago Boys’ High School auditorium.

Alongside the established musicians, Alexander and Sophie will each perform solo pieces on piano, and Benjamin himself will step up to perform on piano.

The trio, which won the Otago district chamber music competition in June, has qualified for the national semifinals, to be held in Christchurch on August 6.

Six of the 12 groups in the semifinals will be selected to compete in the national finals, to be held the next day.

"Performing in the ‘Connections’ fundraising concert will be a great opportunity for us to support a good cause, and to also present our Gareth Farr piece to an audience before the competition," Boudewijn said.

Prior to this year, Eccentrioties involved Skyla, Boudewijn and Sophie, with Alexander taking her place at the piano in January.

Boudewijn plays with the Dunedin Symphony Orchestra, he and Skyla both play with the National Youth Orchestra and Skyla was concertmaster of the NZ Secondary Schools Orchestra this year.

"Being involved in orchestras and chamber music is great fun and is a really good way to meet like-minded musicians," Skyla said.

"Connections — Autism Fundraising Concert" will also be a "last hurrah" for Sophie, who is leaving Dunedin on August 8 to travel to the United States, where she will study sciences at the Massachusetts Institute of Technology (MIT) for the next four years.

"It is an exciting time for us all," she said.

Tickets for the concert are available by emailing autismconcert2021@gmail.com