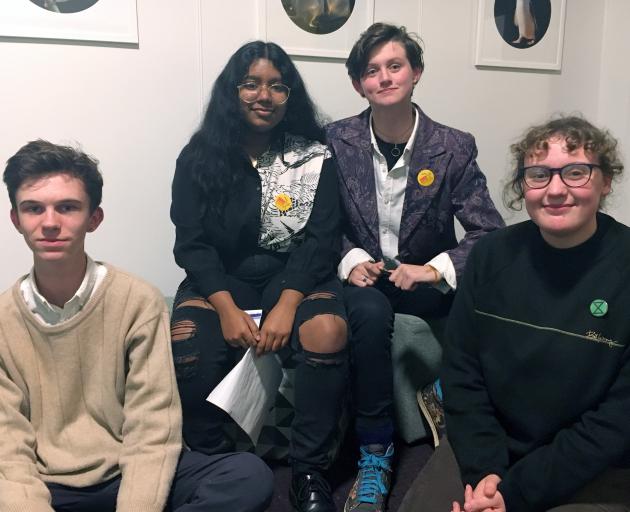 About 80 people gathered at the Malcam Trust in Maori Rd for a discussion on the topic of youth spaces in the city.

Miss Kotkamp said spaces she enjoyed in the city were malls, while Mr Sommerville said he enjoyed tracks and the beach as well as spaces for art and culture.

But some public spaces seemed intimidating and not youth-friendly, he said.

Miss Swney said better communication could help young people know what spaces were available to them.

Pepa said she would like to be able to listen to music in an alcohol-free environment.

There were many high school bands that did not really have a space to play outside of school, and young people wanted to listen to them without going into a bar.

Dante said some 16- to 18-year-olds who had left school and started working could find themselves outside the previous support of schools but were still in a vulnerable position.

Some who had left home could take part in "bed surfing" in an uneven power dynamic, relying on older people for a bed for the night.

"People will trade sex for a place to stay."

Liam said many within the queer community were vulnerable to relying on older people and visiting adult spaces, including bars, while still under 18.

The Otepoti Youth Vision project was launched in May 2019 and aimed to ensure young people felt valued and empowered in the city.

Council manager community development and events Joy Lanini said the vision was developed with young people after a range of focus groups and hui and with organisations supporting youth within the city.

"The discussion on the night around youth-friendly spaces was ignited by a proposed project based on feedback from young people about the lack of free activities [and] spaces within the central business district.

"The project is yet to be confirmed in terms of timing but intends to better understand ... [young people’s] needs and ... ideas for a more youth-friendly CBD."