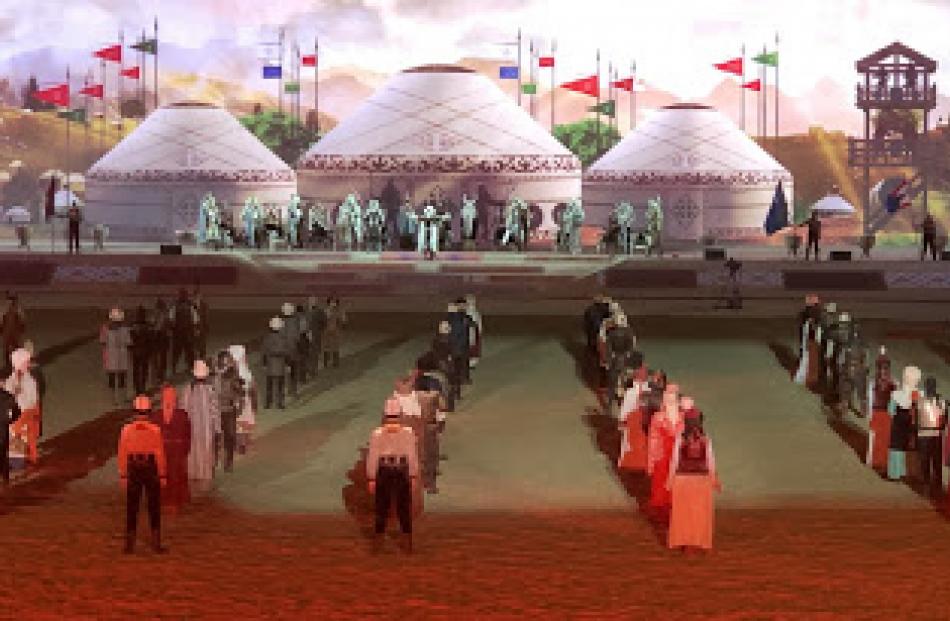 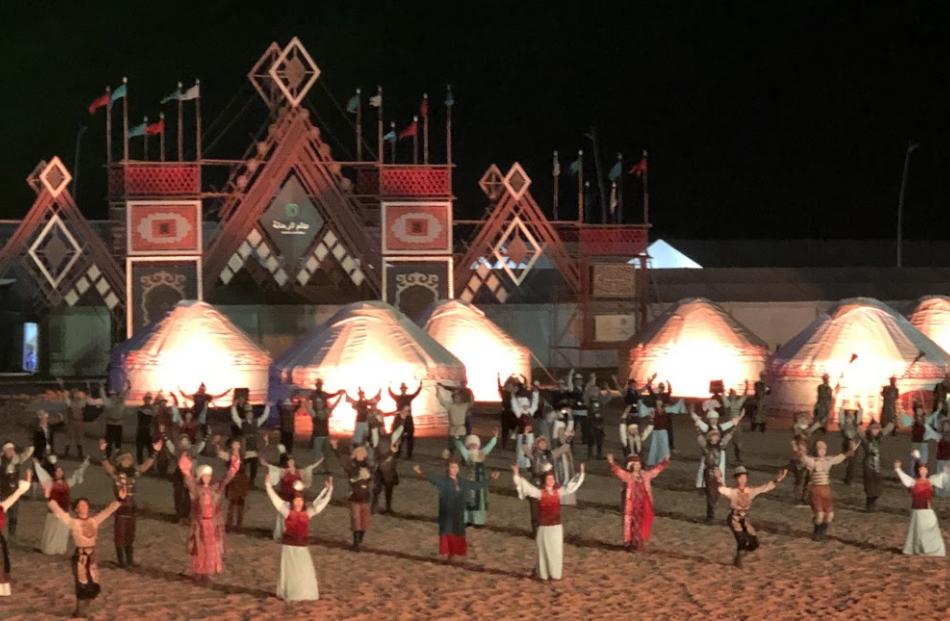 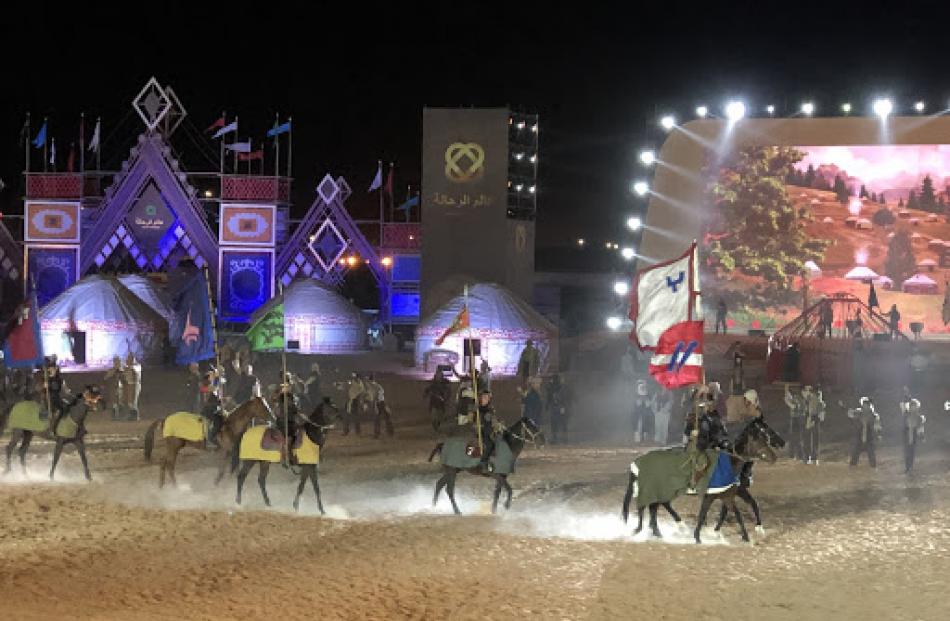 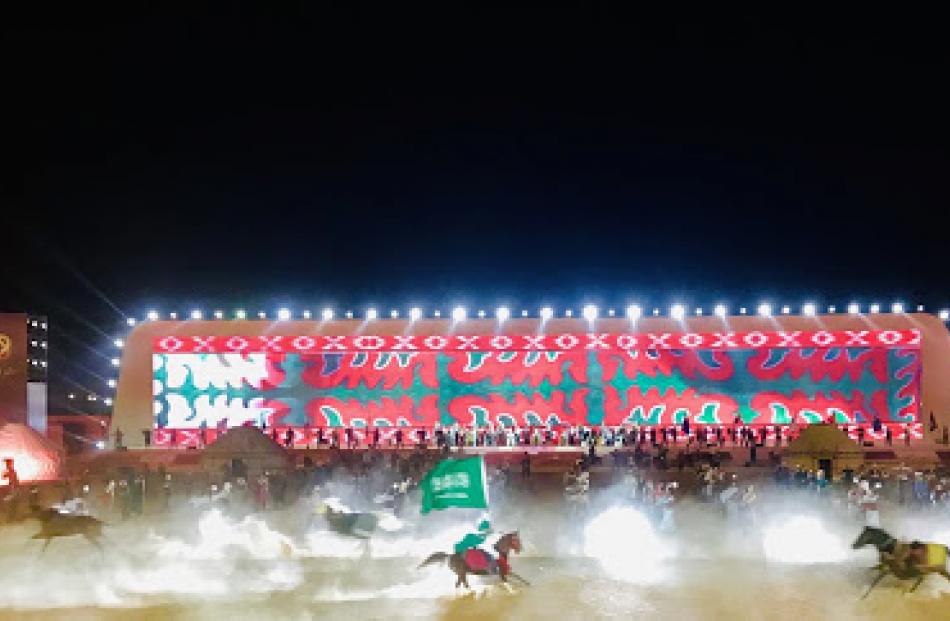 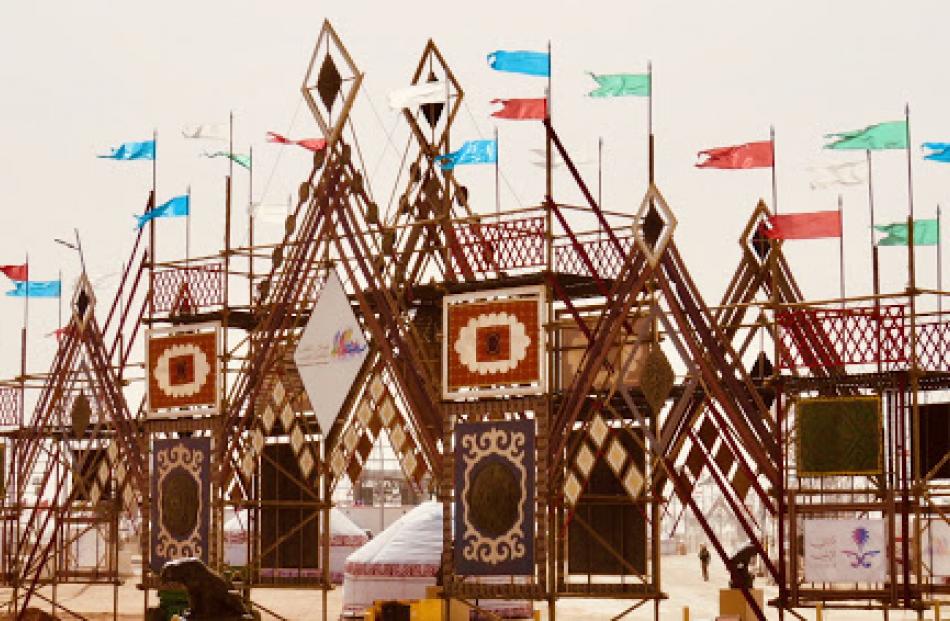 One hundred kilometres north of Riyadh between the towns of Rumah and Ruwayghib is the site of the King Abdulaziz Camel festival which ran for a month in spring.

This event was the site of a wide array of shops, activities and, naturally, camels. What gave it extra zest this year was that the festival also hosted the Nomad Games. Athletes and performers from over 85 countries attended and took part in sports such as archery, wrestling and horse riding. This was accompanied by a huge amount of flag waving, including many of which I am embarrassed to say, I didn’t recognise.

Debbie tried her hand at archery and, despite her abaya, she was scarily accurate. She also relaxed with a shisha whilst my son was accosted by an overly friendly puppet. The puppeteer, seeing a westerner, was happy to use his marionette for a provocative dance which caused great amusement for the locals. Seeing camels everywhere has become second nature in the same way that you stop noticing sheep in the Maniototo. Nevertheless there is something magical about watching a caravan of camels go by.

Debbie Heron tries her hand at archery while adorned in an abaya. Photo: Peter Heron

As usual there were beautiful carpets and shops full of crafts that ranged from gorgeous to tacky, however what was surprising was the range of shisha pipes and mixed cafes that were there. The Kingdom is on a cautious liberalisation process and the opportunity for families to see dancing, listen to music and enjoy the atmosphere was another step forward. One of the shops sold some pretty ceramic lights but the wiring was a little shocking - or maybe just plain shocking! We also had the chance to see inside bedouin tents and nomad yurts where the plain exteriors hid a richness of colour inside.

A caravan passes by at the King Abdulaziz Camel Festival. Photo: Deborah Heron

The highlight had to be the Nomad Games. We were mistaken for VIPs when we entered the stands, maybe because Billy and I were wearing cowboy hats which may have made us appear like some of the American rodeo riders who had a show. I’m sure we weren’t mistaken for the WWF fighters who also were there. WWF is a spectator sport which has taken off in the Kingdom recently with major events and famous wrestlers.  Whatever the reason we had great seats and were able to watch a performance of dance, mounted archery and javelin throwing. The light show was stunning and what made everything extra special was that we hadn’t realised it was on - we had just expected to see camels at the Camel festival. 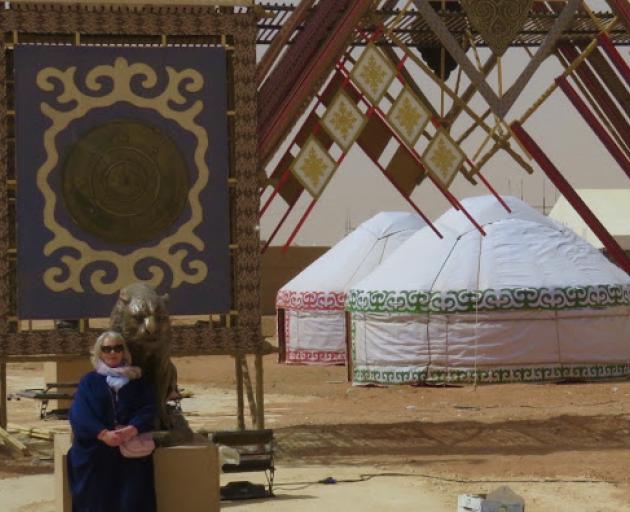 Our last blog on ‘Tuk Tuks and Temples’ dated very quickly. We had stayed at the Cinnamon Grand, one of the hotels that was affected, for our visit and it was with great sadness that we saw the dreadful events that took place on Easter. We wish the Sri Lankan community all the best at this difficult time.

Former Otago man Peter Heron lives in Riyadh. Photo: Deborah Heron
- Peter Heron was principal of Maniototo Area School from 2007-2010 before moving to become Head teacher of an Auckland high school. After this post he left New Zealand in 2015 to become the high school principal of one of the most prestigious schools in Riyadh, Saudi Arabia. This school has 1600 students from 70 nationalities aged 4-18 and has over 20 New Zealanders in its staff including its principals and owners.
Peter and his wife Deborah have a home in Waipiata and in this blog he aims to contrast life in Saudi Arabia and Central Otago.
Comment now