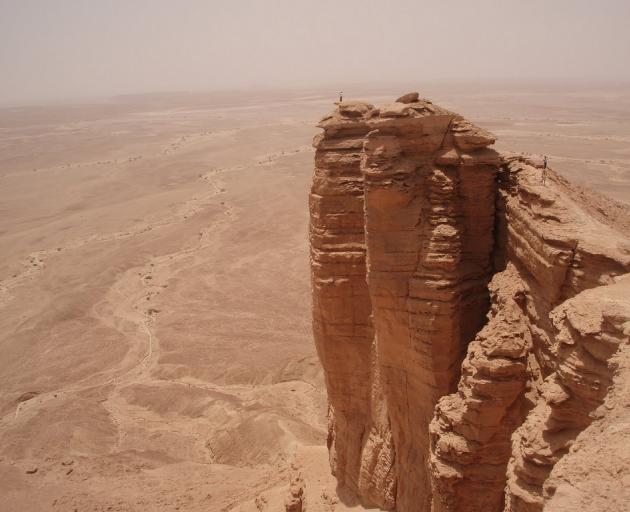 The Maniototo is sometimes called ‘Thomson’s Barnyard,” as the surveyor John Thomson named the features after the Northumbrian dialect for animals.

This gave us Kyeburn, Wedderburn, Gimmerburn and Ranfurly’s original name of Eweburn in the 1850s. The names in our part of Saudi are more striking, for example I have visited natural  pools called the Sha’ib Luha, the Empty Quarter and the imposing Jebel Tuwaiq which is known locally as the Edge of The World. The Tuwaig is a 800km escarpment which is 600 metres high and is just a one hour drive from Riyadh.

I say just an hour’s drive but the reality is that the journey itself is an adventure. My first concern was the necessity to travel in two cars and the helpful manual on how to right your car if it rolls in a sand dune! At home you might have a shovel and snow chains for a mid-winter Middlemarch drive, here you needed a shovel, ropes, a considerable amount of water and a certain amount of recklessness. I learnt that in gravel you accelerate so that you glide rather than sink and that when crossing ridges you can’t see the other side before the car goes over. There are some gym machines that shake your body, our cars did that for us! We may have had the shovel and water but I realised when I got home that we had not yet bought a tow rope - an omission I very quickly remedied. 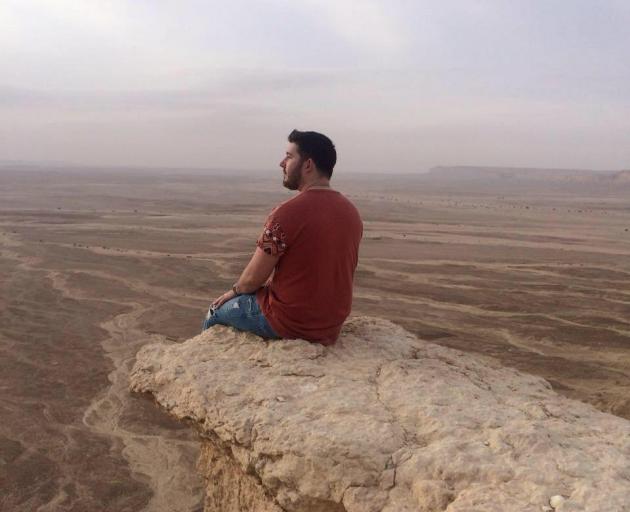 Billy Heron dangles his feet over the edge as he overlooks the landscape. Photo: Deborah Heron

As usual there were camels everywhere, whether in the back of trucks or hiding behind bushes. But the saddest thing at the Edge of the World was the gentle rustle of plastic bags blowing in the wind. At school we have a ‘Green Team’ which works hard at environmental awareness but, despite the best efforts of the Kingdom, litter at natural sites is a problem.

The pictures do not do it justice but imagine "half a Grand Canyon". The drop is stupendous and there are some literally hair raising photo opportunities. I have not yet forgiven my son Billy for sitting on the edge with his feet dangling off.

Local travel companies run regular tours so next time I visit I will let someone else drive.