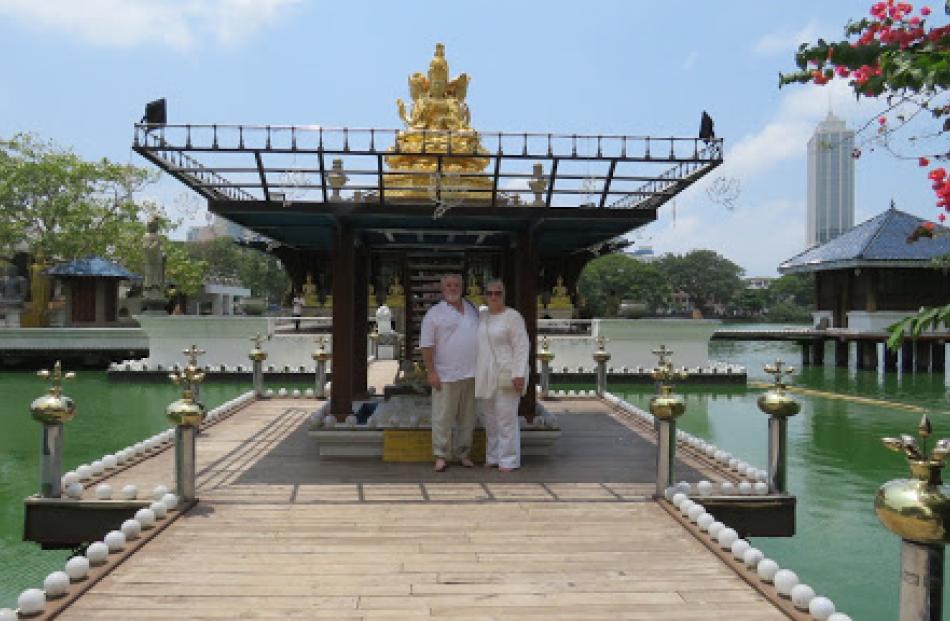 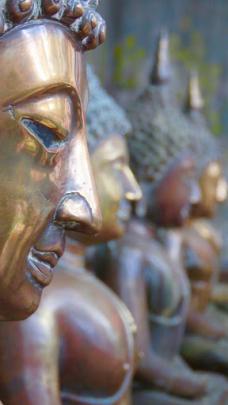 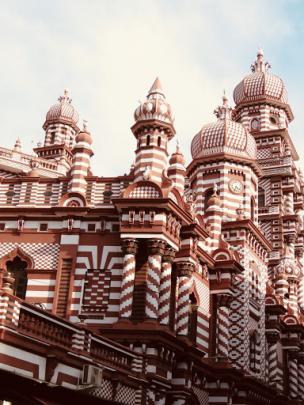 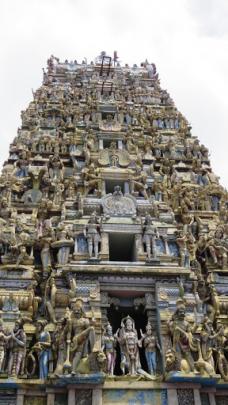 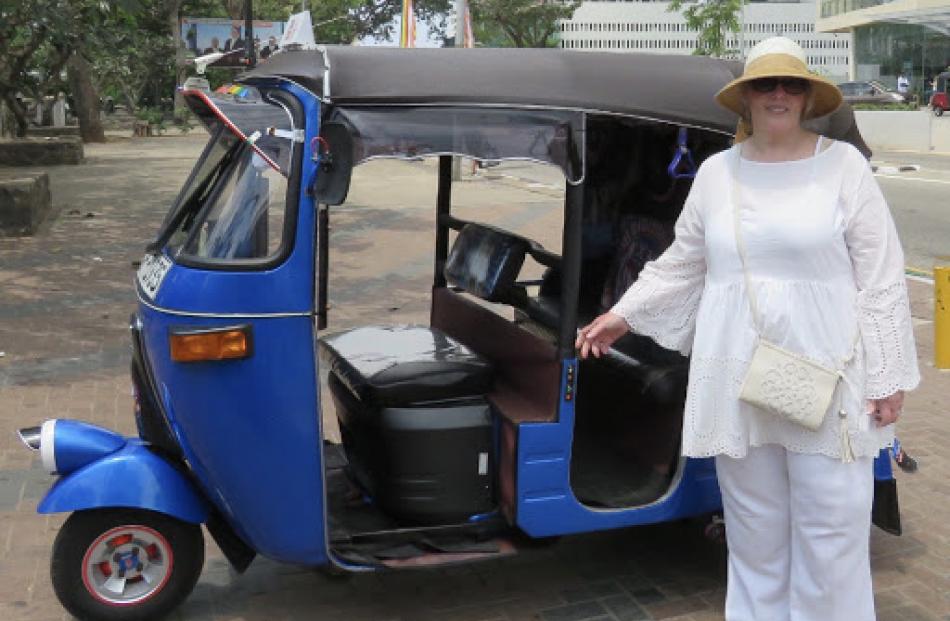 One of the benefits of working in Saudi Arabia is the easy access to other parts of the world. We can drive for a weekend to Bahrain or fly for a short break to Istanbul, Cairo or Colombo, the capital of Sri Lanka.

For us it is only a four hour flight to Colombo and it is a very different experience. The country was under British rule until 1948 and changed its name from Ceylon to Sri Lanka when it became a republic in 1972. There is a strong colonial influence in the civic  buildings and they still drive on the left.

Additionally you see signs everywhere for Ceylon Tea. Sri Lanka has 327 people per square kilometre, we have 18. This means that the island is busy and bustling and it is easy as a New Zealander to be put off by crowds. You shouldn’t let this happens as this is what gives the city its vibrant and colourful flavour. 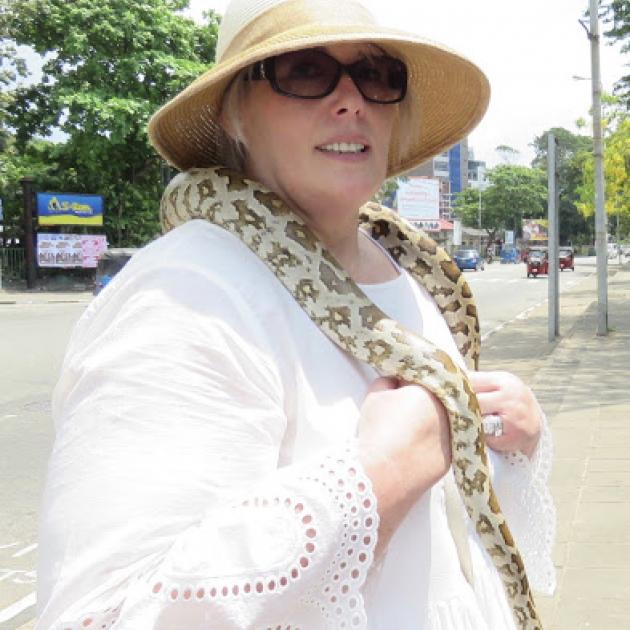 Debbie’s new necklace. Photo: Deborah Heron
We only had a few days so we mainly went on short trips.  Except for a journey to the Elephant Orphanage, in the centre of the island near Kandy, we travelled everywhere by tuk-tuk, These are 200cc rickshaw-trike combinations and we hired one for seven hours which cost us 400 rupees or NZ$4. We gave our driver 3000 rupees in the end as we could not face giving a man so little money for so much work. He did also take us to several jewellers as he was given two litres of petrol for every tourist he brought to visit and we were happy to have the tours.

The Orphanage at Pinnawala was a high point to the trip where we saw a herd of elephant having their daily bath and massage. On one occasion we met some snake charmers who for just one dollar gave my wife Debbie the chance to wear a very special necklace, not quite the Sri Lankan white sapphires she had in mind! 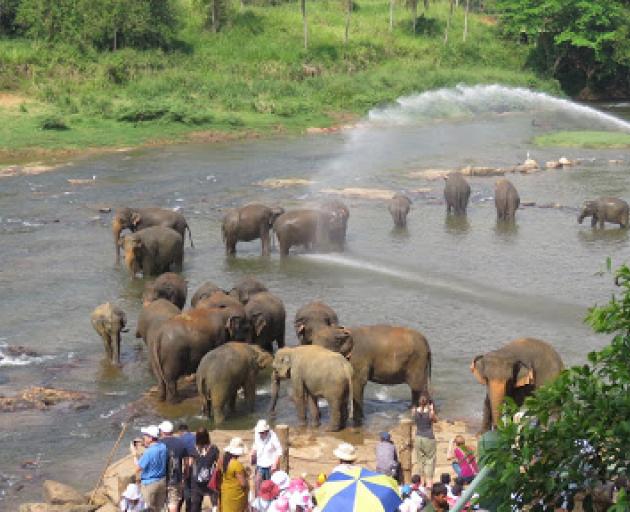 Due to its long history, the island is a true mix of cultures with a 70% Buddhist majority although with Christians, Muslims and Hindus being roughly 10% each. There is an emphasis on tolerance, this is especially important for Sri Lanka as a 26 year long civil war only ended 10 years ago. This was reflected in the range of religious buildings we saw in Colombo, many of which seemed very exotic. The statues were amazing but we haven’t included pictures of the ones that are unsuitable for a ‘family’ paper! The multiculturalism also showed in the cuisine where we tried dishes ranging from ‘Afternoon Tea’ and burning curries to Peking duck and huge crabs. The crab was at the Ministry of Crab which is one of the top 50 restaurants in Asia. The only problem is that no other crab will never match up!

We would definitely recommend Sri Lanka for any travelling Kiwis with time for a few days break in the region.

Former Otago man Peter Heron. Photo: Deborah Heron
- Peter Heron was principal of Maniototo Area School from 2007-2010 before moving to become Head teacher of an Auckland high school. After this post he left New Zealand in 2015 to become the high school principal of one of the most prestigious schools in Riyadh, Saudi Arabia. This school has 1600 students from 70 nationalities aged 4-18 and has over 20 New Zealanders in its staff including its principals and owners.
Peter and his wife Deborah have a home in Waipiata and in this blog he aims to contrast life in Saudi Arabia and Central Otago.
Comment now