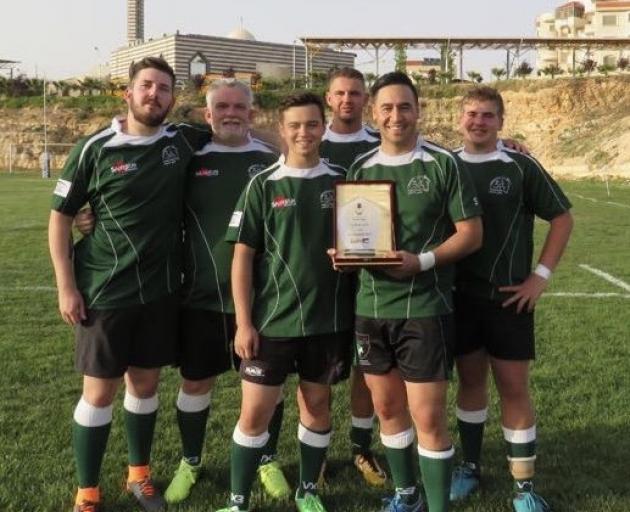 Peter Heron said all lived in Riyadh and played a friendly test against Jordan last Friday in Amman.

They all worked or studied at the multinational school in Riyadh, he said.

"A sixth multinational school team member is Gerrie Heydenreich, a young South African who will be attending Waikato University next year. "

Pictured are (back, from left) William and Peter Heron, Sam Jardine and Gerrie Heydenreich, (front, from left) Zaiya and Vai Mahutariki.