William Heron lining up a shot. Photo: Deborah Heron
Riyadh is a city of malls, and if you visit the Royal Mall you will see shops that specialise in abayas and gold as well as the divorce court. However, tucked away in one corner of the mall, once a fortnight you will hear the clunk of stones and the swish of brooms on ice.

In the Middle East sporting activities are challenged by the environment and the saying, “Only mad dogs and Englishmen go out in the midday sun” extends to Kiwis too. This saw my son and his friend exchanging snowboarding for sand boarding and also joining the Kingdom Curling Association!

A group of us heard about this online and decided to attend a beginners’ session. Curling really is an international sport with the curlers that day hailing from countries ranging from Korea to Germany, from Spain to France. 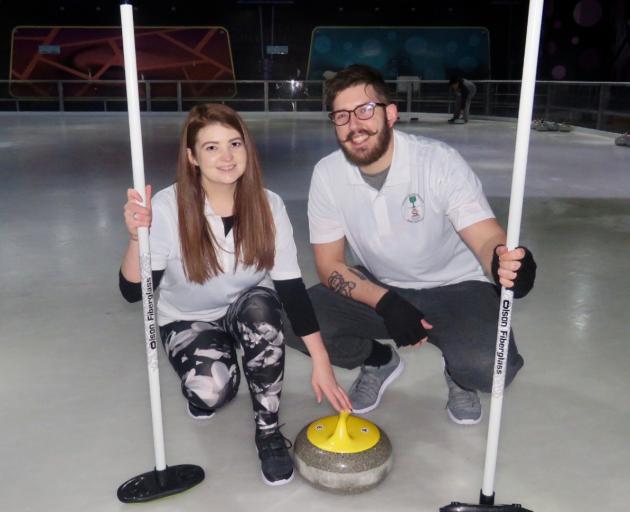 We were joined by some Saudi women who were curious about the mad expats walking on the ice. They quickly exchanged their abayas for curling shoes and, tragically for my ego, they were far better at curling than I was. The Saudi women were especially excited as they had only recently gained the right to drive and were experiencing the freedom to visit activities that would have previously been unavailable.

When we moved to the Maniototo we were amazed to find an Olympic Curling facility at Naseby. I always felt that our schools produced more international athletes per capita than anywhere else in New Zealand due to this. Our Saudi desert climate is understandably not as suitable for winter sports but a Scottish ex-patriate, Alastair Fyfe has managed to set up a curling club in Riyadh. 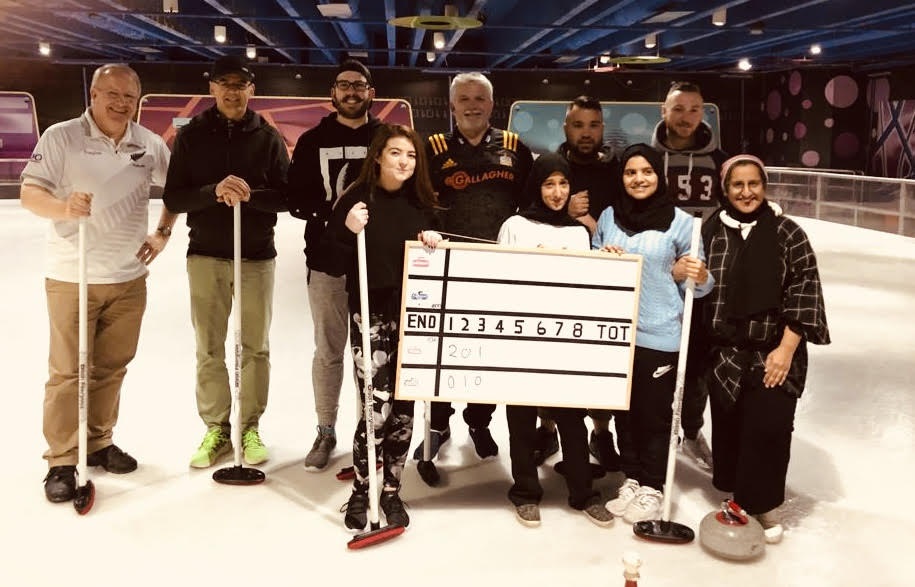 Naseby curler Lorne DePape helped him to gain Saudi Arabia provisional membership status of the World Curling Federation (WCF) in 2018, and since then Alastair has been working hard to build up the numbers and expertise. Currently he is trying to fundraise to send some members to a WCF training camp in Europe followed by the Asia-Pacific championships in November.

The Royal Mall ice rink is so tiny that we can only curl one direction and Alastair has to hammer in the foot rests and draw circles in the ice. This gives a real bonspiel feel.  As for the curling itself I hadn’t realised how inflexible my knees had become with the increasing years. I was kindly offered an "old person’s stick” to help me, but my pride would not allow me to take this up, so I spent time falling, slipping and making a fool of myself!

Kingdom Curling at Royal Mall is the closest many locals get to ice, the chance to wear thick socks and the opportunity to shiver! The club is training hard and who knows, one day they may visit Naseby, an altogether different venue.