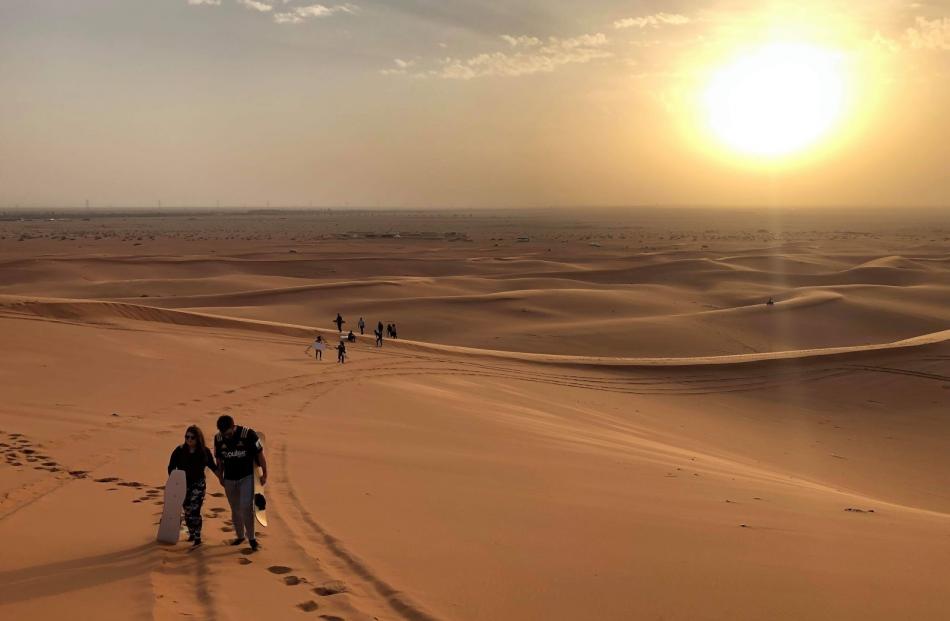 The long hike back up the slopes in the heat is exhausting. Photo: Matthew Wicks 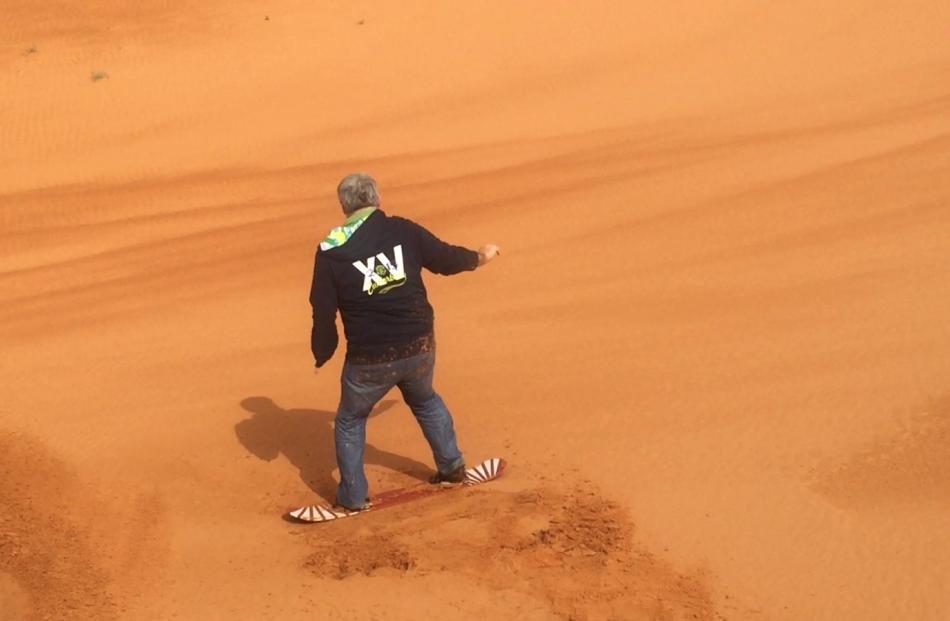 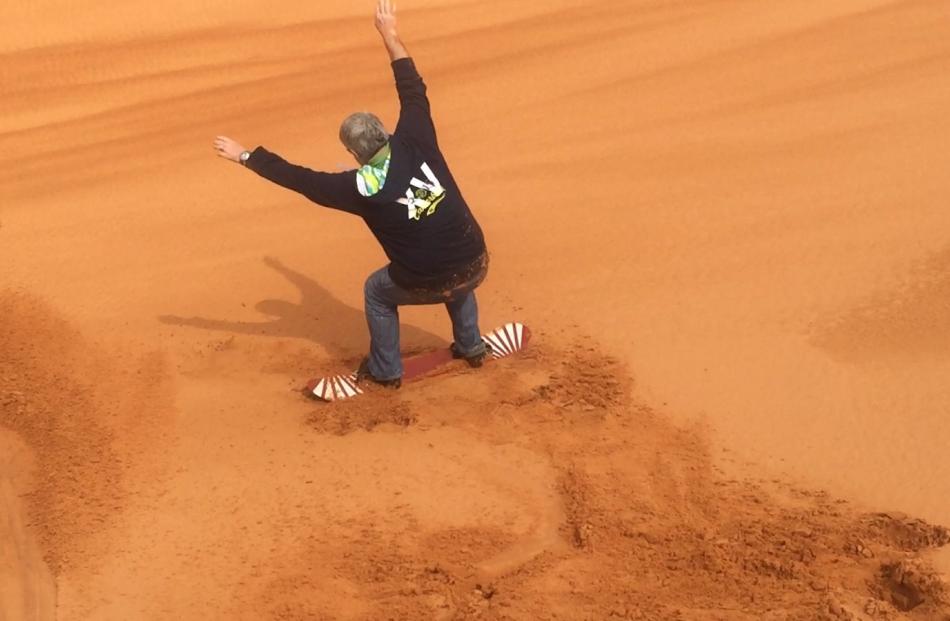 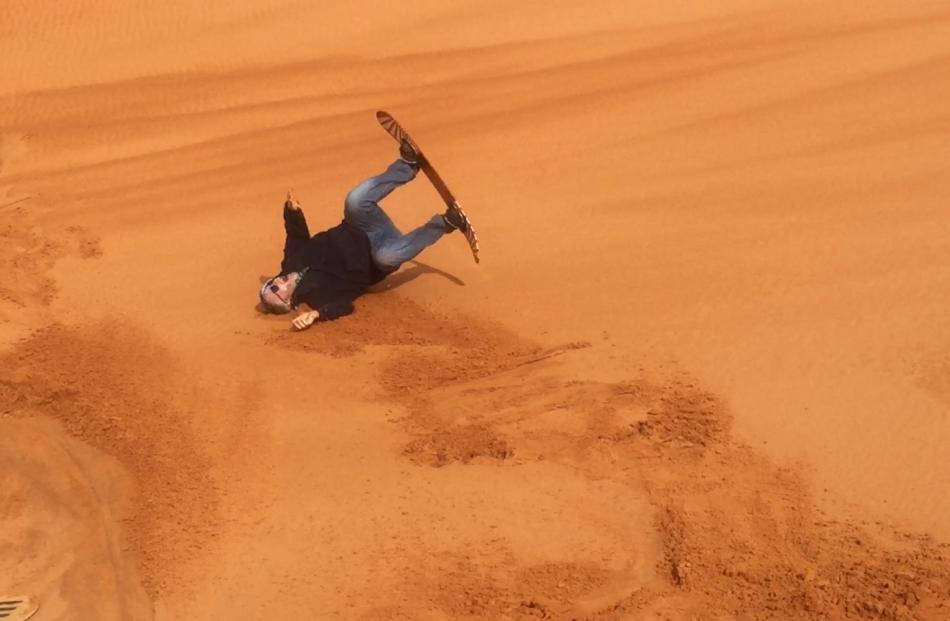 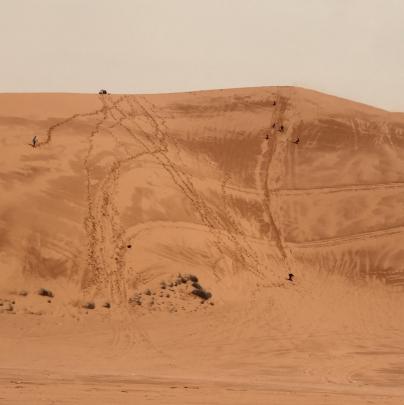 One of the pleasures of living in Central Otago is the proximity to the ski fields and I used to love going to Queenstown or the Cardrona Hotel in the winter for short breaks.

Even in Auckland there was an indoor slope called Snow Planet where I gave my grandsons their first ski lessons.

You would think that moving to Riyadh would take these opportunities away, this is not the case.

Less than a kilometre away from our compound, the Mall of Saudi is being built which will include one of the world’s largest indoor slopes. However, in the meantime 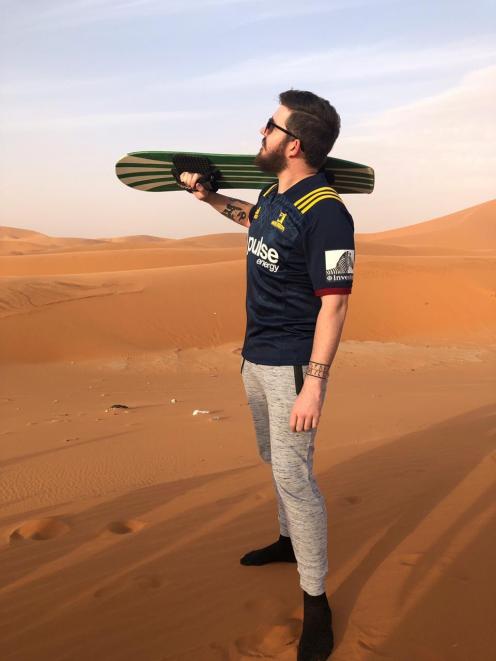 The Thumamah National Park is on the outskirts of Riyadh and contains rolling red sand dunes which you can use as sandboarding slopes.

To sandboard you take an old snowboard, then you hike to the top of a sand dune and kick off. Unlike Cardrona there are no skilifts and if you thought walking through snow was difficult try climbing several hundred feet up a sand dune in the heat.

Also, unlike snow, sand doesn’t melt and it takes months to get those final bits of sand out of your clothes, especially the pockets. As for your beard, ear canals and other creases- multiple showers are needed and even then you can still find sand!

We took our senior students on a trip and you can imagine their hilarity when their Principal, who had brashly told them that he can ski, kicked off confidently down a dune and end up ‘face planting’ in seconds. My son Billy went later, without his class, and sporting his Highlanders rugby jersey showed me how it should be done!

Afterwards there was the chance to ride quad bikes followed by mint tea and Arabic coffee in the shade in a bedouin tent. Not quite apres ski, but relaxing all the same.