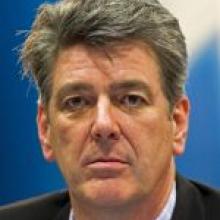 Paul Reynolds
Telecom has axed 200 management jobs from its workforce in the past three months and warns further cuts cannot be ruled out as it seeks to claw back costs.

The country's largest phone company aims to strip more than $500 million of spending from its business over the next three years, including $150 million during the 2011 financial year.

The redundancies were spread across the company's business units, but retail, Gen-i, and technology and shared services were the hardest hit.

Redundancies were also made at Telecom wholesale and the "various corporate functions", a spokesperson for the company said.

The redundancies follow a difficult few months for the telco, which was forced to downgrade its earnings for the next three years because of a fall in mobile growth, price pressures in voice and data markets, and the economic slowdown.

Telecom said customers could expect fewer mistakes and a better "customer experience" as a result of the simplification in the business.

If all of these people were managers, then it would indicate there are more managers now, post the redundancies, than there were during 2008.

Meanwhile, Telecom says it has scaled back its review of its "Technology and Shared Services" support unit as it deals with the pressures of structural separation.

"It was not considered appropriate to sign any long-term supplier arrangements while the fundamental issues raised by UFB [ultra fast broadband] still require resolution," the spokesperson said.

The review came as Hewlett Packard's 10-year deal to provide Telecom with support services to build, manage and operate its systems, comes to an end and the telco considered whether it had the right partnership in place.

Rumours circulating earlier this year suggested the telco planned to outsource the entire business unit with about 1500 employees, talk which it slammed as "sheer speculation".

It would appear some redundancies have been made in this area since the comments were made.

Telecom said it was not ruling out further job losses.

"However there are simply too many unknowns at the moment to quantify when, where or how."

Telecom said it would "remain focused on delivering for our customers as efficiently as possible, while continuing to invest about $3 million a day".