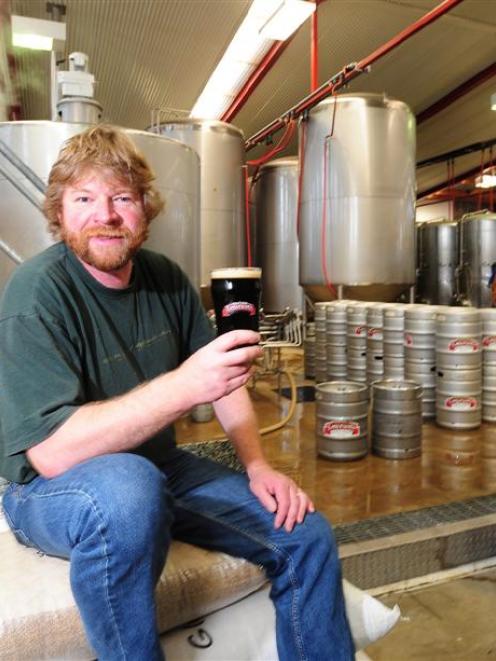 The 2010 Westpac Otago Chamber of Commerce Business Excellence Awards are held every two years and were first held in 1998.

The brewing company was established in 1992 by Richard Emerson, initially producing one beer, the London Porter.

Through the years, different beers were trialled and the company now produces five core beers throughout the year and several seasonal beers and special releases. 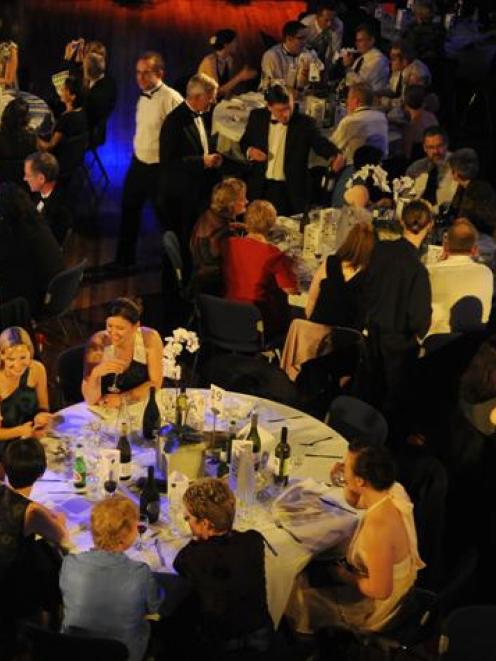 The award function, held last night in the Glenroy Auditorium, was attended by 330 people. Photos by Peter McIntosh.
Mr Emerson said the beers were produced using local and imported malt, predominantly American and New Zealand hops, yeast and water. No sugar, artificial colours or preservatives were added to the beers.

The majority of what was produced was for the domestic market with some being exported to Australia. Demand continued to grow, he said.

Earlier this year, Emerson won the trophy for the champion wheat beer at the prestigious Australian International Beer Awards.

The winning beer, Weizenbock, is a seasonal beer usually produced around August.

The Emerson brew was the only New Zealand beer to win a champion award. Emerson also received a gold medal (Weizenbock), two silver medals (Bookbinder and Weissbier) and a bronze medal (organic pilsner). 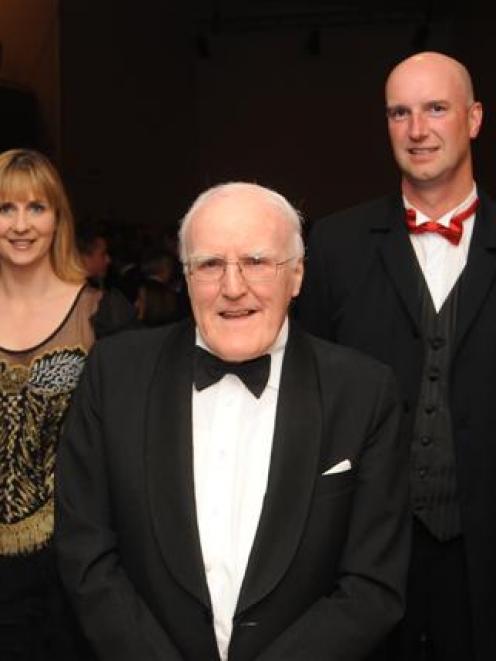 Judges for the Westpac Otago Chamber of Commerce Business Excellence Awards were (from left) Ross Smith (WHK), Lauren Semple (Anderson Lloyd), Sir Robin Gray (chief judge) and Phil Moore (Westpac) with chamber chief executive John Christie.
Otago Chamber of Commerce chief executive John Christie told the Otago Daily Times the awards were a time for the community to celebrate the success of the businesses within it.

"Sometimes we have businesses telling their story but we don't often have the opportunity as a community to applaud them for being part of our community."

While people would recognise some names or some products through an experience with a local business, there would be others who would be unknown, he said.

"There are a lot of hidden gems and until they tell their story, we don't know they exist. Now, we can see what they are doing - competing locally and internationally. This is a chance for those businesses to be recognised."

Each of the companies were heroes by putting themselves forward, Mr Christie said. Any of the finalists could have been winners, which showed the calibre of businesses in the region.


• Non-profit
Youthline Otago Inc
Youthline Otago is a volunteer-led support and community service for people of all ages and concerns but focuses on the needs of youth.

This year, Youthline Otago celebrated 40 years of continuous and continuing service to the people of Otago.


• Retail
R&R Sport
R&R Sport started in 1979 as Recycled Recreation, a small second-hand store in South Dunedin. It was the brainchild of Grant Vossler. The store was an eclectic mix of second-hand sports gear.

In 1981, it moved to Lower Stuart St, opposite its present site. Over the years, it has evolved to the current R&R Sport, specialising in adventure sports.

There are nine R&R Sports spread throughout New Zealand.

Working with service providers, suppliers and staff, they identified as many areas as possible to minimise and manage waste, be energy efficient, conserve water and take on a strong social responsibility within the community.

Modifications to their 1960s cars were needed to improve the environmental impact which ensured fuel efficiency, lower octane fuel and reduced usage in their classic fleet by 15%. This resulted in it gaining the Qualmark enviro bronze certification.


• Tourism
Trail Journeys Ltd
Trail Journeys was established in 2000 by Neville Grubb and Ritchie Bailey, of Alexandra, on the Otago Central Rail Trail. They started business with a few bikes that could be hired on a per day basis.

The company has developed a range of services, including bike hire, luggage and personal transfers, accommodation bookings and provision of escorted tours. It now operates more than 500 bikes, a fleet of 13 buses and vans and employs up to 30 seasonal staff.

Their vision was to create a high-value business from Dunedin that competed on a global stage using the skills they had in software development, design, business and social media.

To date, they had received acknowledgement as the 13th-most popular personal finance tool in the United States and the highest-ranked newcomer to the industry. After two years, the company has thousands of users in 155 countries.


• Ethics
The University of Otago's New Zealand Marine Studies Centre
The studies centre is committed to providing an environment which is inclusive, free from discrimination and which honours the terms of the Treaty of Waitangi. It has real scientists interpreting real science in an authentic way, a point of difference with many other aquariums around the world.


• Sustainability
Ashburn Clinic
Ashburn is close to celebrating 130 years of continuous operation on the same site with the same business purpose. It leads the way in the care of those with mental illnesses as New Zealand's only national, private psychiatric centre. The greatest success has been the change in culture in which sustainable practice has become the way they do things at Ashburn.


• Design
TracMap NZ
Since it was established in 2005, TracMap has become the largest agricultural GPS business in New Zealand. Understanding the pressures of its clients is fundamental to its core businesses.

By looking at present products, working alongside farmers, trialling and designing new systems and developing prototypes, TracMap has developed a product that works differently to any other on the market. It has also developed other products and markets and exports to eight countries.


• International Trader
New Zealand Honey Co
The company was formed in Dunedin in 2006 by two beekeeping companies with the objective of capitalising on the increasing opportunities for exports of New Zealand honey.

Another key object was to develop a consumer-branded honey business to improve returns and provide long-term business sustainability by developing a value-added proposition with a truly sustainable point of difference.


• Research and Innovation
OceanBrowser
OceanBrowser was founded by Rodney Tamblyn in 2004 to meet the specialist software needs of online university postgraduate courses. Its products are used by universities and organisations in New Zealand and Australia.

OceanBrowser3 is the first web application for postgraduate medical and executive education courses. It provides a new way to create, manage, and interact with online learning content.


• Future Business
Leader Jono Bredin
Mr Bredin (25) is head of tax at Keogh McCormack. Since 2007, he has established and now maintains a significant client base as a direct result of his ability to create and develop meaningful relationships in the community. In both 2008 and 2009, Mr Bredin was a national finalist in the New Zealand Institute of Chartered Accountants leadership awards. 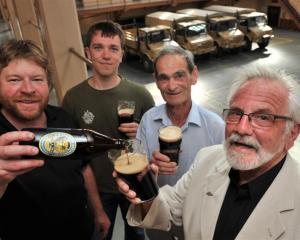