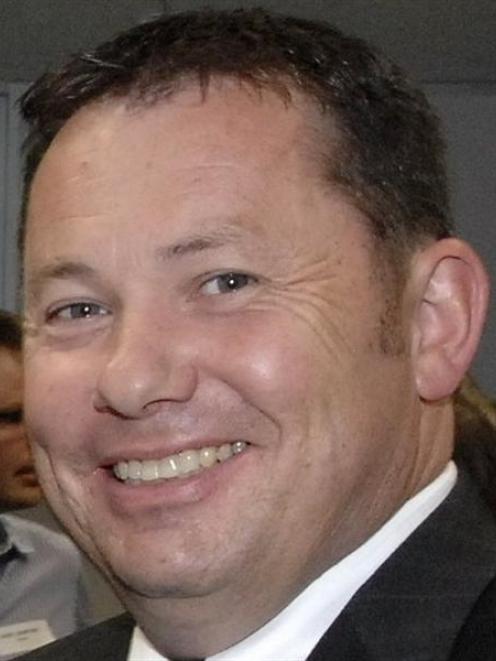 John Christie
A major international investor is eyeing Dunedin with plans that could pump ''tens of millions of dollars'' into the city's economy, the Otago Chamber of Commerce says.

The unnamed organisation is in talks with members of a new Dunedin investment panel, created by the chamber, the Dunedin City Council and other city organisations, and hopes to progress plans next year.

Chamber chief executive John Christie said the development, if confirmed, would be in a ''key area'' of strength for the city, and involve land, construction and a ''significant'' number of new jobs for the city.

''We're talking about tens of millions of dollars of new opportunity from the city.

''This is good. This is one of the city's key strengths that we would be building on,'' he said.

He stressed the opportunity was yet to be secured, and other New Zealand centres were also in the running, but believed Dunedin was well placed.

''I think Dunedin can put a very, very compelling case to these people, and I'll be doing my bit to make sure we get it here. It is quite exciting stuff.''

He would not divulge further details, but said a bid document making the case for Dunedin was being prepared, and would be presented to the investor early next year.

''At the moment, they're looking to raise funding internationally and, when that funding is in place, they'll move very quickly. We want to be in a position to be able to act on that reasonably swiftly.''

The opportunity involved one of ''about eight'' organisations now in talks with the new Dunedin investment panel, he said.

The panel has met regularly since being formed about three months ago, following discussions between Mr Christie and former council chief executive Paul Orders.

It comprised representatives from the chamber, council, the Otago Southland Employers' Association and the tertiary sector, and there were plans to invite other members, as needed, Mr Christie said.

The panel aimed to improve city-wide communication and co-ordinate efforts to help attract potential investors to the city, as well as protect established Dunedin businesses and help them grow, he said.

''What we're trying to do with that group is get the people that can make a difference around the table to understand what the issues are, and be able to make contact with those companies to see what, if anything, we can do.

''For whatever reason, some things can fall through the gaps ... there's a range of different options that can be put to people if only we know about them.''

One of the first topics of conversation for panel members had been to identify lessons from the handling of Betterways' bid to build its $100 million, 27-storey hotel.

''I think there's a lot of lessons learned from a lot of players, both internal and external to council, that can see that there's a whole lot of things that perhaps we could do to be supportive as a city,'' Mr Christie said.

Alternative plans for that development were still being discussed with Betterways behind the scenes, both by panel members and, recently, Mayor Dave Cull.

The list of organisations in talks with the panel included other potential investors in Dunedin based outside the city, he said.

Another well-known, ''medium-sized'' Dunedin business had also been in talks with the panel as it considered quitting the city, due to difficulties finding commercial premises to expand, he said.

With the panel's help, the company now looked likely to stay and grow, Mr Christie said.

It was hoped the panel could help as new opportunities emerged, including those to be found in Shanghai and other parts of China, he said.

Mr Christie said the panel was ''not an exclusive group'', but had to ''respect some pretty serious confidentiality''.

''If somebody in the community is aware of potential opportunities, or potential risks for us to lose business, the earlier we know about it, the quicker and better the response is that we can have as a city.''