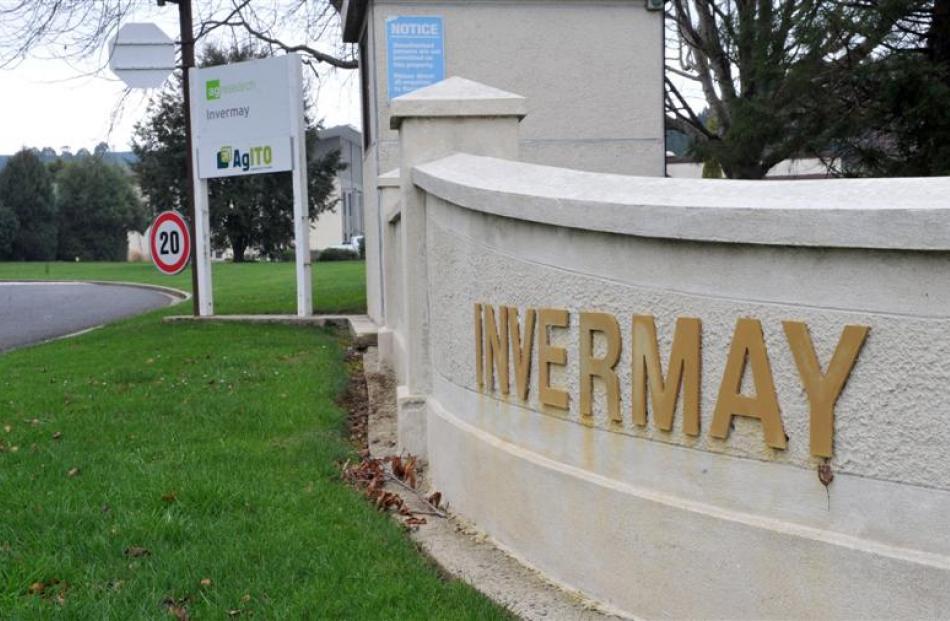 AgResearch is delaying the release of information on its proposed restructuring. Photo by Craig Baxter.

The damaging nature of information and reports relating to the proposed restructuring of AgResearch, and in particular Invermay, may be why the government agency has delayed answering an Official Information Act request by the Otago Daily Times.

The request was sent by the newspaper on August 16.

Concerns are now being raised the decision to shift 85 jobs from Invermay and more than 100 from Ruakura, near Hamilton, had been made and AgResearch was holding back the material deliberately.

Otago Chamber of Commerce president Peter McIntyre and Dunedin North MP David Clark did not believe the information on the reasons behind AgResearch's plan to shift jobs from Ruakura and Invermay should take until September 20 to be released.

The two men believed the reports would not show sound reasoning was behind the decisions to centralise in Christchurch and Palmerston North.

''I am a bit concerned by the delay, considering the importance it has to this region. We are old enough and wise enough to realise what they are trying to do here,'' Mr McIntyre said.

Dr Clark said the anecdotal evidence that around 70% of Invermay's 115 staff did not intend to shift was probably included in an earlier consultant's report and AgResearch did not want that made public until it was too late.

The final decision on the future of Invermay is due to be released on September 26.

In an email to the ODT, AgResearch said it was extending the time limit to respond to the request.

''Due to the nature of the information you are wanting, we need to carry out consultations with various staff in order to make a decision on what may be disclosed, and those consultations are taking some time.

"We are extending the time limit to September 20, although we hope to be able to reply sooner than that and will certainly endeavour to do so.''

AgResearch suggested the ODT could complain to the Office of the Ombudsmen if it was unhappy with the response. The newspaper sent a complaint yesterday.

Chamber chief executive John Christie said the community had a right to know about the decision-making process - exactly the thing the Official Information Act was designed to provide.

''We need to know before it's too late. We are calling for transparency about the decision because of the impact on jobs not only in Otago and Southland, but for the rest of New Zealand.''

Mr McIntyre said he hoped the Stand Up Otago campaign to stop the job losses from Invermay had made progress. It had made several politicians sit up and take notice.

''We need to get on the case of local MPs, who need to be fighting for Dunedin rather than worrying about progressing up the preferences of where they sit with their political parties.''

It was not good enough for government ministers to talk about pumping $230 million into the University of Otago without disclosing what the benefits were for both Otago and the rest of New Zealand, he said.

Mr McIntyre was worried the Otago-Southland region had been left fighting a rearguard action to stop the job losses, rather than being on the front foot, explaining why Invermay should be expanded rather than trimmed.

''We have provided examples that are hard to argue with for Invermay to stay. It comes down to a bit of empire building at Lincoln University.''

Dr Clark said scientists at Invermay were being asked to move from interacting with one of the highest universities on the Government's Performance-Based Research Fund (PBRF) ranking - Otago - to working with Lincoln, one of the consistently lowest-ranked universities.

''How many scientists will want to do that?'' Dr Clark said.

The Labour Party economic development spokesman had talked to staff at Invermay and found morale low.

Like the ODT, he found staff members who believed the decision had been made to reduce Invermay.

Their goodwill had not been reciprocated in the consultation process, Dr Clark said.

Mr McIntyre called for a stocktake of government agencies operating in the region, how they were funded and how they operated.

It was crucial the region knew what it had and how it could ensure those agencies would not announce they were leaving overnight, he said.

AgResearch chief executive Tom Richardson assured the ODT the staff consultation process did not end until September 26 and that no reports had been commissioned on the number of staff likely to relocate.

Any changes made to the proposal as a result of staff consultation would be announced to staff on September 26, he said.

Once the consultation had finished, it was planned to give all staff an opportunity for input, and AgResearch was happy to discuss how it could leverage off the local or regional capability in Otago, Dr Richardson said.

''It would be beneficial for AgResearch to set up an ongoing process and dialogue to see how we can work together to look at ways of developing a positive future for both Invermay and the wider Otago and Southland regions.''