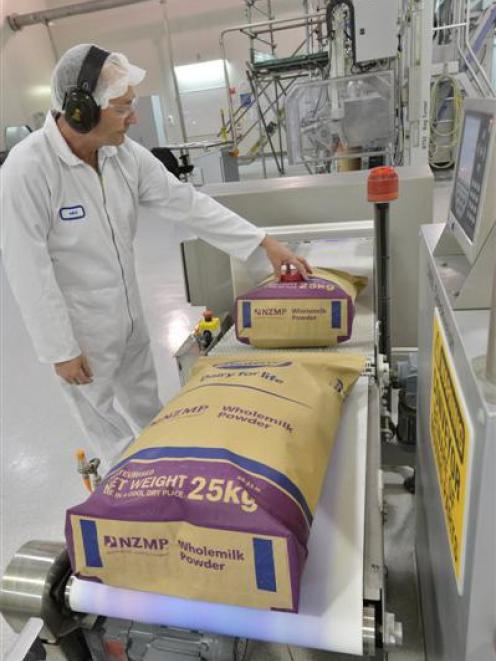 Fonterra is at the mercy of global dairy prices. Photo by Fonterra.
Australian-based Morningstar Equities is less enthusiastic about the prospects of the Fonterra Shareholders Holder Fund than most of its New Zealand counterparts.

''A rapid rise in dairy prices could undermine margins on consumer-branded and out-of-home food-service products,'' he said.

Also, Fonterra's margins would be affected if the price of dairy nutrition products - accounting for 20% to 25% of New Zealand Milk Products revenue - was less than the farmgate milk price (FMG).

Fonterra was also exposed to foreign exchange risk since its revenue was derived globally. Fluctuations in the New Zealand dollar versus other currencies could undermine earnings.

Fonterra collected about 89% of New Zealand's total milk supply which was processed into commodities such as whole milk and skim milk powder.

''This over-reliance on New Zealand's milk supply exposes the firm to supply risks. For instance, farmers might choose to move away from dairy farming into other farming activities should they deem dairy farming to be less lucrative.''

Fonterra was required to collect all the milk produced by farmer shareholders, leaving it with excess production capacity during periods of weak demand and/or unfavourable dairy prices, Mr Moghe said.

Morningstar did not believe Fonterra possessed a competitive advantage.

''While the company is the world's largest exporter of dairy products, its business is driven by commodity prices like whole milk powder and skim milk powder which make up 60% to 65% of its operating earnings.''

Consequently, the majority of the firm's business had no pricing power and generated mid-single digit operating margins.

That paled in comparison to the mid to high-teens generated by some of the other multinational food companies.

Fonterra aspired to sell more branded products to move up the value chain and boost returns.

However, Morningstar believed it would face significant competition from companies like Nestle and Danone, given their well-entrenched positions in several key markets and geographies.

Morningstar has a fair value estimate of $NZ5.50 on the fund units. They last traded at $NZ7.31.