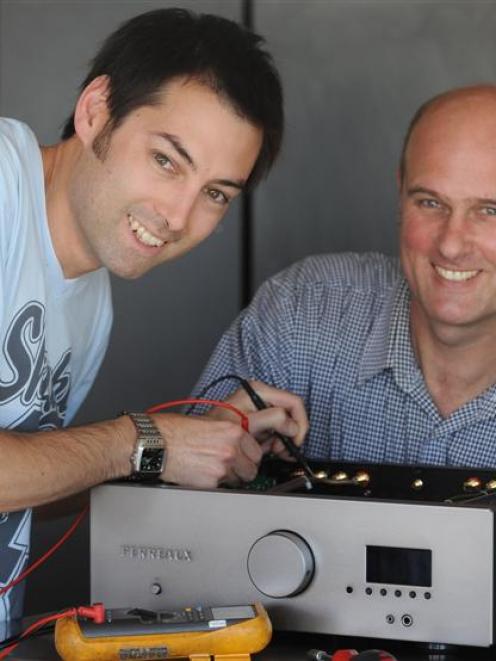 Perreaux Industries Ltd managing director Martin van Rooyen said there had been a noticeable downturn in the hi-fi market in recent months but the Mosgiel-based company continued to thrive.

He believed the secret to success for manufacturers was to show confidence in their products or they may not survive the ensuing financial storm.

"We are a very small fish in a very big pond.

"But if you make very good products and do the basics right like we do, you can survive, even prosper in the current market," he said.

"It's a niche market we are fulfilling. We work in the high end of the market.

"People who buy our products buy them because they want to spend their money on quality. They're more discerning - it's their passion.

"A lot of the company's success was due to marketing themselves appropriately, he said.

"It's like a person who chooses to buy a Mercedes instead of a Mitsubishi."

About 90% of Perreaux's products were exported to 30 countries, including the United States, United Arab Emirates and the Netherlands.

Its recently launched éloquence range of amplifiers includes the 250i - an integrated amplifier design which delivers a low-impedance power supply, along with high-current MOSFET output devices and Class-A signal stages.

The result is a sound that is "dynamic, commanding and resolute", Mr van Rooyen said.

"Power delivery of the éloquence 250i integrated amplifier is totally effortless and remarkably clean.

"You find yourself continually wanting to turn it up and enjoy the music."

Mr van Rooyen said the 250i amplifiers retailed at about $7300 each and were already proving popular.

He said the New Zealand dollar was also "working well" for the company and he expected to sell about 200 of the amplifiers during the next 12 months.

Mr van Rooyen said he might need to take on more staff over and above his present five "highly skilled" electronics engineers.

He also planned to expand the business to include production of high-quality speakers to go with the amplifiers.

That too would require more staff, he said.

In the early 1980s, Perreaux amplifiers became popular on the US market and word spread quickly as the audio press started recognising the previously unknown company's products' quality.

In 1991, the company relocated its factory to Auckland and in 2005 a better work/lifestyle balance drew Mr van Rooyen and his team to relocate to Mosgiel.