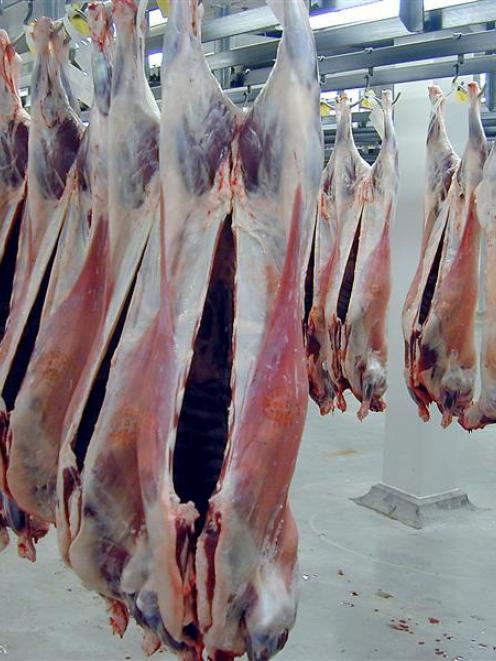 A further 39 workers at the company's Belfast beef slaughtering plant could also be out of a job, following the restructuring of cold store operations and the centralising of rendering and casings facilities at a new facility at Washdyke, near Timaru, by the Dunedin company's joint venture partner, Farmbrands.

New Zealand Meat Workers Union general secretary Dave Eastlake was philosophical about the Canterbury plant losses, saying indications for the plant's future were not good during the season.

"Some of the people working at the cutting plant have only had six week's work," he said.

Silver Fern Farms stopped slaughtering lambs at the Canterbury works in 2008, turning it into a lamb cutting plant to address a forecast imbalance between the forecast kill and cutting capacity.

The decline in lamb numbers meant it has been under-utilised and Mr Eastlake said given that decline, transporting carcasses between plants for processing was not sustainable.

"Obviously, you cannot cart stuff to a plant for just a few weeks of the year."

Silver Fern Farms chief executive Keith Cooper said Meat and Wool New Zealand forecast a lamb kill this season of 23.5 million, but the latest figures show that kill to be closer to 21.5 million.

Mr Cooper said the industry needed to rationalise the number of processing plants, and his company has already reduced capacity by five sheep meat and venison chains, part of rationalisation in 2008 which saw six business units close at a cost of about 1000 jobs.

Over a similar period, Alliance Group has reopened a sheepmeat plant in the North Island and Affco a plant in Southland.

Mr Cooper said there was sufficient capacity among existing meat works to process the total New Zealand sheepmeat kill in 26 weeks, but in reality, climatic conditions meant not all lambs were ready for such a condensed killing period.

"I don't know how much lower it can go before another plant has to close," he said.

In addition to lower livestock numbers, Mr Cooper said Canterbury suffered from being a cutting plant which relied on throughput from the company's other slaughter works to provide it with work.

The company was moving to a model where it integrated operations on one site, to maintain food hygiene and safety and environmental standards.

Silver Fern Farms will start consultation with affected meat workers and a final decision is expected on June 25.