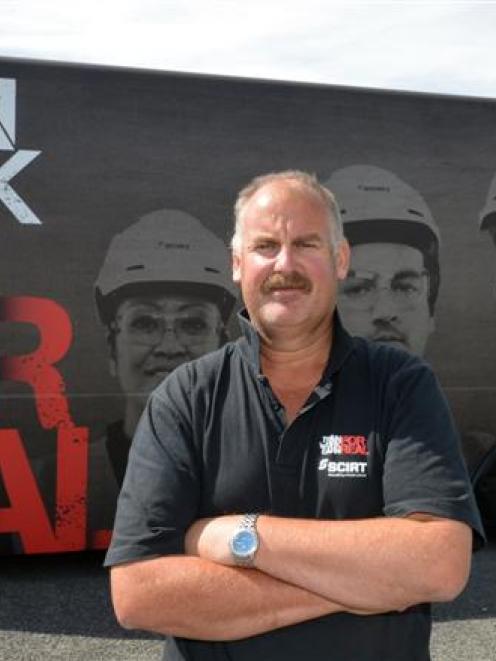 Duncan O'Keefe (front) and Tony Doake, were in Dunedin to recruit infrastructure workers for the rebuilding of Christchurch. Photo by Stephen Jaquiery.
Pssst buddy, want a job?

Dozens of Dunedin jobseekers have signed up to rebuild the civil infrastructure of earthquake-damaged Christchurch, with hundreds more wanted.

Recruits, providing they have at least a restricted driver's licence and could pass a drug test, would study towards a free civil infrastructure level two polytechnic course before getting a guaranteed job and continuous on-site training with their contractor.

In addition to the free polytech course and guaranteed job, participants would be given a living allowance.

However, they would have to find their own accommodation, Mr O'Keefe said.

About 2000 people aged between 16 and 70 had registered to date, including about 30 Dunedin jobseekers.