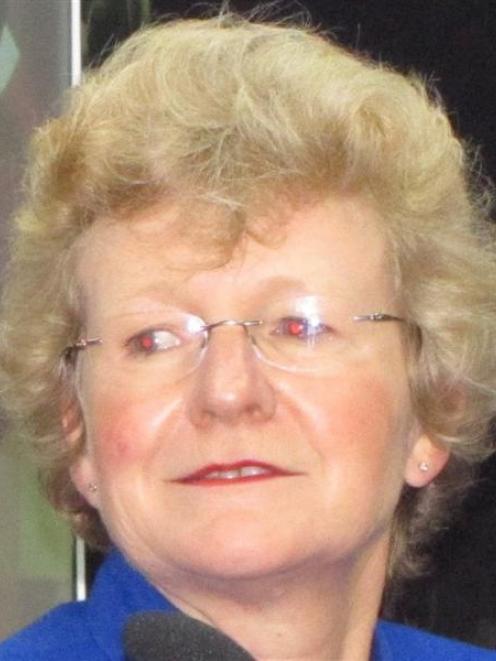 Kate Wilkinson.
Changes being proposed to the part of the Employment Relations Act regarding so-called vulnerable workers are likely to be condemned across the widest possible political spectrum.

While much focus will be on the changes to Part 6A of the Act which deals with the cleaning, catering, orderly and laundry industries, there are much wider implications including where the definition of good faith bargaining does not require the parties to reach a collective agreement.

But large employers in those industries covered by Part 6A will be unhappy at Labour Minister Kate Wilkinson exempting only small- and medium-sized businesses (SME) - those with fewer than 20 employees - from the provisions where the SME is the incoming employer.

One of the complaints made by businesses in those particular industries has been that when they have taken over another business, they were required to take on the existing staff. In some cases, employers argued, they had won the contracts because their own staff were more efficient than those of their competitor but they transferred to the new employer with the same terms and conditions of employment.

Ms Wilkinson has been the subject of an online campaign organised by Dunedin-based Crest Cleaning and its owner Grant McLauchlan to make a decision regarding Part 6A. Mr McLauchlan was overseas yesterday and could not be reached for comment.

The objective of the clause was to provide continuity of employment for employees in specific industries when a business was restructured or sold.

A review found there were significant operational issues around transferring employees' entitlements and information to the new employer, Ms Wilkinson said.

"Proposed amendments will fix these issues and provide more certainty and clarity for employers while at the same time protecting key benefits for affected employees."

Changes to Part 6A include:

• A requirement for the outgoing employer to forward employees' information to the incoming employer such as employment agreements, PAYE, wage and time or leave records.

• A process to help the employers agree how to apportion liabilities for accrued service-related entitlements of employees who are transferring.

• A requirement that employees must decide to transfer to a new employer within five working days.

However, the Part 6A changes are only part of the overall review which includes some changes moving employment bargaining further away from collective bargaining.

There will be a return to the original position in the ERA where the duty of good faith does not require parties to conclude a collective agreement.

Employers will be allowed to opt out of multi-employer bargaining and there will be provisions for partial pay reductions in cases of partial strike action.

The 30-day rule that forces non-union members to take union terms and conditions will be removed.

Council of Trade Unions secretary Peter Conway said the changes were designed to reduce the wages and conditions of workers in New Zealand.

"The ability to negotiate collective agreements is reduced by making it easier for employers to walk away from negotiations and harder for workers to take industrial action."

Mr Conway said the Government also wanted to remove protections for new employees who now could be offered worse terms and conditions than the collective agreement.

Regarding Part 6A, the current law provided protection for workers "particularly vulnerable" to exploitation, including those in cleaning and food services.

"SMEs will have a significant incentive to undercut other tenderers by cutting employees' terms and conditions. The CTU believes that this is as race to the bottom that mistreats some of our most vulnerable workers," he said.

BusinessNZ chief executive Phil O'Reilly said the proposed changes to the Act would improve but not significantly alter employment processes.

Part 6A had caused difficulties for companies operating in the cleaning, catering, orderly and laundry services. Exempting SMEs from the provision was a common-sense solution.

Other changes around bargaining would go some way towards more successful workplace relations," Mr O'Reilly said.

• Allowing employers to opt out of multi-employer bargaining.

• No requirement on parties to conclude a collective agreement.