Are our children are becoming 'digital zombies'? 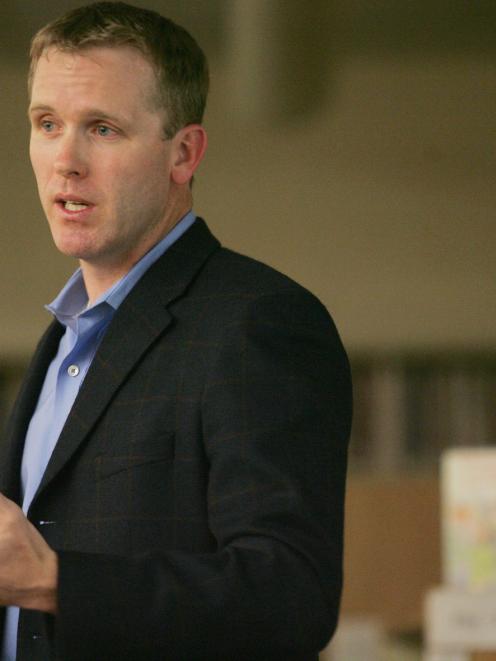 Tom Kersting, a student assistance coordinator at Indian and a psychotherapist in private practice in Ridgewood, New Jersey. Photo by MCT.
Josh Walker has access to a laptop 24-7 as part of the Pascack Valley Regional High School district's one-to-one laptop program.

"The pluses are that you get to have all your notes in one place - on your computer - where you can access them," the 16-year-old said. "You can Google basically anything - and that's also one of the disadvantages. It could distract you from doing your homework."

For the generation born after 1980 - the so-called Millennial Generation - being wired and connected is second nature.

A study by the Kaiser Family Foundation released earlier this year found that daily media use among young people had risen to seven hours, 38 minutes a day.

According to the researchers, that number is more like 10 hours and 45 minutes when the time spent multi-tasking - using more than one medium at the same time, such as texting while listening to an iPod - is included.

"That's more than a full-time job - and that's seven days a week, not five," said Tom Kersting, a student assistance coordinator at Indian Hills High School and a psychotherapist in private practice in Ridgewood, N.J.

Another study released by the Pew Research Center's Internet & American Life Project found that three-quarters of teens have cellphones, including 58 percent of 12-year-olds. Sixty-three percent of kids go online every day.

"I can't imagine going back to simple pencil and paper," Josh said. "But it's, like, a disadvantage, because people spend all day on e-mail, sending mass e-mails all the time.

"It's annoying. A lot of people don't pay attention in class because they are gaming or on Tumblr or whatever."

Josh got a Tumblr account in September at a teacher's suggestion. He and his classmates were soon using the popular blogging site continually, he said.

"His (the teacher's) goal was for us to share writing and stuff like that," Josh said. "But we ended up blogging all the time while in school. We blogged and did not do our homework. We were not getting any work done."

Kersting contends that texting, video games, social networking sites and music players are creating "digital zombies," and are affecting the way the Millennial Generation children think, process information and relate to one another.

Because they have become accustomed to communicating in short bursts of information, they now do so in class, he said.

"All this information is done in short, quick bursts," Kersting said in a telephone interview. "So they have a difficult time, cognitively, nowadays developing critical-thinking and problem-solving skills, because they are so used to quick burst and tweets of information."

Kersting said that students' brains are essentially being rewired to adapt to the way they communicate. In the process, they may lose the ability to relay ideas and interact with people in the way others had done before.

If teens stop communicating with their friends and others face to face, they will lose the ability to navigate complex social situations and that could be devastating for them when they are faced with college and job interviews, Kersting said.

"Like any skill, if you don't use it you lose it," Kersting said.

Andy Yeager, a psychologist and student assistance coordinator for the Park Ridge School District, said that he has seen positives and negatives from the increased use of digital media.

"There are a lot of people saying it's the end of the world," he said. "I think it's a bit much."

Yeager said that as a school psychologist he is concerned about two areas. One is how the excessive use of digital media affects social relations. The second is the challenges it poses to the development of the teenage brain and the ability to plan ahead and foresee consequences, determine the best way to work through problems, set long-term goals and develop a plan to work through them, Yeager said.

Yeager said he is already seeing negative effects in how kids relate to each other.

"They talk about having a fight with their boyfriend, and they have to go into separate rooms and text it out," Yeager said. "They talk about texting their parents back and forth while everybody is at home.

"It's still in the hands of researchers over time to determine what that means, but I think we all share a collective shiver when we hear stories like that."

There always have been warnings about the impact new trends have on the young, from the advent of television to rock-and-roll. But this time it's different, Yeager said.

"What we are talking about here is not just a new technology, but the obsessive and compulsive use," Yeager said. "It's the sheer frequency. It's the fact that it's seven-plus hours a day, seven days a week.

Woodcliff Lake technology teacher Fred Maltzan does not disagree that there are downsides to the rising use of digital media, but he thinks that students are learning skills they will need in the workplace.

"I see some very positive things," Maltzan said. "These kids are so fast, they can multi-task like I have never seen before. They can do three or four different things at once. To me that's a wonderful skill. It's a skill that they are going to need in the future to be competitive to get jobs.

"For example, texting; many English teachers think texting is a demise of grammar - and it may be - but it's a fast and efficient way to communicate. In the real world, that's what we do. We need fast and we need efficient."

Josh, the Pascack Valley student, is a member of the school's jazz band and BroSquad, an all-male student a capella choir. He doesn't think that his generation's use of digital media is all that bad.

He is a moderate user of technology. Though he owns an iPod, he rarely uses it, he said.

He had a friend change the password on his Tumblr account so Josh won't be able to sign on, and his mother, Linda Walker, takes away his cellphone while he is doing homework.

Still, his preferred mode of communication is texting.

"We use technology to make plans," he said. "We don't just sit around and text each other all day. I still hang out with my friends, we still go to the movies, we still make boyhood memories."

Kersting and Yeager think that parents are part of the problem. Some are essentially using digital media, such as video games, as baby sitters, Kersting said.

Kersting suggests a technology-free night or "technology blackout" to help parents and children unplug, even if it is for a short while.

That is exactly what Saddle River parent Linda Rosato does. She has a two-hour time limit on how long her son, 12-year-old Matt, can spend playing video games. Televisions are also off during dinner, and there is a no-cellphone policy at the dinner table.

"You really have to make a conscious effort," she said. "You can't just let life happen to you. You have to set the rules that you think are important, for your kids and for your family."