A leading Chinese Internet regulator has vowed to reduce anonymity in China's portion of cyberspace, calling for new rules to require people to use their real names when buying a mobile phone or going online, according to a human rights group.

In an address to the national legislature in April, Wang Chen, director of the State Council Information Office, called for perfecting the extensive system of censorship the government uses to manage the fast-evolving internet, according to a text of the speech obtained by New York-based Human Rights in China.

China's regime has a complicated relationship with the freewheeling internet, reflected in its recent standoff with Google over censorship of search results.

China this week confirmed it had renewed Google's licence to operate, after it agreed to stop automatically rerouting users to its Hong Kong site, which is not subject to China's online censorship.

The internet is China's most open and lively forum for discussion, despite already pervasive censorship, but stricter controls could constrain users. The country's online population has surged past 400 million, making it the world's largest.

Chen's comments were reported only briefly when they were made in April. Human Rights in China said the government quickly removed a full transcript posted on the legislature's website.

But the group said it found an unexpurgated text and the discrepancies show that Beijing is wary that its push for tighter information control might prove unpopular.

Wang said holes that needed to be plugged, included ways people could post comments or access information anonymously, according to the transcript published this week in the group's magazine China Rights Forum.

"We will make the internet real name system a reality as soon as possible, implement a nationwide cell phone real name system, and gradually apply the real name registration system to online interactive processes," the journal quoted Wang as saying.

As part of that internet "real name system," forum moderators would have to use their real names, as would users of online bulletin boards, and anonymous comments on news stories would be removed, Wang is quoted as saying.

The State Council Information Office did not immediately respond to a faxed request asking whether certain sections of Wang's address to the legislature were altered in the official transcript.

Wang's comments are in line with recent government statements that indicate a growing uneasiness toward the multitude of opinions found online.

A Beijing-backed think tank this month accused the US and other Western governments of using social-networking sites such as Facebook to spur political unrest and called for stepped-up scrutiny.

China has blocked sites like Facebook, Twitter and YouTube, although technologically savvy users can easily jump the so-called "Great Firewall" with proxy servers or other alternatives. Websites about human rights and dissidents are also routinely banned. 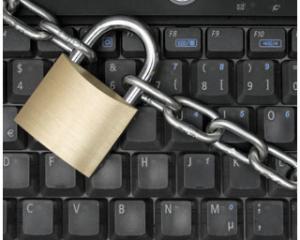