In loving memory: an obituary for the Walkman 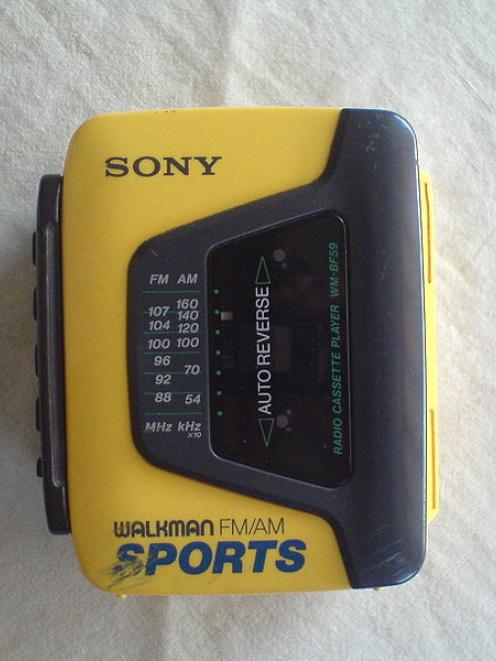 A Sony Walkman from the early 1990s.
The Walkman, the Sony cassette device that forever changed music listening before becoming outdated by digital MP3 players and iPods, has died. It was 31 years old.

Sony announced this week it has ceased production of the classic, cassette tape Walkman in Japan, effectively sounding the death knell of the once iconic, now obsolete device.

The Walkman is survived by the Discman (still clinging to life) and ironic music listeners who think using a Walkman in this day-and-age is charmingly out-of-touch.

It will continue to be produced in China and distributed in the US, Europe and some Asian countries. Digital Walkmans are also being made with models that display lyrics and have improved digital noise-canceling technology.

Still, if you're looking to chisel a date in the Walkman's tombstone, then October 25, 2010, is as good as any.

For many, that it's taken this long is surprising: "They were still making those?"

Perhaps October 23, 2001, the day the iPod was launched, is the better date of expiration.

But none of the success of Apple's portable music players would have ever happened without the cassette Walkman. Some 220 million have been sold since the first model, the TPS-L2, debuted in July 1979. (It retailed for $US200.)

At the time, transistor radios were portable, but there was nothing widely available like the Walkman.

It was developed under the stewardship of Sony founders Akio Morita and Masaru Ibuka. Morita insisted the device not be focused on recording but playback, a relatively odd notion at the time.

Originally called the "Soundabout" in the US, the Walkman was an immediate sensation and a revolution in music listening.

First and foremost, it was portable. Music no longer needed to be something that one experienced sitting in a room. It could be blasted on the bus, pumped while jogging on a beach or played softly while studying.

By turning the volume up, anyone could be tuned out.

The detached teenager with foam earphones slouched in the back seat or bobbing his head in the elevator became an indelible image of the `80s. (The first Walkman did have an orange "hot line" button to lower the music and increase the microphone so you could hear someone talking to you.)

Music, previously listened to in a room with shag carpeting and a stereo, was cast into the world, made a part of daily life. Pink Floyd could join you in a walk in the park, and Public Enemy could ride along during a commute.

More than portability, it fostered personalisation in music, a theme the iPod would also highlight in those early dancing silhouette ads.

A big reason there's so much nostalgia for the Walkman today is because it eliminated any separation from music. It felt like an appendage, which is perhaps why some (with questionable fashion instincts) clipped theirs to their belt.

The Walkman was also the father of the mixtape, an offspring that nearly trumps the progenitor. For the first time, music was something you could make yours by arranging it and swapping it.

For those young and unfamiliar with this process, making a mixtape typically entailed gathering songs by the Cure and Depeche Mode, labeling the tape with care and awkwardly giving it to a love interest.

The Walkman didn't disappear so much as it was improved upon. Sony continues to use it as a brand, but the company long ago ceded hipness and style to Apple. The iPod will likely one day befall a similar fate, and another generation will gasp in joined wistfulness.

When it comes to music and how we hear it, we're all romantics.