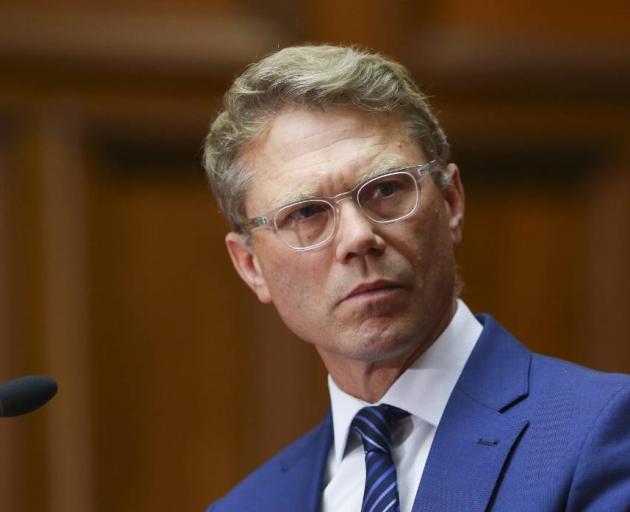 Paul Goldsmith says he has apologised to National leader Judith Collins. Photo: ODT files
The National Party says it has made an error in its fiscal plan, with finance spokesman Paul Goldsmith admitting the wrong numbers were used.

Leader Judith Collins has launched her party's campaign this afternoon - but the lead-up was blighted by a torpedo from Labour's finance spokesman Grant Robertson revealing a $4 billion hole in National's economic plan.

The error means National's debt repayment plans have been changed, It now plans to have debt down to 36% of gross domestic product by 2034, instead of the 35% it promised on Friday.

Today Goldsmith apologised for the mistake, but said it did not mean the whole plan was flawed.

"This is an irritating mistake, we missed it and our external checker missed it as well - that's a mistake."

He said he had apologised to Collins.

"We make mistakes from time to time," he said, later adding that "I never claimed to be perfect".

The error would not affect National's plans to offer tax cuts, Goldsmith said. 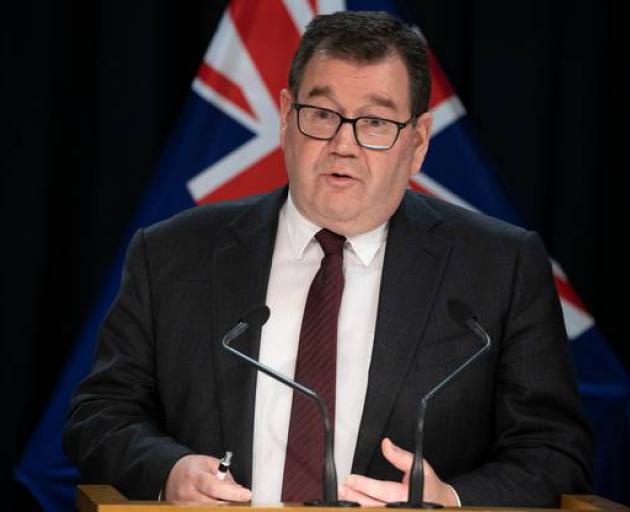 The error is in regards to the savings National would make by cancelling its contributions to the NZ Super Fund.

National's economic plan said scrapping these contributions would save $19.1 billion - but Robertson said Treasury's estimates show the Government would have been contributing $15 billion over that time.

Goldsmith has admitted to the error – saying the party had used numbers from the original Budget forecasts, rather than the ones from the Pre-Election Economic and Fiscal Update (Prefu).

"It changes the debt target in 15 years by 1 percent," Goldsmith said.

Goldsmith went on to point out that National's error actually showed that Labour had "quietly cut the Super Fund to reduce debt, which they didn't announce and we missed".

"We are surprised, given their criticism of us for suspending payments to the Super Fund."

But speaking to media this afternoon, Robertson said this was not good enough.

"The mistake means they have $4 billion less of so-called 'savings' to pay for their ill-thought-through plan. This begs the question of whether there are other mistakes in their plan."

National's planned campaign launch had to be cancelled after the second outbreak of Covid-19 in Auckland emerged just days before it. Judith Collins instead launched the campaign online - from Avalon studios near Wellington - this afternoon.

Collins called it a "bittersweet day" given the party's campaign launch had to be virtual. She pointed the blame on the Government for not doing enough to keep Covid-19 out of the country.

"I do not think the enormity of what is in front of us has yet sunk in for many New Zealanders," she said.

"The economic morphine pump is running low, and the pain is very real."

She took aim at Labour, calling its plan "short-term" and "low-value".

"Labour's erratic, unplanned governance and lazy incompetence are what we have come to expect."

Meanwhile, she said a National Government would leave a legacy which will leave for the next generation is a complete upgrade of New Zealand's transport, education and healthcare infrastructure.

Collins teased policies she will announce this week.

"In the days ahead I'll announce policy that will do even more to springboard businesses out of these difficult times, further boosting long-term employment.

"National will create an environment that will see New Zealand finally reach its potential as a small technology powerhouse. We'll also announce policy that will keep New Zealanders safer in the Covid-19 environment."

She finished by pitching directly to voters.

"Leading New Zealand through this deep recession will require a National Government. One that is bold, competent, and decisive – not prevaricating, and weak."

$4b is peanuts compared with what the government says it is printing by the middle of next year $100b- all to be paid back by you, your kids, your grandkids and great grand kids. One is an accounting error with partial info, the other is real- a burden for all for the benefit of few.

It's not the amount that matters, even though to most of us $4b is an unimaginable amount and not to be pushed aside as an accounting error.
We need to look at National's record of "accounting errors" history is replete with them for anyone keen enough to go look. Perhaps the most notable recent example was Stephen Joyce at the last election. Remember he pronounced that Labour were $10b out in the costings of their promises. He was asked to justify his claim and he said that most professional economists agreed with him. He was asked to name two such economists. He couldn't and most of the usual economic commentators came out and said that they agreed that Labour's calculations were correct. Poor old Stephen had to back down and looked very foolish. He'd used the same tactic in the 2 previous elections, pulled some fictional figure out of the air and got away with it. He was expecting to do so again.
My point is national lie to the public about economic matters. Everything they say needs to be tested for fact and truthfulness. Nothing they say can be taken for granted.

Damn, there had to be someone with a brain who found out. Oh well we will manipulate the figures here and there .... Mistakes happen.
Yes but the eager are more prone to it.