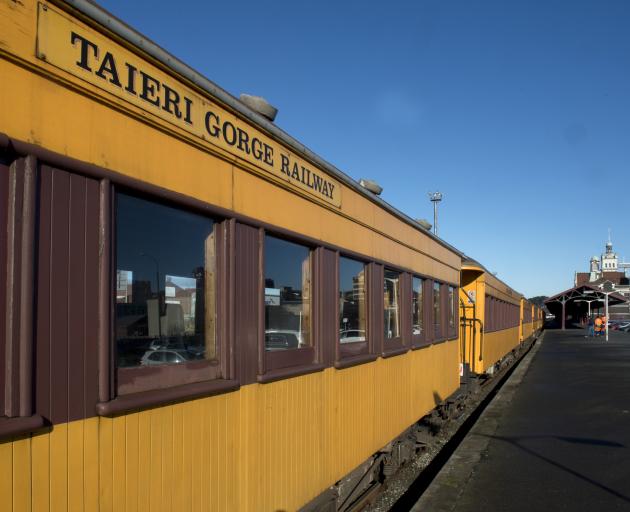 Dunedin Railways assets have been shut down following the Covid-19 lockdown. PHOTO: GERARD O’BRIEN
The people have spoken — and they want to save Dunedin Railways. John Farry revisits the issue.

It has been gratifying to receive a number of positive responses to the article published in the ODT (11.8.20) under the heading “Vital that we once again Save the Train.”

There is little doubt that the Taieri Gorge train is dear to the hearts of the people of Dunedin, and rightly so.

Some additional observations have emerged from recent discussions which I have had with a wide variety of local citizens.

There is a strongly held belief that Dunedin Railways should be regarded as a civic amenity akin to the Dunedin City Library, Otago Museum, the Botanic Garden, Moana Pool and so on. It was never intended to be a commercial venture in the true sense of the term and should never have been included in the various commercial operations which are under the supervision of Dunedin City Holdings Ltd.

The Taieri Gorge Railway Ltd, established by the Otago Excursion Train Trust, was initially operated voluntarily by railway enthusiasts. From the completion of the Save the Train Appeal in 1991, the company operated successfully without financial support from the city.

Up to the date of the recent decision to mothball the operation, the company developed — and over a period of 25 years expanded and upgraded — the rolling stock from its own resources without requiring capital from the Dunedin City Council.

In recent publicity, the management projects losses of $500,000 per annum and one can only assume that this alarming figure includes the projected annual cost of track maintenance over a 10-year term. It is understood that most of this maintenance cost pertains to the track beyond Pukerangi through to Middlemarch.

In view of the effects of the current pandemic, it is clear that it was necessary to temporarily reduce the overheads of the train company. A much smaller operation could be maintained in the interim to service the local and wider domestic tourist market. A trip to Pukerangi would be very appealing to the local community and would keep the wheels turning until the wider world returns to normal.

If a modest subsidy is required to maintain such a service then the collective wisdom strongly affirms that the necessary support should be provided by the city.

A number of people who spoke to me referred to the loss of the Mornington cable cars. The older generation remember this service with immense nostalgia and observe the fact that such a facility would be an amazing attraction for the city in today’s world.

A group of dedicated and courageous Dunedin citizens are working to restore the cable cars. They face an enormous challenge and, of course, we wish them well, but should we stand by and accept a similar fate for the train?

If ownership passes out of the hands of the city, the train could suffer a similar fate and a vital element of our infrastructure would be lost forever. The amazing experience of travelling through the tunnels and over the incredible viaducts of the spectacular Taieri Gorge would be impossible.

We must not allow this to happen.

As a philosopher once observed: “Those who do not learn from the past are doomed to repeat it”.

The consensus from all those with whom I have discussed the situation may be summarised as follows:

- The Taieri Gorge Train is a vital component of the Dunedin infrastructure.

- The Dunedin City Council has an obligation to the citizens of the city to retain and maintain the train.

- Until the world recovers from the Covid-19 pandemic, the train should continue to operate at a much-reduced level to service the local and wider New Zealand market.

- A trip to Pukerangi twice or three times per week in the meantime could be very popular with locals and especially during school holidays.

- The train should be made available for excursions and special charters as it was in the early days of its operation.

- Ownership and control must not pass from the city.

The operation of the train is not, and was never intended to be, a commercial venture. Management should be the responsibility of the council and if a modest annual subsidy is required to maintain the operation that subsidy should be provided by the Dunedin City Council.

It would be tragic if the Taieri Gorge railway were to suffer the same fate as the Mornington cable cars.

- John Farry is a former chairman of the Taieri Gorge Railway Ltd. 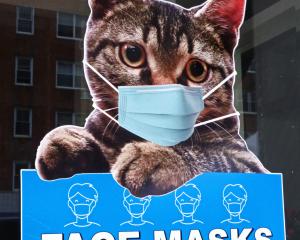 Finding reasons to smile as we grin and bear it

Let’s be realistic, anything that hemorrhages money like Dunedin Railways cant really be considered a business. DCC has been funding someone’s hobby. Mr Farry asserts that “people” think Dunedin Railways should be regarded as a civic amenity; what people? If that was really the case wouldn’t people have supported the railway and rode on it? I’ve rode the train and let me tell you; nothing to brag about! The LAST tourist attraction I would recommend to people visiting Dunedin! People are polite Mr Farry. The Taieri Gorge Train is not vital infrastructure for the city! It doesn’t provide anything vital for the city’s economic development and prosperity. In fact, the loss in revenue takes away from it. The Dunedin council has no obligation to burden the ratepayers with further losses! COVID 19 has killed the tourist industry in NZ. It totally justifies mothballing the train permanently! I think your comments and the ongoing losses are proof positive that that there is a definitive lack of leadership and business acuity in the company. A poorly run venture like this needs to be in the private sector not run by DCC at taxpayers expense! The Farry family has money, why dont you fund it?

Funny that one of the richest men in the city wants the ratepayers to continue funding his little hobby! Here is a brilliant idea for you Farry. Why not take some of your own money and fund the railroad yourself? Why force the DCC and ratepayers to risk their money on a failing venture like this? Like many other people from the city I’ve ridden the railway. I found it to be tacky, uncomfortable and very expensive. Maybe the tourist find that “charming and quaint” but I don’t! I saw little value in the money we spent. Further, you need to get real businessmen on the board. The same group of businessmen run everything in Dunedin. The lack the experience and expertise to run a railway! Your paying the CEO of Dunedin Airport $16,000 a year to be a board member, he knows nothing about railways! You need to clean house and get real experts in place before you start begging DCC for money!

How dare you speak for "The People" , such arrogance! I am people and you do not speak for me! Too hell with your overgrown train set, I say. If history teaches us one thing it is that those who cling to the past and refuse to change eventually become irrelevant or extinct.

I hope Mr Farry is a better lawyer than businessman. His business acumen is severely lacking. The Taieri Gorge Train is NOT a vital component of Dunedin’s infrastructure. Infastructure adds value and is vital to the economic development and prosperity of a city. The Taieri Gorge Train is pulling resources away from DCC. Its hurting the city. In difficult economic times, an economic burden like the Taieri Gorge Railway are closed. Assets are sold and people move on. I have no idea why DCC would have ownership of the Taieri Gorge Train to start with. It’s not a good investment for DCC. The ratepayers have lost a considerable amount of money. Why would we give them any more money? It doesn’t make sense! I agree with the previous comments concerning the governance of DCC entities. The same group of people are running everything here in Dunedin. They all have the same mindset. We need “new blood” leading these organization. The best and brightest are not running our city. We need the best and brightest, not the same people who have been bilking the city for years.

Looks like the Negative Nancies are busy at their computers today, bless them.
This was a major tourst attraction for Dunedin, taking thousands of people every year to some stunning scenery. It's not just for rail enthusiasts nor is it an "overgorwn train set", over 50 people lost their jobs (some after 20+ years there) so have some respect.
Hopefully a way is found to save it before a chunk of Dunedin history is lost forever, the Taieri Gorge is a beautiful place to visit.

Too funny! Yep, it was such a major tourist attraction it lost a 1/2 million dollars of ratepayers money. If it is a viable tourist attraction Farry can invest the money to get it back up and running. People are sick and tired of DCC wasting money on lost causes like this. Negative Nancies...that's a good one! Again, too funny!

Negative Nancies that's funny. I guess that must make you a Positive Pansy! But hey enough of the name calling! No disrespect intended for anyone who has loss their jobs. My comments were aimed at Mr Farry as prove that he does not speak for the people and that I as an individual do not agree with him. Apparently from other comments written here, I am not alone.

If people want this then people get on and do it. How do you think OETT was formed, it wasn't by writting letters to the paper. And TGR has in fact received considerable financial support including in the appeal, and since, from DCC.