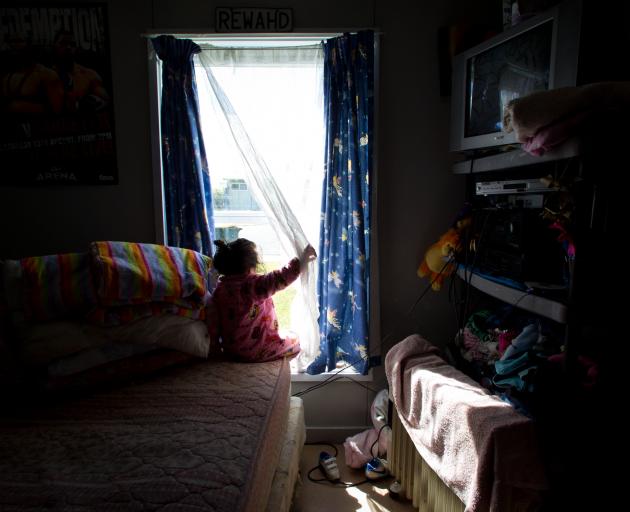 New Zealand must address its poor international rating on child welfare. PHOTO: THE NEW ZEALAND HERALD
John Highton reflects on our Covid-19 experience and wonders what a more equal society would look like.

Gerrard Eckhoff (ODT 25.9.20) and Simon Noble (ODT 5.10.20) have presented alternative views on how we as New Zealanders should move forward in a post-Covid world. Mr Eckhoff disparages politicians who talk about spending voters’ money, though he should more correctly have been talking about taxpayers’ money. The distinction is important as he later makes it clear that in his view many farmers and small businesses do not pay tax. He points out that a majority of tax is paid by a relatively small number of wage earners. Mr Eckhoff’s analysis inadvertently makes a strong case for widening the tax base, including a tax on unearned income. Mr Noble correctly points out that to succeed every one of us will need to do our bit and contribute to our tax and to our recovery.

During lockdown I took part in a Quaker discussion group that tried to address the issue of what course we should take as a nation in navigating the choppy waters post GFC and Covid-19.

We started from a position of hope that came from the successful communal response to our sudden predicament. We got the job done because we were able to act together. Collectively as Kiwis we still had the instinct to look out for one another. In contrast, those countries that made a cult of the individual have not done so well.

On top of Covid-19 we now find ourselves facing an increasing number of problems that are becoming critical, many relating to too many people making too many demands on finite resources. With a huge and closely interconnected global population, we can unfortunately expect further pandemics that will come on top of social and economic disruption due to climate destabilisation and critical shortages of vital natural resources such as water. Despite these challenges our successful response to one crisis gave our group hope that we can cope with such adversity, but only if we act together as advocated by Mr Noble.

How can we act together if we knowingly ignore the welfare of a significant part of our population? As a society we cannot afford to continue the luxury of focusing on profit and consumption above considerations of human welfare. We once had a relatively egalitarian New Zealand in which everyone was supposed to get a “fair go”. In more recent decades we have been seduced by economic and social policies that have allowed the privileged few to accumulate a disproportionate amount of economic benefit. Such policies have relegated the less fortunate to poverty, insecurity and poor health.

To our shame we have even allowed this to extend to our children so that we now rate poorly on international surveys of child welfare and we still have high rates of diseases of child poverty such as rheumatic fever. If we are to do well as a nation and if we are to be in a position to withstand further pandemics we cannot afford to have a significant proportion of our population so vulnerable. Common sense indicates that we need to re-create a more equal society.

What does a vision of such a society look like? It would need to be respectful of what is now a diverse range of New Zealanders. It would need to affirm the special contribution of Maori both constitutionally as recognised in the Treaty, and in shaping our collective values and approach to an uncertain future. We will need government that speaks the plain truth and a society that values verifiable facts over innuendo and half-truths. We would need a capacity for peaceful dialogue and robust processes for conflict resolution. As a small and vulnerable trading nation we need a peaceful world in which to thrive and so as a nation we will need to contribute what we can to institutions that maintain international peace and stability.

There is a lot that we will have to do. We will probably need to make sacrifices and lead simpler, more self-reliant lives but as Kiwis we know we can do that. We will need to revolutionise our production, distribution and use of energy, change our transport systems and be innovative in our food production. We need to find solutions to our intransigent housing problem. We need to reinvent our broken financial system, which is barely surviving with the intensive care measures of printing money and near zero interest rates but still favouring investment in property rather than productive business.

We will need government that looks to the future and embraces the need for change rather than relying on backward-looking traditional tweaks such as the tax reductions favoured by Mr Eckhoff.

We need new thinking, new solutions and faith in our ability to work collectively as New Zealanders in the face of adversity.

We do not know with any precision what the future will bring and we do not have a formal constitution to guide us. Maybe that does not matter since the high principles embodied in constitutions seem to be largely ignored in current political practice.

If we are to have some underlying simple principles our group suggested that they be sustainability, simplicity, equity and non-violence.

We face a difficult future but our group concluded that as a nation we have the personal and cultural resources to find opportunity in adversity. If we can continue to support one another and we each contribute as we can, we will do well in a changing and challenging world.

- John Highton is an Otago emeritus professor of medicine and rheumatologist living in retirement in Dunedin.

What incentive is there for people to work hard and take risks if they have to pay more in taxes? The taxes are wasted on ideologic programs designed to try and make all people economically equal (impossible). In democracies, equality means equal access to opportunities to succeed not equal outcomes. I pay enought taxes as do the super rich. They shouldn't be further penalized and forced to pay higher taxes. Equality in outcomes means we all pay the same tax rate not gouge people because they worked hard and were successful. Redistribution doesn't work. The money is wasted and the outcomes remain the same. If you want change, real change focus your efforts at the front end on improving the access to opportunities. Better schools, 2 parent households, and other proposals designed to restructure existing economic relations. This would reduce or even eliminate the poverty plauging NZ entirely if they were implemented. Success is the result of hard work, you can't tax the rich and then give the poor that money and expect them to be successful. It's just charity but another name. This process has been tried and failed for years. The government is the problem not the solution.

Superannuation, or Universal welfare for the aged, is a taxed imposition on the young. Public money to Team NZ is a disgrace. New, young, politicians may have the nous to show a better way.