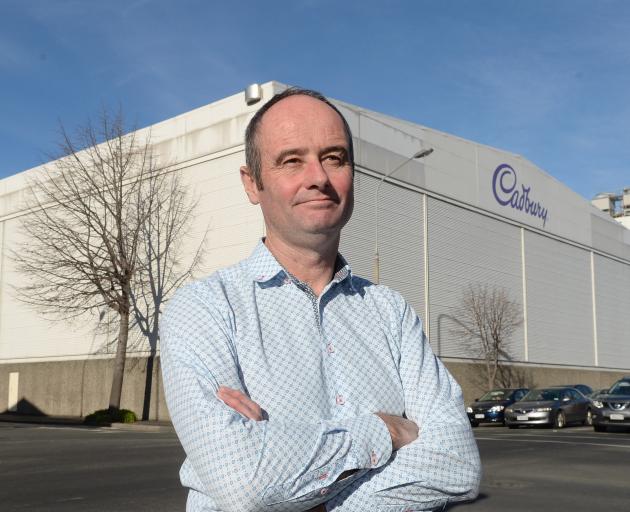 Jim O'Malley, a Dunedin city councillor, is trying to raise $20 million to keep the factory open on a portion of the site.

Mr O'Malley is working in a personal capacity; the Dunedin City Council is not involved in the bid. His plan is to run a public share offer aimed at the general public as well as business.

If there was little interest, the plan would be dumped, and the ''lights will turn off in March''.

Shares in Dunedin Manufacturing Holdings (DMH) would be priced at $50 if the offer goes ahead.

A website has been launched - www.ownthefactory.co.nz - to register pledges.

''You will not be committed to make an investment at this time, but we ask you to only make a pledge if you intend to invest in the future,'' he said.

It was an opportunity to invest in a viable business while helping the community, he said.

The plant would make the full range of New Zealand favourites, such as Jaffas and Pineapple Lumps, under licence for Mondelez International.

DMH would also look for new markets, and it planned to expand over time to full chocolate production.

Mr O'Malley is also considering acquiring the dairy processing plant which Mondelez now wants to sell as a going concern.

Production would start in August 2018, he said, but Mondelez wanted to confirm the third-party manufacturer in a couple of months' time.

''It's a difficult process that we're facing because of the time constraints but I do believe it's a viable business proposition.

''If we get a strong response from the public, then I believe we can go back [to Mondelez] with a strong case to say there's every reason that we will get off the ground.''

Production would shift to the warehouse building in the north side of the site.

The confectionery equipment would be shifted from the southern end of the site to the warehouse.

The business would employ 25 workers initially, increasing to 69 over three years.

Mondelez has run an expression of interest process to find a third-party manufacturer for the Kiwi sweets, which closed last Friday. Mr O'Malley has registered for that process, and Mondelez had agreed to the two-week pledge period, he said.

''Mondelez is willing to give DMH and the people of Dunedin a chance to raise these funds.''

Another interested party in the manufacturing contract is understood to be Rainbow Confectionery, in Oamaru.

Mr O'Malley's plan differs from that of other parties because it involves acquiring part of the site and the equipment, rather than just agreeing to produce the goods.

''By not trying this, we are guaranteed that in March [next year], when production stopped, that would be the end of industrial chocolate manufacture in Dunedin,'' Mr O'Malley said.

The $20million would cover costs such as acquiring the warehouse, and purchasing, moving and refitting the equipment.

Founding staff would be issued stocks as part of their remuneration.

He said keeping production on site would benefit Mondelez's Cadbury World, the tourist attraction that will survive the multinational's production shut-down next year.

Ms Curran said the plan was viable and exciting.

''I don't think chocolate is going to go out of fashion, and this is the silver lining in the exit of Mondelez from Dunedin.

''It's a respectful way for them to exit to leave something behind that is actually of value to the local community.

''I would urge anybody who is interested, who cares about Dunedin business, to think about making a pledge,'' Ms Curran said.

Mr O'Malley has stepped down from the Cadbury civic working party to avoid any conflict of interest.

''As I've said previously, I welcome any proposal that would retain some continued processing for the local market and jobs in our city,'' Mr Cull said by email.

Screw the Mondelez monopoly. Bring in the bulldozers and build a parking lot!

Yes, bowl the building and buy the land cheap, who else wants the eye sore, give us CHEAP car parks, IF you want a Chocolate Factory, put it an industrial part of town and it should pay for itself, NO rates relief?