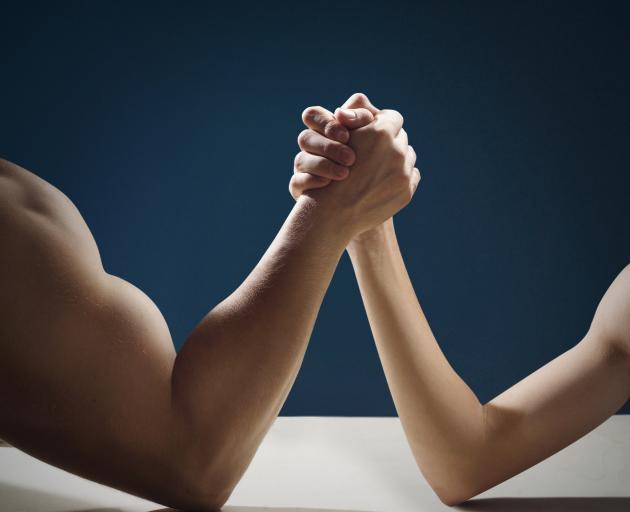 Photo: Getty Images
Inequality is nothing new. It can be found wherever one chooses to look, but greater state control of the economy is not the answer, writes Gerry Eckhoff.

Headlines stating debt burden is part of a broader inequality in New Zealand are misleading, to say the very least. The issue, problem, or reality of inequity and debt, depending on how it is viewed — is nothing new.

From the biblical days of money lenders in the temples through to the plays of Shakespeare (The Merchant of Venice and Hamlet) inequality and debt in all its many forms has been an issue confronting society.

Lending money with interest was considered by many as un-Christian. No shingle or slogan has ever been hung on the front door of a bank stating that “it is more blessed to give than receive”, as advice from the Bible offers.

Christians who borrow are encouraged to pray hard but budget even harder but taking on prudent debt is for most the only way out of servitude.

Life, as depicted at Downton Abbey or the caste system in India, illustrates inequality is to be found wherever one chooses to look. Paradoxically, inequality is positively welcomed on the sports field but is only of serious concern when economic inequality starts to show disparity between those who understand the correlation between risk and reward and those who don’t or are more conservative.

Borrowing from a bank has always carried risk to the borrower. Personal guarantees over the loan are required, yet more people than ever accept the terms offered as they assess the cost and risk versus the long-term personal benefit. Inequality is not a random condition — nor is it in any way genetic. For example, the poorest grouping of people in the United States are white and live in the mountains of West Virginia. In New Zealand there are significant factors such as immigration from fiscally poor countries to fulfil a need for low-paid work, but it creates a situation where wealth creation is very difficult.

The debate from a proliferation of left-wing economists constantly dresses up the need for much greater state control of the economy as becoming increasingly necessary to rectify inequality.

Tom Sowell, the great American economist-author and someone who actually knows how to think logically, says governments have their own interests which are often contrary to the public interest. He observes that good things happen in the economy automatically, like lifting 50 million people out of poverty this past decade or so, but when bad things happen (rising food and house prices) it is always somebody else’s fault.

Sowell believes that socialism has always been viewed as a good idea with one tiny but inherent flaw. It doesn’t work — anywhere. Just because a government has a policy on inequality or child poverty doesn’t mean it translates into results that offer any meaningful difference.

Sowell points out that equality of opportunity is essential, but equality of outcome is a far more difficult, if not well-nigh impossible, to achieve. He points out the children of a family with the same parents and living in the same house can have significantly different economic outcomes as they create a life for themselves. How then is it ever possible for a government to ensure every citizen enjoys the same outcome given the enormous disparity of our species. If successful commercial enterprises add to a nation’s wealth, they do so by perpetuating and enhancing personal wealth as well, thereby increasing inequality. That is a concern to the political left, who fail to explain why that is such a bad thing if commerce also offers wealth creation that funds our public good services such as health and education.

In a recent article in the Otago Daily Times, Max Rashbrooke, a research fellow at the Institute for Governance and Policy Studies, writes that people in negative net wealth are young (15 to 24), which is entirely predictable. People aged 55 to 64 who have a mortgage over their home (which indicates that they have accumulated assets) is an entirely realistic outcome and unlikely to be possible without some borrowings. Debt is not compulsory; the right attitude to it is. Governments borrow for good reasons such as intergenerational equity. The prudent private investor borrows for their family’s future.

A recent example is the outstanding achievements of two young supermarket workers who have just bought their own home. Their new home may indeed fall in value (at some point) as Mr Rashbrooke points out, but history indicates the workers are right, and the research fellow is wrong.

He wrongly attributes the collapse of the housing market in 1998-99 in the US to wealthy Americans loaning money to the less well off. The collapse was brought about by government decree that Fannie May and Freddie Mac (both lenders of huge proportion) should loan to those who could not afford to repay the interest on the loan — so the housing market collapsed. No surprises there.

Inequality therefore has no chance of being solved by government decree but by teaching in schools and university that sensible risk, a good job and a fair amount of hard work and fiscal prudence will see inequality become less of an issue.

It raises the point of how do you define education. I had a brilliant education that emphasised critical thinking skills. The ability to think on feet and critique events and people have come in handy in life and I thank my teachers.

Stratified class systems are on the wrong side of history, unproductive and economically burdensome.

I gave my kids a lesson in socialism last year.

All but one of the four (one refused to work) were given a list of chores around the home, in return for "equitable" payment afterwards.

When the chores were done, I gave all four the same amount of money, regardless of whether and how hard they had worked.

Welcome to a micro version of New Zealand, kids!

I disagree with the underlining philosophy of the writer. But working within his idea consider we do not need to guarantee equality of outcomes, but we need to ensure equality of opportunity. Do that and any New Zealander can build wealth.

However, our society is currently twisted against equality of opportunity. That needs correction and that means if education is the answer then those disadvantaged need more help. Massively boost funding to lower decile schools to supply more teachers and learning recovery specialists and give poor young people free tertiary training for their whole course.

This would be expensive and require government intervention, probably more taxes, so cannot be left to the market. The idea dropped at the end of the opinion piece is get an education. But when you start years behind the average due to disadvantage and inequality of opportunity that is like saying “let them eat cake” to the staving of a French famine.

The opinion is delivered from the towering position of privilege and does not recognise the barriers to getting the education advocated for those at the poorest levels of society.

Remove those barriers to education and he has a point

I did not realise the American government had ordered Mack/May into sub prime. The State also deemed private Enterprise should be bailed out by Public money.

The only fix for rampant parasitism is to dismantle the institutions which maintain gross inequality and priviledge. Simple.