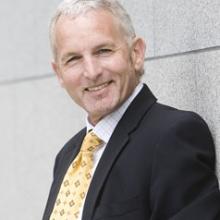 Michael Laws
Former Wanganui mayor and broadcaster Michael Laws is standing for a seat on the Otago Regional Council, saying that the council “has dropped the ball on a number of issues and requires reform.”

Mr Laws, currently a public advocate and writer, spent six years as Mayor of Wanganui and three terms as an elected district health board member.

He is a former Central Otago sports representative and national title winner, and has a young family living in Cromwell.

Mr Laws said the Otago Regional Council was full of good intent but had evolved into a reactive rather than a proactive body.

“The lack of action with regard to the weed menaces that have invaded Central Otago lakes and waterways is just dreadful. Similarly the belated and under-funded attempts at eradicating pests and wilding pines.

“And I’m still trying to work out how a sports stadium in Dunedin got $35 million of regional council rates when there were so many pressing environmental priorities.”

Mr Laws said that he wanted to create a more “proactive, response and public-friendly regional council. One that anticipates change and issues rather than reacts too late to them.”

“The Central Otago/Lakes region is one of the fastest growing in New Zealand. The infrastructure is struggling to cope, and the demands of development, the tourism industry and the environment need to be carefully balanced.

“One thing is for certain: tourists come for the beauty and grandeur of the natural environment. Compromising that environment is a recipe for economic and environmental loss.

“The council has a responsibility to lead – and to take the Otago public with them. One thing I will certainly duplicate from my time as mayor is giving every regional ratepayer a direct say in determining the council’s priorities.”