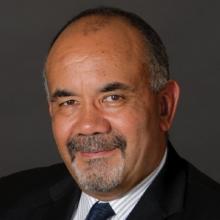 That is the question Tariana Turia, Pita Sharples, Te Ururoa Flavell and Marama Fox leave behind them at their party's tangi.

In Treaty of Waitangi terms that is both an article 2 and article 3 question.

Article 2 talks of self-determination, tino rangatiratanga, Maori for Maori. But the British army in the 1860s subordinated that to article 1, single sovereignty of the colonial government.

Article 3 talks (in modern parlance) of full citizenship, a full opportunity to make the best of oneself.

Whanau Ora was the top outcome of the Maori Party's marriage to National. Ensuring Whanau Ora survived required renewal of the marriage vows after the 2014 election, despite widespread disquiet.

Now whoever leads or is in the government - including New Zealand First which abhors ``race-based'' policy, parties and projects - is unlikely to can it, though may rework and refine it.

But staying with National was suicidal for the Maori Party.

Already in 2014, Sharples and Turia having retired, the party was down to one of the seven Maori electorates. Te Ururoa Flavell lost his on September 23 and took out Fox who had only just scraped in in 2014 on the list.

Fox went ballistic at Labour. She might have asked herself why she had helped to in effect transfer Labour votes to National.

The Maori electorates' party vote is a Labour vote. On election night Labour got 60%, National 7.4% and Fox's party 12.1% across those electorates.

Fox might also have asked what would have happened to Maori interests if Labour had not legislated to override the 2003 Appeal Court foreshore-seabed ruling - the cause of Turia's defection from Labour and formation of the Maori Party.

Without that legislation, there was a good prospect ``one nation'' sentiment whipped up by National leader Don Brash would have carried National into office.

The result would have been worse for Maori, not just on the foreshore-seabed but generally. Article 2 would have taken a hit. The electorates would have gone.

Moreover, though Sir John Key backed National out of Brash's cul de sac, took the Maori Party under his wing and changed the legislation, Michael Cullen had already produced rules which were not too far from where Key's legislation went.

Key also backed off National's policy to abolish the Maori electorates. But he would probably have done that anyway, in the interests of developing his constructive relationship with iwi leaders who could not have countenanced abolition.

Mana Motuhake split off. The Maori Party's seat count went from five to three in 2011 then two.

Then Tukoroirangi Morgan became party president. Morgan got offside with the seriously powerful Mahuta family. Nanaia Mahuta got angry. She won 70% of the electorate vote on election night.

Labour has all the electorates back. But for how long?

Fox was right in one respect: the Maori electorates are logically Maori.

Unsurprisingly, they have now twice gone AWOL, all five in 1996 then five of seven this last time.

But can Mahuta and her six electorate colleagues, including deputy leader Kelvin Davis, turn the electorates into Maori seats that happen to be Labour?

Can those MPs get the rest of the Labour caucus, including the five Maori list MPs, to act and talk in ways that in effect resurrect the Ratana formula?

Jacinda Ardern is aware of that challenge and intends to meet it.

One dimension is to pick up Grant Robertson's general point after Labour's mingy 25% vote in 2014, that Labour has to be ``part of the communities we live in'', which it does at most patchily and far less well than National.

In the Maori electorates, can Labour be the next Maori Party, a two-way Treaty partner?

If not, a new force will likely take some or all of the electorates at a future election.

Labour could, in theory, construct a Ratana-type deal with that new force, leave the electorates with the new force and lock it into a working relationship. If not, the new party would probably be hostile, as the Maori Party was.

*An aside: Key called the Greens ``barking mad'' over a Panama trusts Bill, so what does that say about National wanting them in a coalition pack?

Interesting point that Brash would have brought National home if Labour had not passed the S and F Act.

The comments by H Clark about 'haters and wreckers..rather see Shrek' were the last straw, I think. They were demeaning of mana. It has been clear, over the years, that Maori were deeply hurt, and the Party never forgot it.

Mei Reedy Taare is among those most likely to bring back Maori representation.

I think it's great the Maori party is gone.... their beating bleating drum was boring.