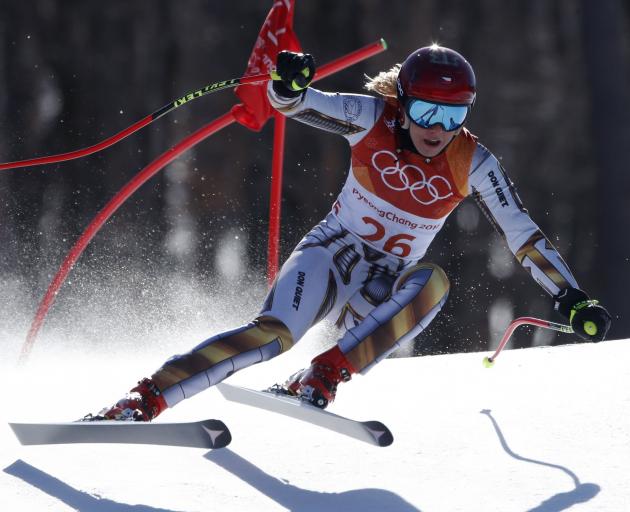 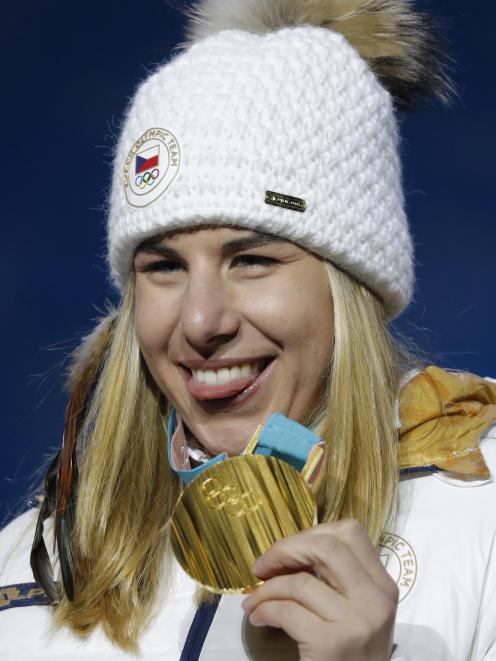 Ledecka produced one of the biggest upsets of the Winter Olympics when she tore down Jeongseon slope in PyeongChang in bib number 26 to win the race on borrowed skis.

"Golden Miracle!" blared the popular tabloid Blesk as Czech news websites featured the story on top of their home pages and television stations ran replays of the run that marks only the third Olympic medal in Alpine skiing for the country of 10.6 million.

The two previous medals were both bronze, won by Sarka Strachova in Vancouver in 2010 and Olga Charvatova in 1984 in Sarajevo.

Ledecka, who will also compete in the snowboard parallel giant slalom, is ranked 43rd in the World Cup standings and Czech commentators thought a win so unlikely that they focused on her mistakes during the run before bursting into screams of joy when they realised she had won gold.

"Incredible! Nobody can believe this! Ester Ledecka has the gold!," they shouted immediately after she crossed the finish line.

A grateful Ledecka thanked fans on her Facecbook page, which swelled with more than 30,000 "likes" and 2,700 shares after her win over Austria's Anna Veith.

She thanked her parents, including her rock musician father Janek Ledecky whose musical version of Hamlet was a hit in South Korea in 2007. He supported his daughter's career at the start with around 12 million crowns ($US587,460) before sponsors showed up.

Her win reminded Czechs of another surprise Olympic win in 1998 in Nagano when Jaromir Jagr and Dominik Hasek led the men's ice hockey team to a gold medal win over Russia.

"It is a great shock, I still can't grasp it completely even now," Ledecka said in an interview for www.idnes.cz news website.

Just shows the danger of networks shifting coverage before "the fat lady" has sung!
While it's not the first time a late starter has won, it's a colossal first time that a snowboarder, starting late, has beaten the world's best at an alpine event.
Also, while the worlds' media is saying "borrowed skis", not so. Schifrin got new skis, and GAVE her old Atomics to Ledecka.