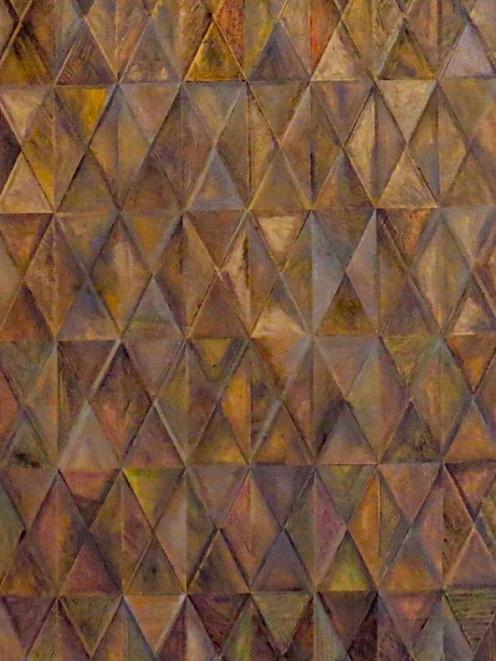 Despite graduating from Otago Polytechnic's School of Art in the 1990s, it has taken Patric Tomkins until now to present his first solo exhibition. And the wait has been worth it.

These pieces, painted in rhythms of colour over a rough unprimed jute canvas base gain a strong, three-dimensional effect through the presence of the coarse weave and through the artist's impressive use of shade and subtle shifts of colour.

Other works suggest an ongoing exploration of pure colour and shape, a process which can be seen in several stages, each of which focuses on these aspect more closely. 2012's untitled acrylic work still presents shifts of tone within the colours, but this is reduced by 2016's Drawing no.1 and becomes a meditation on mood by 2017's Josef Albers-like Quartet.

It's unusual to get a debut show which also feels like a retrospective of an artist's stylistic journey, but this rare display is just such an exhibition. Hopefully Tomkins will present another exhibition sometime before 2038! 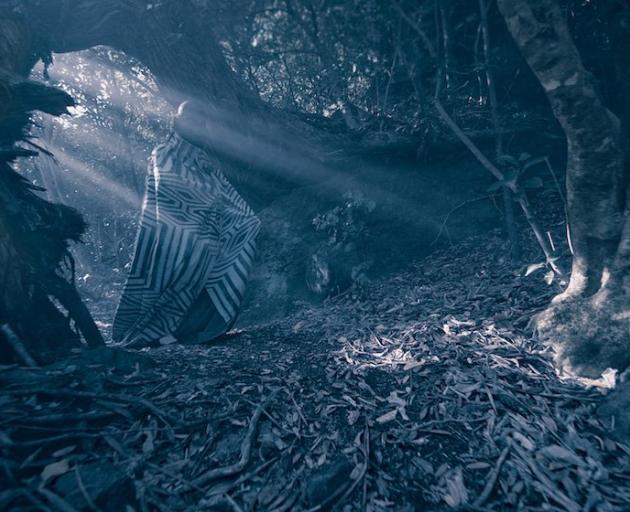 At the Gate, by Lisa Reihana
''Whitianga <<>> The Crossing'', Lisa Reihana (Milford Gallery)

The works take inspiration from mythologies of death and passing to the underworld, which pervades the cultures of many people worldwide. Reihana's work deals primarily with Maori lore and the stories of goddess Hine-nui-te-po, yet echoes of similar journeys can be found from Japan to Greece to Ireland. The tale is quintessentially Maori, but it is also that of Orpheus, Bran, and Izanagi.

Reihana leads us through a darkened, mist-shrouded forest of muted, sombre colours where humans are but small creatures caught within the land, travelling at the will of the spirits. While several stills depict these characters front and centre, others make it clear that this is not a land they can conquer, but a tangled and endless supernatural realm.

The works, created at Karekare - an area with a rich, sad history of Maori bloodshed - gain an extra layer of otherworldliness through their method of presentation. They literally glow from within and are presented as frozen, haunted fragments of an eternal journey. 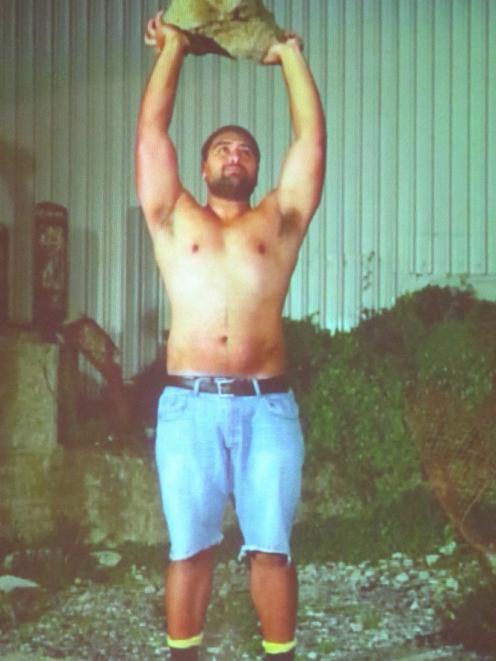 John Vea is an Auckland-based artist of Tongan descent. His two video works on display at the Dunedin Public Art Gallery highlight socio-political issues relating to the Pacific diaspora, and the twin problems for migrants of disconnect from homeland and the low worth they are often held in in their new homes.

In Finish this week off and that's it!, Vea examines the role of Pacific Island people as modern navvies -working for low pay in labour-intensive jobs. In parallel videos filmed over several weeks, we see the artist holding a heavy rock for as long as he can.

During the weeks needed for creating the work, Vea deliberately fed himself only as much as would be practicable on minimum pay. The weightlifting task becomes an analogy for the struggle to keep working and balancing a life under duress.

Concrete is as Concrete Does shows Vea and fellow artist Matavai Taulangau traversing the landscape on concrete blocks which they pass forward and place once they have travelled over them, thus becoming a manual conveyor belt or caterpillar track.

The seemingly endless journey is analogous to that of migration across the Pacific, and simultaneously reflects the disconnect felt by new immigrants, no longer able to touch their turangawaewae, the soil of their native land.