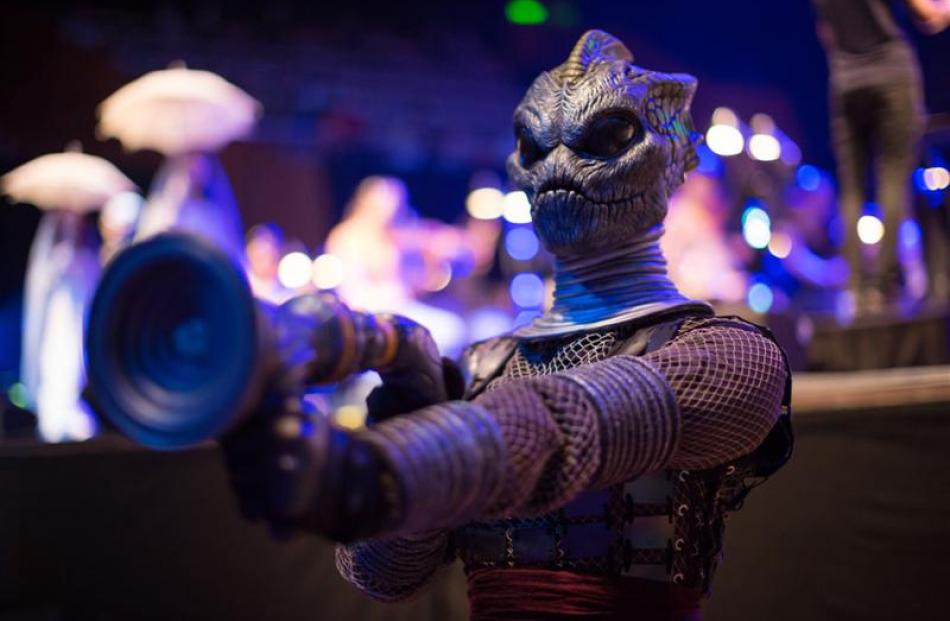 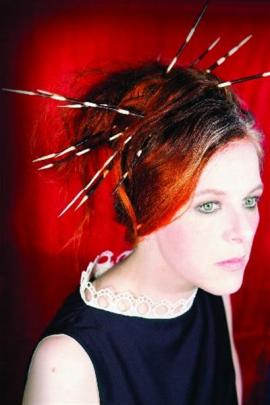 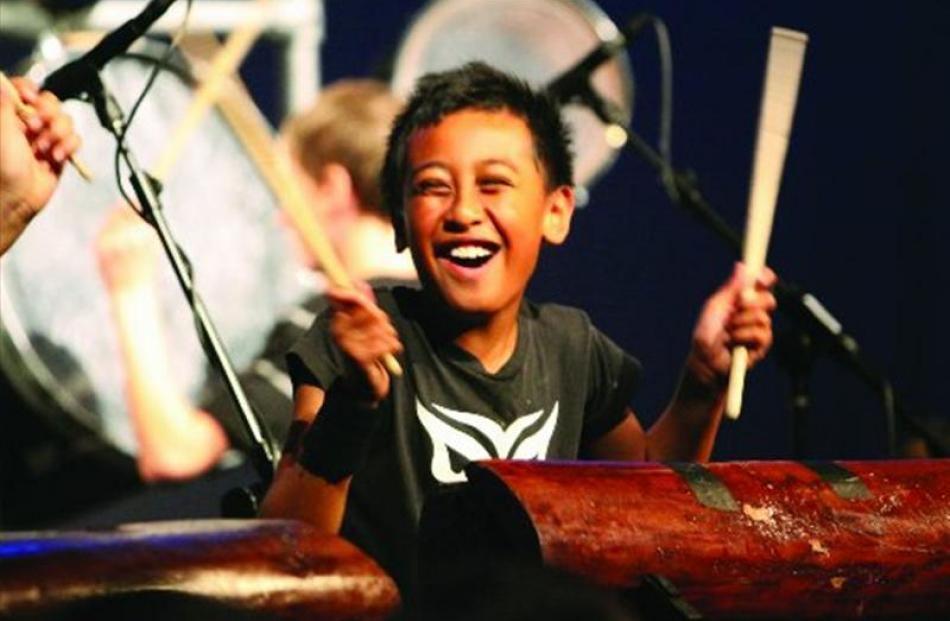 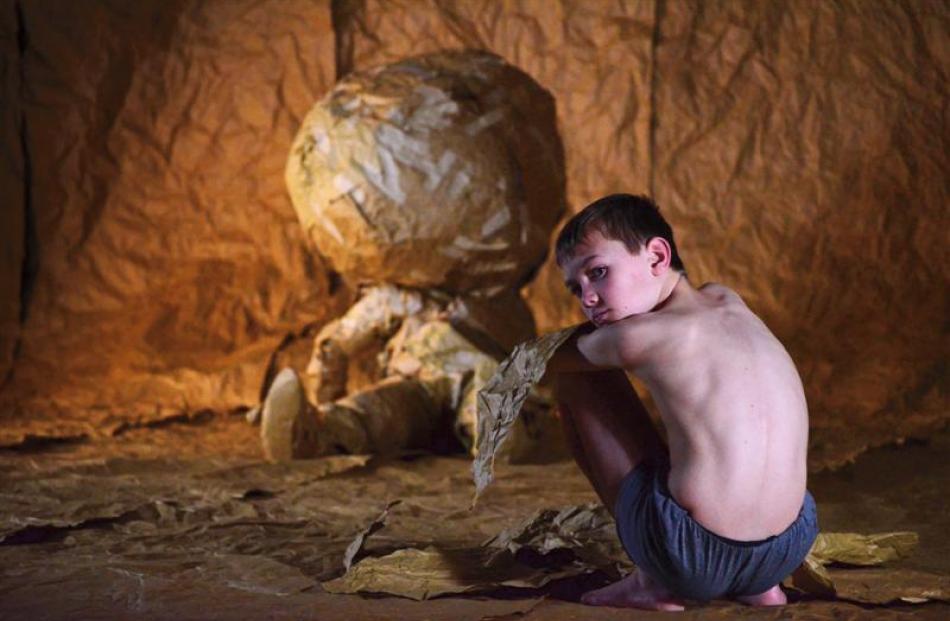 In <i>Age</i>, three generations of performers explore human curiosity and physical power in this new work by Ross McCormack. 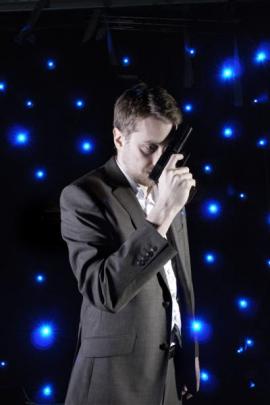 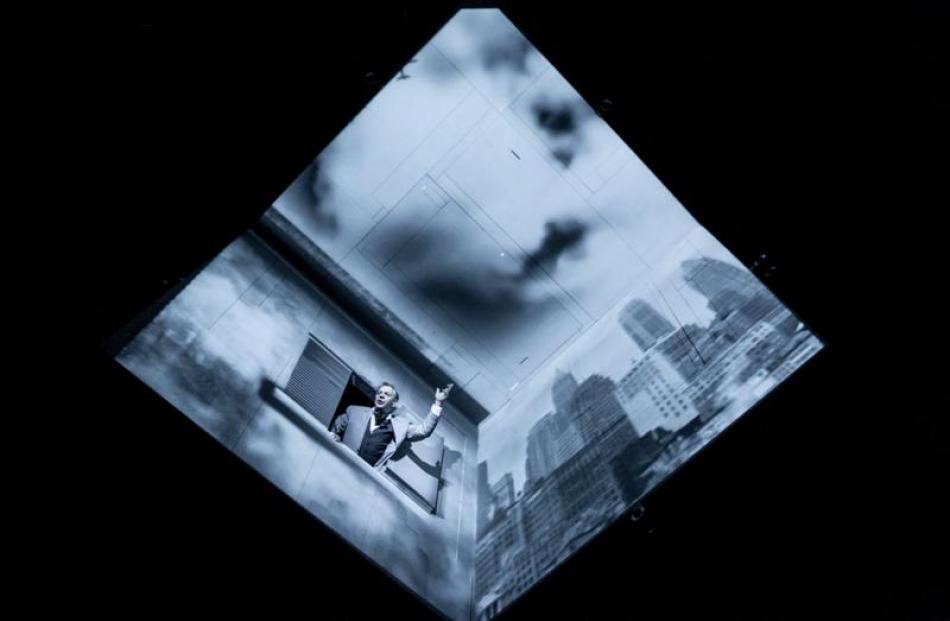 <i>Needles and Opium</i> explores the complex relationships between addiction, obsession and art.

The world is coming to play in Wellington. Nigel Benson previews the 2014 New Zealand Festival.

Some absolutely, positively capital entertainment is coming to Wellington.

The 2014 New Zealand Festival will be a smorgasbord of top-shelf fare, with more than 300 events stretched over 24 days and nights.

International masters of the arts will join the best of New Zealand talent in the almost month-long showcase.

The eclectic programme ranges from the Doctor Who Symphonic Spectacular and Shakespeare re-imagined in six-metre tall puppets, to performers catching bullets between their teeth.

''Our hallmark is that we present the highest quality works that are being produced at the moment; both internationally and nationally,'' artistic director Shelagh Magadza said.

''We look for artists that offer something extraordinary and that have something of `the moment', that is relevant or interesting.

''A great festival is a time when people put aside their normal lives and come out to play. They can explore the world through the eyes of artists and encounter new and exciting ideas, sights and sounds. It is also a great celebration of place and, I hope, our festival brings out all that is great about life in Wellington and the many cultures of New Zealand.''

However, curating the biennial festival was a constant challenge, Ms Magadza said.

''It's always a juggling act, but the great thing about a festival is that you can programme a variety of different art forms - classical music, contemporary music, theatre, film, dance, literature, visual arts - and everything in-between.

''It's a complicated process. We travel internationally to see works, talk with other festivals about joint touring opportunities for artists and we meet with local artists in New Zealand. From this we work out what is great, what is possible and what we can afford.''

The festival had been a massive cultural and economic boon for the capital, Ms Magadza said.

''In a small, compact city like Wellington, the festival creates a lot of buzz. The proximity of the venues means that people walk between shows and restaurants. Having such a large influx of people from round the world means you hear different languages on the street and have a real sense that, for this short moment, we are the centre of the universe. The bars and restaurants come on board in a big way and add to the whole flavour of the event, with special offerings and happenings. This year we are creating a Festival Hub at the St James Theatre, which will be a gathering point for audiences and artists to connect.''

The 2012 festival drew 275,000 people to Wellington and contributed around $56 million to the local economy.

''As the capital city, this event also benefits New Zealand, as we bring a large number of visitors into the country and show them something quite special which really does enhance our reputation internationally,'' Ms Magadza said.

''Approximately 10,000 school children attend festival performances and we offer workshops for school children and young arts professionals, which gives them an opportunity to develop their own creative skills with the help of top artists from around the world.

''There are also a few events in the programme based on audience participation, which is a reminder that we all have something to offer. An example is The Big Bang, which opens the festival. This free concert, led by Strike Percussion and Kora, features 200 children from across New Zealand and a 300-strong community choir.''

New Zealanders were sophisticated in their performance tastes, although it was difficult to identify a ''New Zealand taste'', Ms Magadza said.

''It's a global world now, so people have access to so much material to inform their tastes. It's hard to generalise. We have strong traditions of music and visual arts within New Zealand. We love hearing our own stories turned into theatre or film, but we have a great curiosity and openness to other cultures. New Zealand audiences like to see works made for, and about, New Zealanders, but they also enjoy the best the world has to offer.

''What is really great is how open New Zealanders are to diverse cultures, which allows us to bring events from all over the world.''

Many elements came together in the running of a successful festival, Ms Magadza said.

''There are many factors. The audience numbers, audience satisfaction, whether we felt we delivered quality events and whether the artists were happy with what we collectively achieved. And, of course, we aim to bring everything in within budget. In 2012, 92% of audiences responded that they were extremely satisfied with their experience of the festival, which is a very high measure to live up to.''

The festival was launched in 1986 to push artistic boundaries and pursue world class acts.

Highlights this year will include Russian director Dmitry Krymov's reimagining of A Midsummer Night's Dream (As You Like It), featuring six-metre high puppets, acrobats, ballerinas and even a Jack Russell terrier, and Doctor Who Symphonic Spectacular, with Daleks, monsters and the New Zealand Symphony Orchestra. The Bach Collegium Japan provides a double-bill of Bach, and the Batsheva Dance Company, from Israel, makes its New Zealand debut.

''Garcia Lorca has, of course, been a symbol of artistic freedom for many decades. This is his story in the hands of one of the world's most important contemporary composers, realised by star international soloists and performers,'' Ms Magadza said.

Cabaret trio The Tiger Lillies performs 25 songs inspired by Samuel Taylor Coleridge's Rime of the Ancient Mariner against projections of seascapes, while Requiem for the Fallen reflects on New Zealanders in World War 1, through poetry, taonga puoro and string quartet. The classics are given a contemporary twist in Shakespeare's A Midsummer Night's Dream (As You Like It) by Russian director Dmitry Krymov and Homer's An Iliad, by True Blood star Denis O'Hare.

A high-calibre hit from the 2012 Edinburgh Fringe Festival, Bullet Catch, reveals the secret behind the catching-a-bullet-between-the-teeth trick.

New Zealand dance works include The Crimson House and Stones In Her Mouth by Lemi Ponifasio and MAU and Age, by young New Zealand choreographer Ross McCormack.

As for Ms Magadza, she is now looking forward to transforming from artistic director to audience member.

''I do get excited. I'm looking forward to seeing Deca Dance, Needles and Opium, Ainadamar and some of the New Zealand work that has had a long development period. Some of these include a dance work by young artist Ross McCormack called Age, a new work by Lemi Panifasio and MAU, The Crimson House, an Auckland Theatre Company production of Briar Grace-Smith's play Paniora and Tales From the Forbidden City, with the New Zealand String Quartet and the Forbidden City Chamber Orchestra, from China.''

Nigel Benson travelled to Wellington as a guest of Absolutely Positively Wellington.

Catch it
• The 2014 New Zealand Festival runs from February 21 to March 16 in Wellington.

Be there
• The New Zealand Festival is offering Otago Daily Times readers a weekend in Wellington during the second week of the festival, Saturday and Sunday, March 1-2. This includes double passes to three shows: Saturday, March 1, A Midsummer Night's Dream at 2.30pm and The Contact Season of Power Plant at 9.10pm; and on Sunday, March 2, Unmythable at 3pm, as well as one night's accommodation for two people at the Amora Hotel Wellington for the Saturday night. To go in the draw, write your name, address and daytime phone number on the back of an envelope and send it to NZ Festival, ODT Editorial Features, Response Bag 500014 Dunedin, or email playtime@odt.co.nz with NZ Festival in the subject line, to arrive before Wednesday.