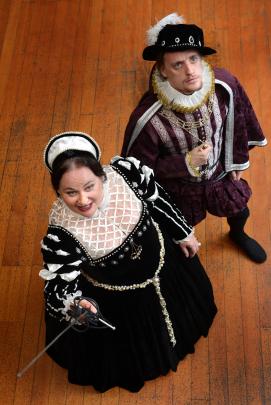 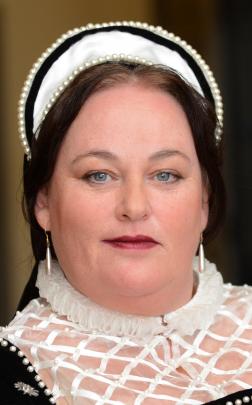 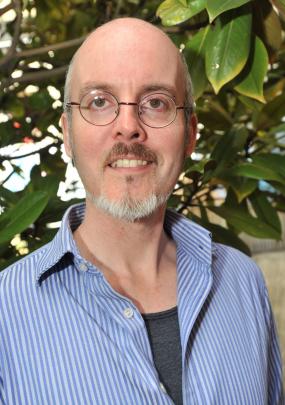 One of the most powerful monarchs in 16th-century Europe, Catherine de Medici is the subject of a new musical work. Charmian Smith reports on a masque about the French queen whose intriguing mix of charm and menace enabled her, against all odds, to wield power for good and evil.

Jonathan Cweorth is so fascinated by a trio of renaissance queens who managed to wield power against all odds that he is creating a series of masques about them.

Queen Catherine's Masque will be staged on March 1 as part of the New Zealand International Early Music Festival.

The first, Mary Queen of Scots was presented in October 2013 during the Celtic Festival and toured to Invercargill last year, and the third, about Queen Elizabeth I of England, is yet to come.

He writes the masques and lyrics, which are set to music of the country and period and are produced by the Dunedin Medieval and Renaissance Society.

He finds it intriguing that renaissance monarchs wielded huge power and influence but they also often walked a knife-edge where they could be killed or lose everything at any moment.

Catherine de Medici (1519-1589), the Italian-born wife of Henry II of France, was a compelling figure and one of the most powerful monarchs in 16th-century Europe, despite the fact that French law forbade women to reign.

She managed to rule France as governor and regent, or through her sons for almost three decades, Cweorth said.

''Catherine was also unusual in that she was a foreigner. Italians were looked down on by the French and she was not noble-born. Her family were parvenu, nouveau-riche bankers and merchants and that was also held against her at the French court. She was sneered at as the Florentine tradesman's daughter, but she managed to get herself into a position of supreme power in a foreign country.''

Her husband Henry II died in an accident in 1559, and her son Francis II, who had married Mary Queen of Scots and become king at the age of 15, died the following year.

Her second surviving son, Charles IX who became king at the age of 9 and died at 23, showed little interest in government, leaving Catherine to be the power behind the throne.

In the end, her influence over her third ruling son, Henry III, waned and he put her to one side.

He made mistake after mistake and she watched the Valois dynasty she had married into, swept away by the Bourbons.

She had spent much of her life trying to protect the Valois line against rival dynasties, including the Guises and Bourbons, both of which had claims to the throne.

In addition, for most of the century France was riddled with civil wars, between the Catholics and the Protestant Huguenots.

''Catherine was a Catholic monarch, although I think her Catholicism didn't go very deep. She tried very hard to unite her subjects. Through most of her reign she was constantly trying to forge peace treaties, make concessions and bring people together in harmony. She tried very hard to do that but of course in the end she chose a side.''

It came to a head with the notorious St Bartholomew's Day Massacre on August 23-24, 1572 in which many of the Protestant leaders and people were killed.

A few days before, Catherine had married her daughter Marguerite to Protestant Henry of Navarre, a political marriage to which Marguerite was opposed.

Henry, a Bourbon, was later to become Henry IV of France.

Large numbers of Protestants and Catholics were in Paris for the wedding and a lot of tensions came to the boil, Cweorth said.

''It's thought that Catherine might have instigated an assassination attempt on the life of the Protestant leader, Admiral de Coligny, who was a competitor for influence over her son Charles IX. It's thought the failed assassination riled the Protestants and in the end she seems to have acted pre-emptively under a sort of Machiavellian principle: if you kill all your enemies in one blow they won't be able to avenge themselves.''

Catherine was a complicated character but a capable politician.

She put a great deal of emphasis on her status as a widow and mother, playing up feminine roles while perfectly capable of being ruthless and authoritarian.

By all accounts she was charming despite her domineering presence, he said ''Her children respected her and were frightened of her, but she was emotionally hard to relate to, I think.''

Catherine was well-educated and culturally sophisticated, spending ruinous amounts on art, music, costly masques and entertainments, as well as architecture.

She also delved into astrology and black magic.

She had necromancers working for her making talismans and potions; her perfumier was rumoured to be a skilled poisoner so she was often suspected of poisoning her rivals, he said.

In this masque, Queen Catherine is played by Dunedin singer and theatre practitioner Clare Adams.

She studied theatre at Allen Hall and physical theatre in Oxford, UK with Phillippe Gaulier before returning to New Zealand and taking part in the Short and Girlies cabaret show that toured New Zealand in 1990.

Since then she has combined her role as mother of four children with teaching, acting, directing and producing.

''You need to do that in Dunedin, develop multiple skills, and producing gave me freedom to put on things I wanted to do, including shows for Talking House and WOW!''

She is also involved in Northern Artery, an arts collective in North East Valley, runs a community choir for people who were never given the opportunity to sing, and sings tenor in the Southern Consort of Voices.

Her unusual female tenor voice suits the character of Catherine, and she is enjoying exploring the emotional and dramatic richness of the character.

''There's lovely rich colour of her own sense of purpose. I think she really did believe she had a purpose and it's so rich because there were so many elements involved. She was charming, which is fun to play, but obviously people were in fear of her - a combination of menace and charm - which are often traits in male characters but not liked in females,'' she said.

''She gets called a witch because of her beliefs, and a tyrant and evil. How could a woman want vengeance so strongly? The fact she was a female with power at that time is very interesting. It's been fascinating reading about her. She's a character people should know about.'' 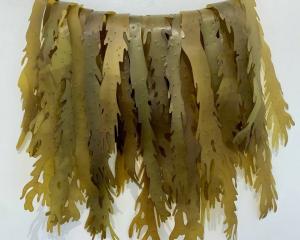