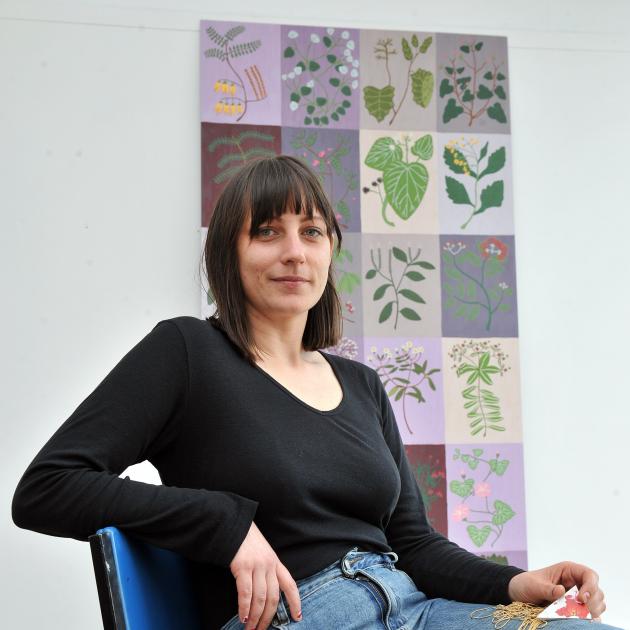 Ayesha Green has moved away from her large-scale works (rear) to try her hand at mosaics and installation. Photos: Gregor Richardson
A move to Dunedin has proved to be life-changing for Auckland-based artist Ayesha Green. She tells Rebecca Fox about the impact of having time to play.

Having the freedom to experiment, take a risk and try things out is changing the way Ayesha Green thinks about and practises her art.

The Auckland-based painter came to Dunedin earlier this year after realising the best way to do the research she wanted to do for a coming exhibition at the city's Blue Oyster Art Project Space was to be here in person.

She was not to know then the decision would result in major changes in her life and her art.

Her mission back then was to research the whaling economy on Otago Peninsula, looking at the bicultural relationships that developed between the settler whalers and the local Maori.

But the more she delved into it, she realised there was a lot more going on than just the whaling economy.

She also realised she wanted to be present and have a reciprocal relationship with the research and become involved in it, rather than be a ''transient knowledge collector''.

''The research is so different to what it would have been if I'd lived remotely.''

Part of it was that her own whakapapa was in Otakou and she had not connected with it before.

Moving south, with the help and support of a residency from the Blue Oyster, was the answer. 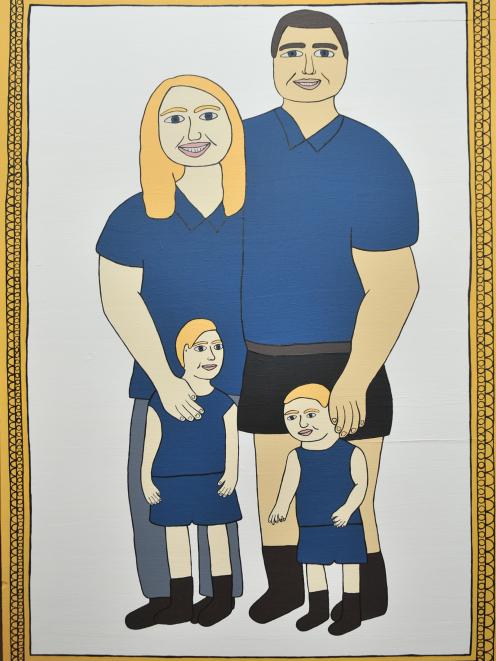 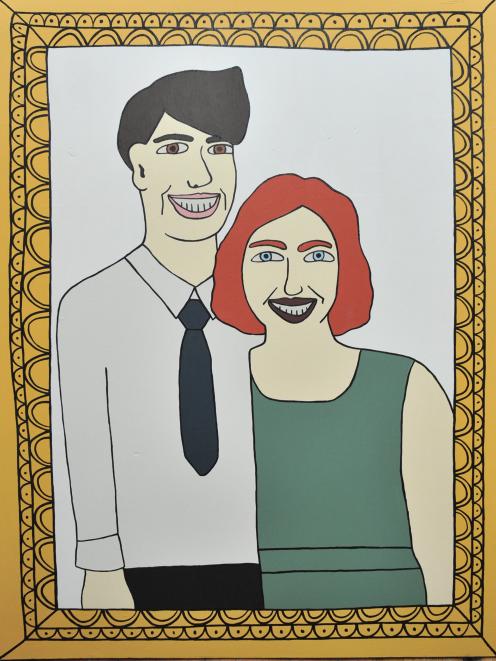 Ayesha Green is creating a portrait gallery with paintings of her friends and family.
''For me, it's coming home. It's become a spiritual journey, which is great personally, but also has pushed my practice and got me thinking about ideas that are bigger than just the narratives of whaling or biculturalism.''

She is finding the changes to her art practice exciting.

''An artist works a year or two in advance and everything is preplanned, so the nice thing about being here is having the freedom of ideas, to change and to be experimental.''

As the Blue Oyster is dedicated to enabling artists to be innovative and experimental in a space free from commercial restraints, she is learning to test things out and that it is all right to have mistakes and failures along the way.

''For the first time, my practice is not a narrative with a beginning or an end.

''Being here has made me feel more adventurous, to think about how I make work and feel about work.''

The changes have challenged her ''security blanket'' of painting and her practice being based on the relationship between peoples, especially Maori and Pakeha, and how they inform one another.

''I feel really good about putting down the paintbrush and using other materials.''

It has also challenged her own identity - her relationships to people, to place, to family and to her ancestors.

''I'm interested in those relationships, in how they are reciprocal and how they inform each other and ... how all those things align in me.''

For the first time, she is trying her hand at large-scale installation - a handmade net made of snake chain jewellery thread linked together.

''Usually my work is based on history or stories, is really narrative driven, but this is the first time I've been looking at concepts which don't have that narrative so with those new ideas, there are new ways to be played with.''

Known for her large painted works on board, she has downsized for this exhibition and created a portrait gallery.

She has painted 54 portraits of her friends and family that will be hung together, reminiscent of Toitu Otago Settlers Museum's own portrait room.

''I've not been very good at detail so it's been a nice challenge to get smaller. For some reason, the smaller they get, the more cartoon-looking they become.''

She will also give the portraits to their namesakes after the exhibition, taking the notion of relationships and gifting a step further.

Green is also experimenting with mosaics, a craft she has not attempted before. She plans to transfer images from her earlier, larger works on to the small pieces of ceramics.

''It's the first time I've played about to see what different materials do and what they bring to certain conversations - figured things out through making rather than production.''

She came to art later than most after a not-so-good experience of art in school drove her towards a career in film-making.

She did a bachelor in media arts at Hamilton's Wintec before moving to Auckland, deciding a new start might help her find her direction.

She had discovered by then that art encompassed much more than she originally thought, so she enrolled in a postgraduate course at Elam School of Art.

''I was a pretty rocky start. It was quite hard.''

It was there she discovered painting - something a boyfriend at the time was doing - and it appealed as being a lot simpler than the film-making she was doing.

So she took a year to concentrate on her painting while working in ''hospo'' to make ends meet.

But there was something missing that she could not put her finger on.

''I didn't know what I wanted to talk about in that language.''

She had come to Dunedin to support a friend exhibiting at Dunedin Public Art Gallery five years ago and visited Toitu, where she saw the whaling boat Maori Girl.

''I was interested in how it was called Maori Girl, what that said about women and vessels and women as vessels. I was so curious about it but I couldn't put a finger on why.''

On her return to Auckland she decided to study for a diploma in museums and cultural heritage, which involved papers in sociology and anthropology.

''It was an eclectic mix but it gave me the all the things that I cared about but I didn't know how to articulate and apply to my art practice.

She hopes her work will add to the conversation about whakapapa and papatuanuku, as ideas around the two are often misunderstood, and put a visual language about the concepts so they are more understandable.

''Or that they contribute to those concepts as well.''

Her time in Dunedin has been so productive, she has decided to stay.

''I love it. I feel really purposeful here. Things make a lot more sense. I just have to sort my life out now.''