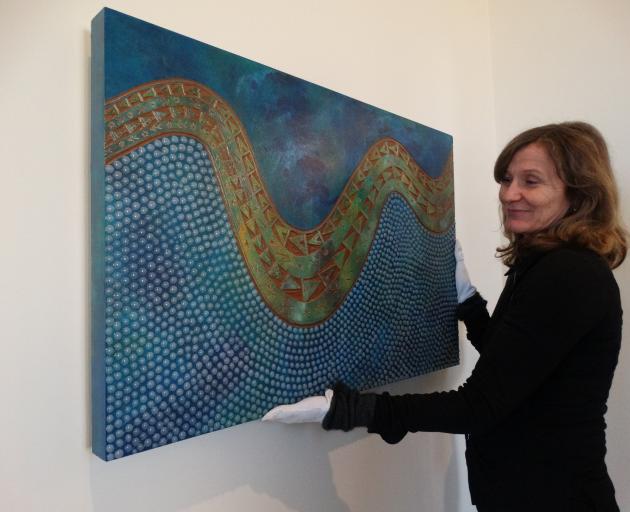 Colourful . . . Forrester Gallery director Jane Macknight prepares to hang a piece by Samoan artist Ana Teofilo ahead of the gallery’s ‘‘Our Oceans’’ exhibition, an art and science collaboration between the Dunedin School of Art and the University of Otago. PHOTO: DANIEL BIRCHFIELD
After months of delays and unhappy surprises, Oamaru’s Forrester Gallery will open its doors this week. Rebecca Fox talks to Jane Macknight about the trials and tribulations of renovating a heritage building.

Discovering she had been sitting just 1m from a wall of toxic black mould is one of the more traumatic moments experienced by Forrester Gallery director Jane Macknight.

‘‘It was traumatic for staff; upsetting.’’

It was just one of the secrets the Heritage New Zealand category one former Bank of New South Wales building was hiding.

The discovery of the mould in the upstairs gallery forced the Oamaru building’s closure in December 2018 and triggered an assessment of the building’s state.

Investigations uncovered mould in other parts of the building, built in 1884, as well as asbestos and fire compliance issues.

‘‘It’s been hard. There have been some tough times, but I’ve been lucky I have a good support team.’’ 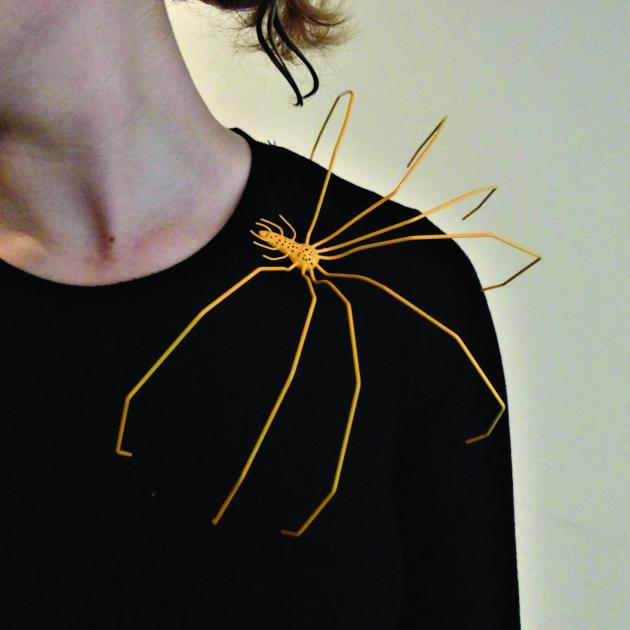 Michelle Wilkinson’s sea spider brooch. PHOTO: SUPPLIED
Macknight, who has been director of the gallery for the past seven years, also discovered that while she has always thought of herself as a pessimist this process has taught her that she is ‘‘definitely an optimist’’.

The old laundry storage structure at the back of the building was also demolished.

This meant the gallery was closed a lot longer than originally expected. It’s reopening was then delayed by news the gallery’s ornate plaster ceiling had to be fireproofed.

Then, just as they were readying to reopen, the country went into lockdown as we battled the Covid-19 outbreak.

So to be on the verge of reopening is very exciting for Macknight.

‘‘I’ve missed being in here a lot,’’ she says, walking through the empty gallery space. ‘‘You miss the visitors, the volunteers, the rhythm of the exhibition programme.’’ 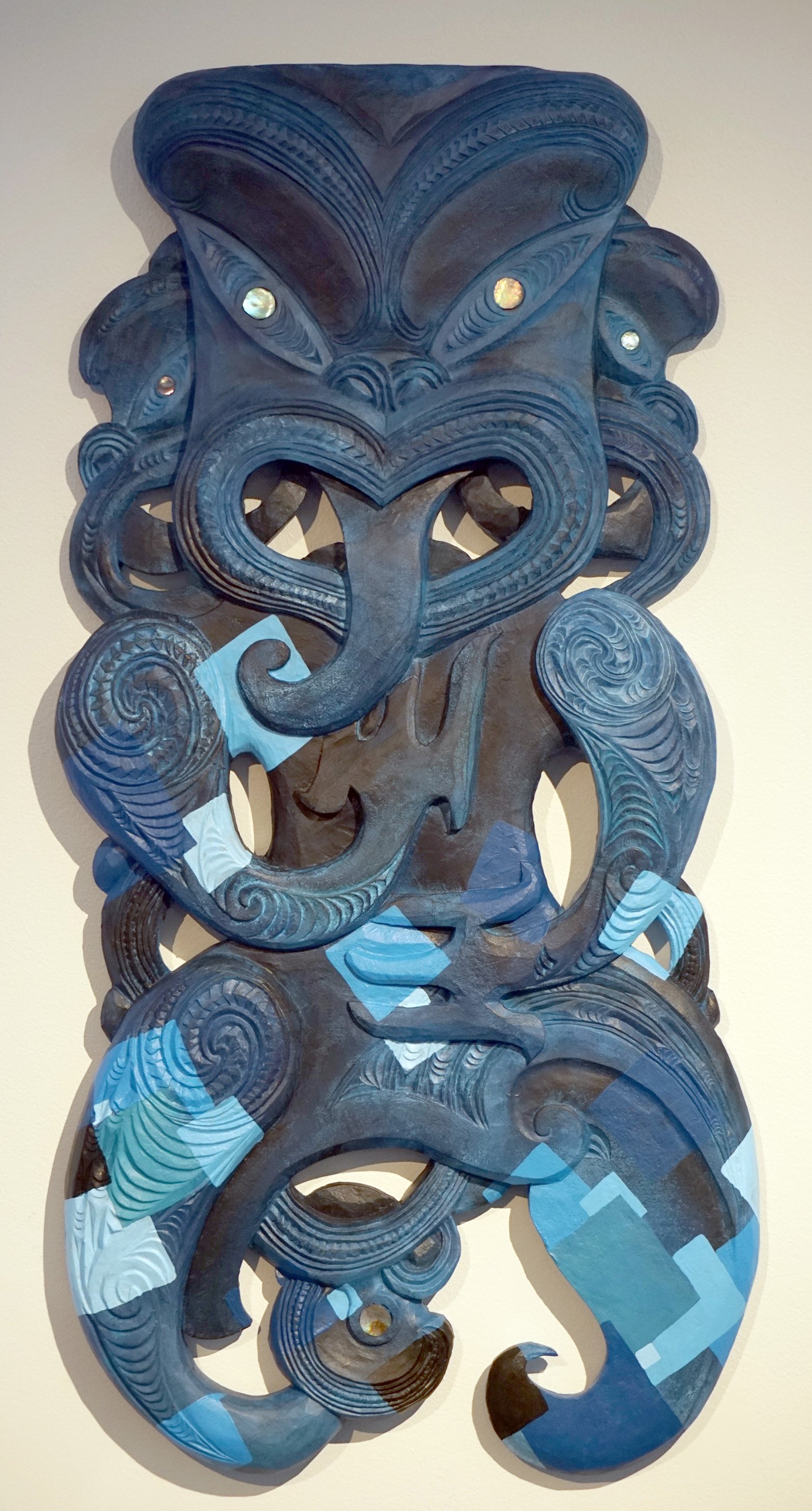 Heremaahina Eketone’s carving Nga Kaitiaki.PHOTO: SUPPLIED
When the public returns, they will not be able to see the ‘‘phenomenal’’ amounts of work done to the space as most of it is hidden behind walls and ceilings.

‘‘All they’ll see is the beautifully repainted walls. The wooden floors have been resanded and polished.’’

The public, however, will benefit from new lighting tracks and a heating system.

‘‘We’ve got heating throughout the building for the first time, so its a lot more comfortable. Before there were pockets of warmth.’’

The public will also be able to appreciate that the out of fashion ‘‘Santa Fe pottery-faded pinky coloured’’ staircase is now a ‘‘gold-ey’’ colour and the stairwell window has been reinstated.

‘‘It has flooded the area with light.’’

An antique chandelier funded by by the Friends of the Forrester and the J.W. Christie Trust has been installed over the staircase. It’s neoclassical design fits with the period of the building. 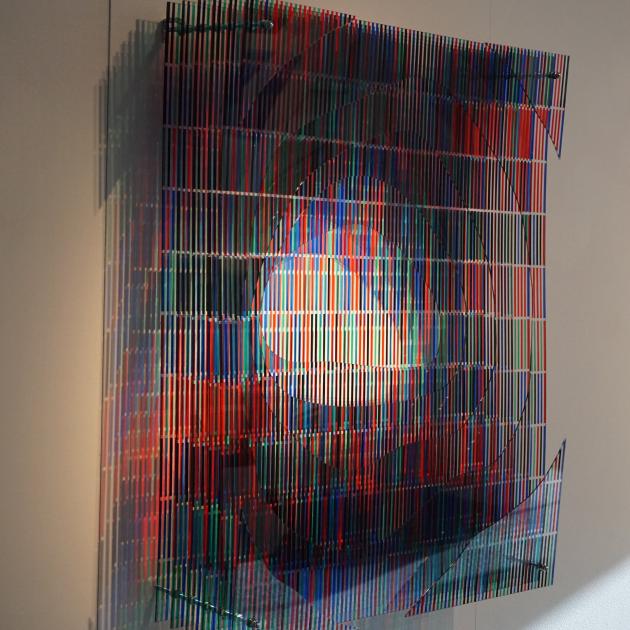 Kate Elder’s DNA barcode: Haliotis iris. PHOTO: SUPPLIED
‘‘It makes up for not having a lift in the building, yet — that’s the next stage.’’

The changes forced a rethink of the gallery’s spaces and the first-floor office space.

They have rejuvenated the bank’s vault to use as a display space — in the past it had been used for storage — to offset the lower ground floor basement gallery being used solely as a collection and preventative conservation area.

The gallery has also rebranded and has a new logo to match its new look.

‘‘It’s based around the original doors at the front of the building.’’

There is still work to be done, including a ‘‘clean room’’ collection space and the construction of an adjoining building to the rear of the gallery to house a lift, touring exhibition galleries, new collection storage, a dedicated education and community space, accessible bathrooms and delivery access.

‘‘We’re definitely keen to be able to do much more with the community.To have that space will be fantastic and not to have to carry furniture up three flights of stairs.’’

After cleaning up the last of the recent building works, getting art on the walls has been her priority.

The gallery had to juggle the exhibition programme, with the original opening exhibition ‘‘The Dawn Raids: Educate to Liberate’’ delayed until 2021 in the hope they can run public programmes around it.

Instead, the gallery will open with ‘‘Our Oceans’’ — an art and science collaboration between the University of Otago and Dunedin School of Art and an exhibition of contemporary works from the gallery’s permanent collection around the concept of place and identity.

‘‘Our Oceans’’ is a collaborative exhibition involving 29 artists and 20 scientists interacting and creating new artworks presenting science in innovative ways.

Exhibition co-coordinator Pam McKinlay said the selected works are from three exhibitions from the annual art and science project.

They were excited to finally be touring the works as part of the project’s initial seed funding had been to travel the works to contribute to public awareness about challenges in the marine environment.

The diverse works speak to a variety of issues including ocean acidification, marine protected areas, estuary conservation and climate change.

Among the works is jeweller Michelle Wilkinson’s sea creature brooches made from repurposed brass and plastic created in response to Dr Vonda Cummings’ work on seafloor biota changes in the Ross Sea and Kate Elder’s acrylic panel work reproducing the DNA barcode of paua made in response to Clare Adams’ work monitoring changes in environmental DNA.

Heremaahina Eketone’s poupou carved from custom board depicts the three Kaitiaki or guardians of the ocean as a response to scientist Georgia Bell’s work investigating the contamination of Karitane estuary and its impact on kaimoana.

McKinlay says the rapidly evolving Covid-19 situation has made organising the exhibition difficult.

‘‘It’s been a real mission planning this. It feels like a miracle that it is getting under way.’’

She hopes to be able to hold workshops and hands-on art events, but whatever happens they have resources available for schools and communities.