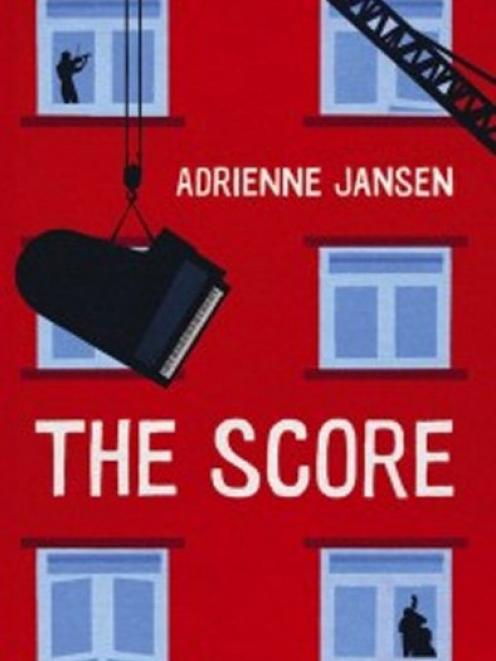 THE SCORE<br><b>Adrienne Jansen</b><br><i>Escalator Press</i>
The Score could have been one of those gloomy novels New Zealand writers are inclined to produce: the characters and storyline are ripe for it.

But author Adrienne Jansen has something altogether different in mind, a story that moves along at a great pace, with smatterings of comedy, and a bunch of eclectic characters.

This disparate (and occasionally desperate) group live in an apartment block in an unnamed large New Zealand city. Most are refugees of one sort or another, from strife, or broken relationships, or emotionally damaging issues. Some have problems with visas, some are in trouble with the law.

The story opens with the shifting of a grand piano into one of the upper-storey flats. Things go wrong, and the piano is badly damaged. Stefan, the person charged with fixing it, is a loner, with a tendency to drop into despair when things fall apart.

Nevertheless he's forced to allow others in the building to help him repair the piano in their various and peculiar ways, and gradually warms to a bunch of people he'd otherwise have ignored.

Music plays a big part in repairing some of the damage these people have suffered, along with the joy of working at a job you love. And the ending rounds things out in a more than satisfactory way.