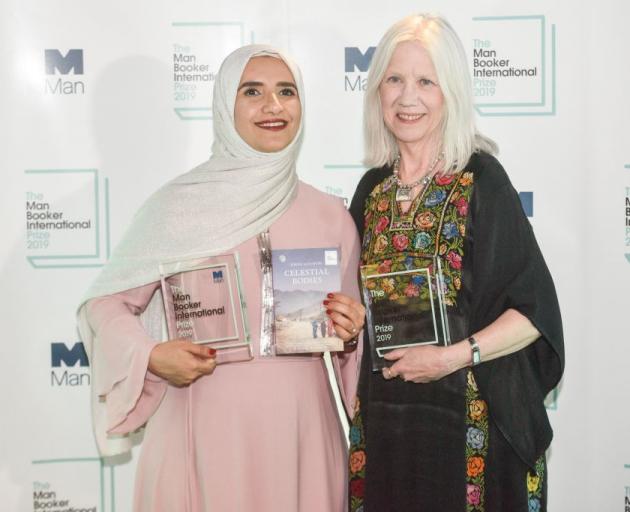 Alharthi is the first Arabic-language writer to get the prize and the first female writer from Oman to be translated into English. She will split the £50,000 ($NZ97,500) purse with her UK-based translator, Marilyn Booth.

Historian Bettany Hughes, who led the judging panel, said the "lyrical" winning novel was "a book to win over the head and the heart in equal measure."

Celestial Bodies confronts Oman's history of slavery, which was abolished in the country only in 1970.

"It's a sensitive subject and kind of a taboo," Alharthi said in onstage interview at the awards ceremony in London.

"But I think literature is the best platform to discuss sensitive issues. And slavery is not exclusive to Oman - it's part of human history."

She said her victory meant "a window has been opened to Arabic literature."

The prize is a counterpart to the Man Booker Prize for English-language novels and is open to books in any language that have been translated into English.

This is the final year of sponsorship by investment firm Man Group PLC, which is halting backing after 18 years.

Starting next year the award will be known as the International Booker Prize.