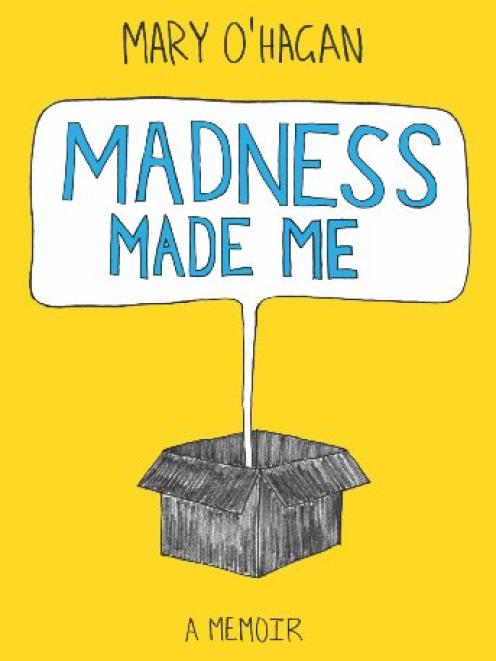 She spent the next few years at the mercy of uncontrollable mood swings that baffled the psychiatrists overseeing her care (diagnoses included bipolar disorder, personality disorder and epilepsy) and failed to respond to standard medications.

But ever the nonconformist, she refused to accept professional opinion her condition was chronic and incurable, and dedicated herself to find meaning and value in her experiences.

Not only did she learn to manage her own condition, O'Hagan became the leading advocate for the rights of mental health patients in New Zealand, and went on to serve as mental health commissioner and to assist the United Nations in the drafting of the latest convention of the rights of people with disabilities.

She remains at the spearhead of the ''mad'' movement, a network of psychiatric survivors fighting to reclaim the concept of, and treatment for, mental illness from the medical profession and replace it with one based on the insight of those who have lived with its reality.

Her autobiography, Madness Made Me, is as much a manifesto as a memoir. In it she describes not only her own journey and what she has learned from it, but draws on the experience of friends and fellow survivors to issue a direct and potent challenge to the conventional understanding of mental illness.

The centre of her thesis is that current perceptions of mental illness actively interfere with a person's ability to recover, by consigning them to a life of limited productivity, responsibility and prospects and by robbing them of any hope of a meaningful existence.

She calls on us instead to value madness as a natural extension of the human condition, and to recognise the real road to recovery lies not in the opinions of ''experts'' but in the lessons learned by those who have trodden this path before us.

As a fellow psychiatric survivor, what struck me first was how closely her experiences parallel my own, despite our very different diagnoses and the two decades that separate our treatment.

Some of her views will be highly challenging, even for other former patients. I struggled with her assertion that neither compulsory treatment nor medication has any real place in treatment, given the role of both in my eventual recovery.

But even her most contentious suggestions highlight important points. For example, many psychiatric drugs have very unpleasant side effects, but treatment resistance is sometimes cited as proof of impaired competence that justifies enforced administration, even as we accept people's rejection of chemotherapy on the same grounds.

Instead of interpreting non-compliance as a symptom of illness, we should look at why it is so common and seek better therapeutic options.

And if the main advantage of compulsory treatment orders is, as some patients and families have reported, to allow people to ''queue-jump'' access to services, we need to fund the sector better.

It is certainly true treatment options and public acceptance of illnesses such as depression have improved, but there is a long way to go.

Madness Made Me opens with a description of the treatment O'Hagan actually received, and closes with the ideal ''how it might have been''; a residential crisis house run by and for patients, where multiple treatments and services would be available for her to choose or reject and the role of her psychiatrist would be to describe, not prescribe different therapeutic and medication alternatives.

It may be a utopian scenario and I think it will be a long time until we get anywhere close to her dream, but we need to keep up the fight.