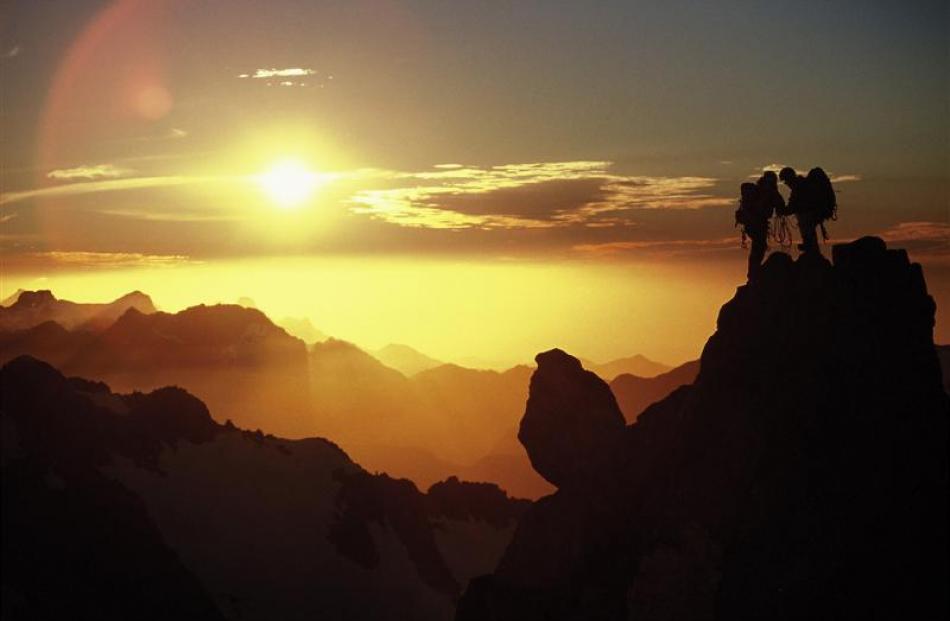 Climbers at Kaipo Wall, New Zealand's largest rock face, in the Darran Mountains, Fiordland, are pictured in an image from Going to Extremes. Photo by Derek Grzelewski. 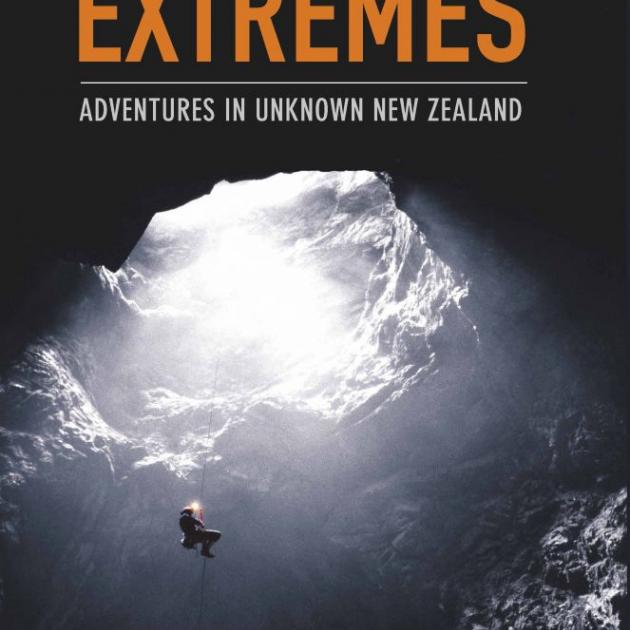 GOING TO EXTREMES<br>Adventures in Unknown New Zealand<br><b>Derek Grzelewski</b><br><i>Bateman</i>
Polish-born and Wanaka-based author Derek Grzelewski has, to my mind, long been one of our top exponents of the long-form magazine article.

In Going to Extremes, 11 of what he considers to be his best pieces - mostly, if not all, originally published in NZ Geographic - get another airing. A prologue recounts the author's dramatic escape from the military draft in communist Poland by crossing the Carpathian Mountains.

Although the stunning cover image of an abseiler descending into Harwood's Hole would suggest the extremes of the title would mean the book is filled with tales of derring-do in the back country, Grzelewski defines ''extreme'' more widely.

He says ''the extreme is where life is lived to its fullest, where evolution takes place, where growth occurs, where we test ourselves and are tested''.

His essays include in-depth looks at the kakapo and kiwi conservation programmes, the Arthur Lydiard-inspired growth of recreational running over the past 50 years and the life of aviator Jean Batten, as well as stories on caving, avalanches and diving on the wreck of the Mikhail Lermontov.

One of the author's strengths is his ability to get alongside his subjects in a variety of challenging environments. In the caving chapter, he's spent time in the labyrinths beneath Kahurangi National Park with top cavers like Kerry and Neil Silverwood and Lindsay Main. He's experienced the alien feeling of diving into dark holes and the terror of wriggling through tight spaces.

He's also spent cold nights with rangers and scientists pursuing kiwi and kakapo, and, although it isn't stated, I'd be amazed if his essay on prospector and accidental explorer Alphonse Barrington didn't include a research trip to the remote Olivine Range in Mount Aspiring National Park.

This ability to inject himself seamlessly into many of the tales, together with an engaging writing style, makes for a good read. The ''extreme'' theme doesn't really link the stories very well, so the book should perhaps be viewed as a collection of stand-alone chapters. There are 16 pages of photos - some, perplexingly, not related to any of the chapters - and a useful selected reading list to round the book off.

- David Barnes is an avid tramper and armchair mountaineer.