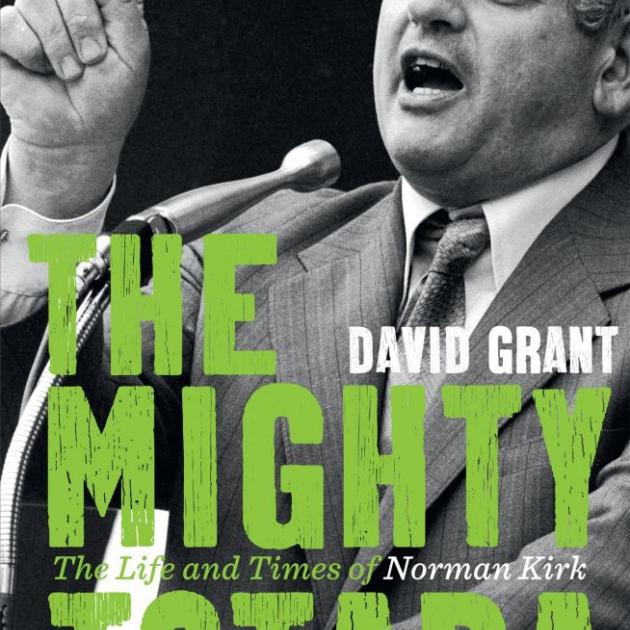 He had, at the time, and still has now, the gravitas needed by political leaders. But Kirk had something else altogether. He was a visionary, well ahead of his time.

Whether or not his superannuation scheme would have turned New Zealand into the Singapore of the South Pacific can still be debated earnestly and with feeling at many political gatherings.

His opposition to nuclear testing in the Pacific was seen as outrageous by many on the right, but Kirk still managed close friendships with leaders of countries determined to continue with the damaging testing programmes.

His opposition to racially selected South African rugby teams caused him enormous angst as to whether he should stop the 1973 tour to New Zealand. His deep concern about the low level of Lake Manapouri caused some major changes in the plans for electricity plant development. He changed Waitangi Day to New Zealand Day, a name debate which continues today.

I grew up with ''Norman Kirk'', or ''Big Norm'' as a familiar name. Kirk stood unsuccessfully for Labour against my grandfather, Bill Gillespie.

Kirk became a young mayor of Kaiapoi, a town a few kilometres from where I lived in Rangiora. One of my distant relatives also served in the Holyoake Government. The Kirk name was often brought up in conversation. 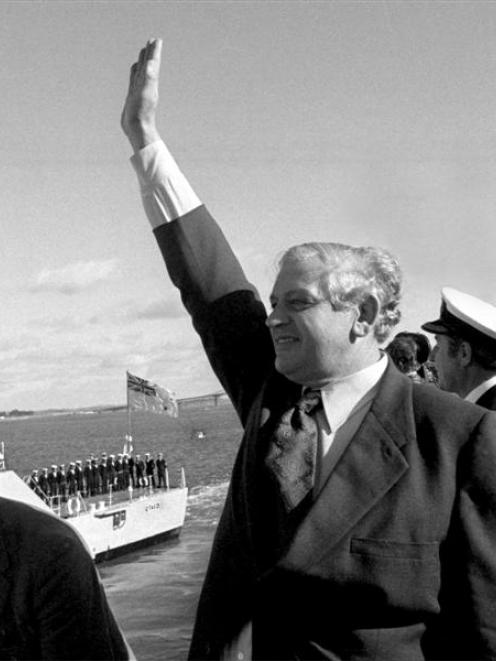 Norman Kirk bids farewell to HMNZS Otago as it sets sail for Mururoa Atoll in June 1973. Photo by The New Zealand Herald.
As a boarder at Waitaki Boys' High School, another boarder, whose grandfather had also been an MP, and I formed a political ''ginger group'' and were allowed to attend a Kirk political meeting in 1969 in the Oamaru Garrison Band Hall where we both got to ask a question. Kirk was the first prime minister I officially interviewed, when I was a junior reporter in South Canterbury in 1973, and I covered his death and later funeral in his home town of Waimate in 1974.

Therefore it was with some trepidation I opened this book. Sadly, there were some mistakes in the first few pages which made me wary.

The incorrect use of an MP's first name, instead of the name he went by, and the sequence inside the Waimate pub in which

Kirk poured beers and left seemingly embarrassed when locals failed to take much notice of him (I was there), felt awkward because the sequence described in the book did not ring true.

The MP who succeeded my grandfather was Herbert Elmer Lorraine Pickering and was known as ''Lorrie'', not Herbert.

Kirk did not get out from behind the bar to joke and instruct locals in pool in Waimate in my memory because after being talked into getting behind the bar and pouring five-ounce beers, he became awkward when only a few of his relatives recognised and talked to him.

However, these blips aside, the book is a gripping yarn of the politics of the day and does provide some insight but no conclusion as to why

Kirk seemed to have a death wish. He died at 51, after one year, eight months and 23 days in office. He knew he had bad health but ordered officials to cover up how ill he was. Kirk's appetite for food, fizzy drink and alcohol overshadowed his appetite for life. He was in a hurry to complete tasks which

Grant hints was because he knew he was going to die early.

As a party leader, Kirk was a hard taskmaster with an enormous grasp across portfolios, something Helen Clark had when she was Labour prime minister for nine years. Kirk tore strips off backbenchers for not staying awake during marathon debates and often raised himself off his sickbed in Parliament to enter the debating chamber, taking the challenge to the National government of the day.

As a prime minister, he was ruthless, trusting very few of his colleagues.

Grant, a former Otago Daily Times reporter, touches on what became a strained relationship between Kirk and his wife Ruth, later Dame Ruth.

Many of the reforms Kirk introduced were rolled back once National became government in 1975. But his legacy, as outlined by Grant, will remain an integral part of this country's political history.