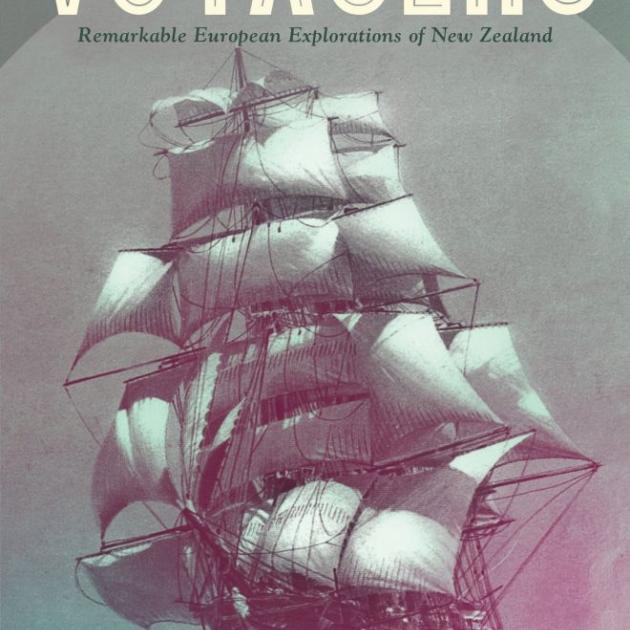 THE VOYAGERS<br>Remarkable European Explorations of New Zealand<br><b>Paul Moon</b><br><i>Penguin</i>
Our interest in early European explorers and settlers never seems to abate.

The Voyagers doesn't go back to the days of Cook, Banks and d'Urville but it does offer potted summaries of the experiences of 22 (mainly) British explorers in the first half of the 19th century.

Moon divides his men (they are all blokes, given social attitudes of the day) into five categories: soldiers and sailors, travellers and settlers, missionaries, artists and finally officials.

Chances are some of their names will be familiar to you: Samuel Marsden, Henry Williams, Ernst Dieffenbach, Charles Heaphy, Edward Jerningham Wakefield and Ferdinand von Hochstetter, for example.

No-one would call them a representative bunch. They were literate, so missionaries talk about whalers and sealers and not vice versa. Most also wrote about the North Island, although Edward Shortland, that influential documenter of early southern New Zealand is one of the subjects, as is nurseryman Thomas Shepherd, who documented Stewart Island in the 1820s.

It was a period of change and of adventure: cross-cultural contact and conflict, physical endurance and a constant battle for minds and souls. Colour plates record early artists' impression of the new lands.

Although The Voyagers may offer little new to history buffs, it is a useful introduction for lay readers to an interesting bunch of influential cross-cultural travellers.

Moon's section openings are just a page long, but he avoids ''quote and connect'' superficiality, quoting selectively and offering his own concise estimation of the men and their accomplishments. His summary of Lieutenant Henry McKillop, for example, reminded me that this interesting young naval officer recorded a rare example of the administration of pre-European Maori justice.

If this book whets your appetite, most of the voyagers' narratives can be found at the larger libraries, and short biographies of many of Moon's subjects can be read online in the Te Ara biographical section and some of their narratives can be accessed through the New Zealand Electronic Text Collection.