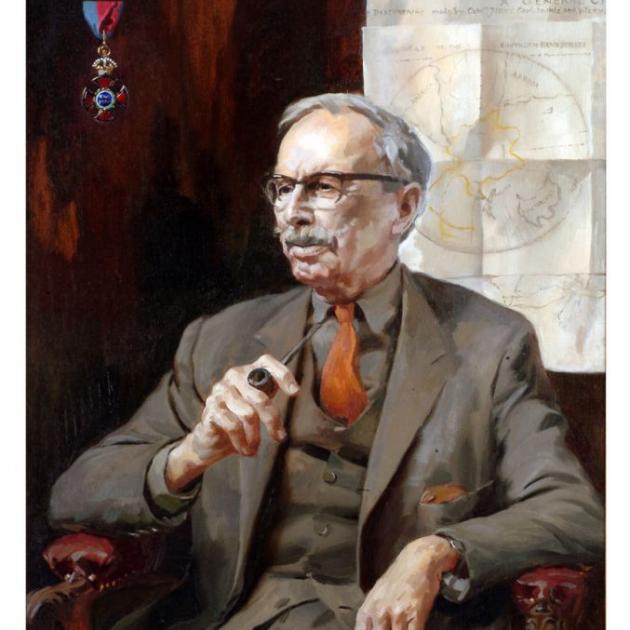 I THINK I AM BECOMING A NEW ZEALANDER<br>Letters Of J.C. Beaglehole<b><br><i>Tim Beaglehole (editor)</b><br><i>Victoria University Press</i>
How we change with time!

In Depression-era Dunedin he much preferred watching ''Mickey the Mouse. Admirable. Sublime''.

Young J.C. Beaglehole was clearly unhappy. Despite earning a fine PhD from the London School of economics, he found himself locked out of British or American academic posts by the Great Depression.

Although critical of the British - in his early letters he sometimes comes across as slightly full of himself - Beaglehole enjoyed the heady, left-wing academic culture of the Old Country.

''I believe in faith & tolerance & love & geniality. And I believe in scepticism & intolerance & hate & bitterness. And don't accuse me of lack of proportion.''

He would have put down roots had a suitable post come up, but instead he used his free passage back to New Zealand to eke out a precarious living on temporary contracts. His progressive politics caused him problems and denied him at least one academic post.

Beaglehole's radicalism was mostly exaggerated. In this collection of letters, chosen by his historian son Tim, we find him surprising himself by siding with King Edward VIII over the abdication crisis - ''I was a Royalist, & to hell with Parliament, [British Prime Minister] Stanley Baldwin & the Statute of Westminster.''

But things turned for the better in the mid/late 1930s as the economy picked up and the new Labour government promoted an interest in New Zealand history and culture. Beaglehole secured a post at Victoria in Wellington and berths advising the government on the centennial history programme, on typography, book design and on other matters. He always did the town/gown thing better than most academics.

Beaglehole's own publishing also took off. His 1934 book The Exploration of the Pacific led to a life-long interest in James Cook, Joseph Banks and the rest of that crew. Definitive editions of the journals of Cook and Banks followed in the 1960s and were capped off by a landmark biography of Cook, published posthumously in 1974.

Beaglehole's research and collaboration with international colleagues over the Cook project forms a substantial part of the book. Other major strands include correspondence with his sons, and an affectionate one with publisher Janet Paul, with whom he had an affair that was one of the surprises of Tim Beaglehole's research for his 2006 biography of his father.

Music, books, design, civil liberties, these are all grist to the mill for a man who was for decades part of the national cultural scene. You can almost see him puffing his pipe while trying to keep on top of his correspondence.

Over time Beaglehole wrote himself more comfortably into New Zealand society. Although he was offered several prestigious overseas posts, he declined them all. In 1946, writing to an Australian colleague, he explained that ''I think I am becoming a New Zealander. A good many other people are becoming New Zealanders. I think that in the last ten years we have proved that we can think for ourselves in N.Z., and do some interesting things.''

The young man who declared that ''I'm not going to pay N.Z. prices for books'' even became a regular customer of Paul's Book Arcade and Roy Parsons.

The letters, carefully annotated by Tim Beaglehole, can be read independently of his 2006 biography. The subject matter and the $80 price may restrict the audience, but those interested in our mid-20th century cultural life will enjoy I Think I Am Becoming a New Zealander.